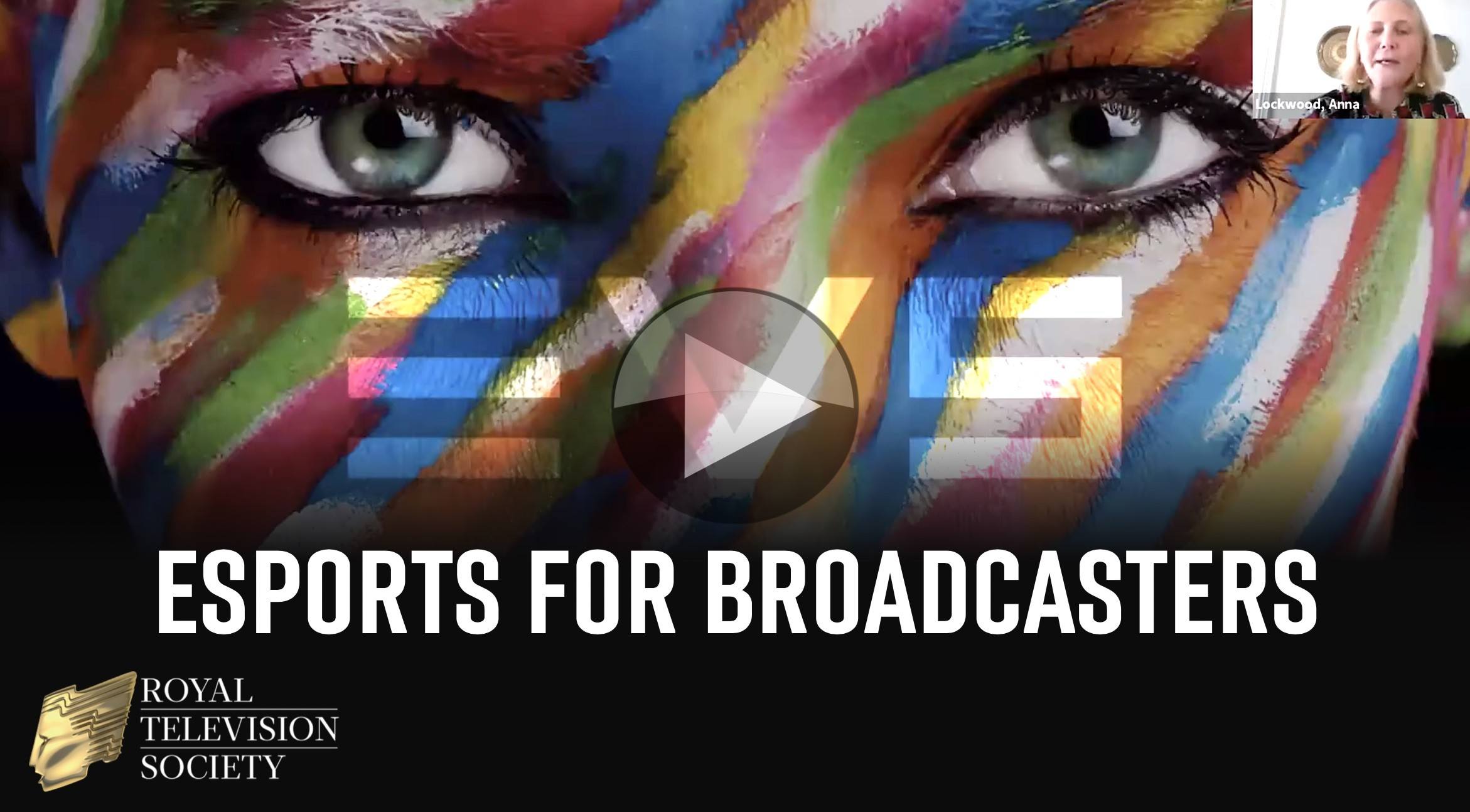 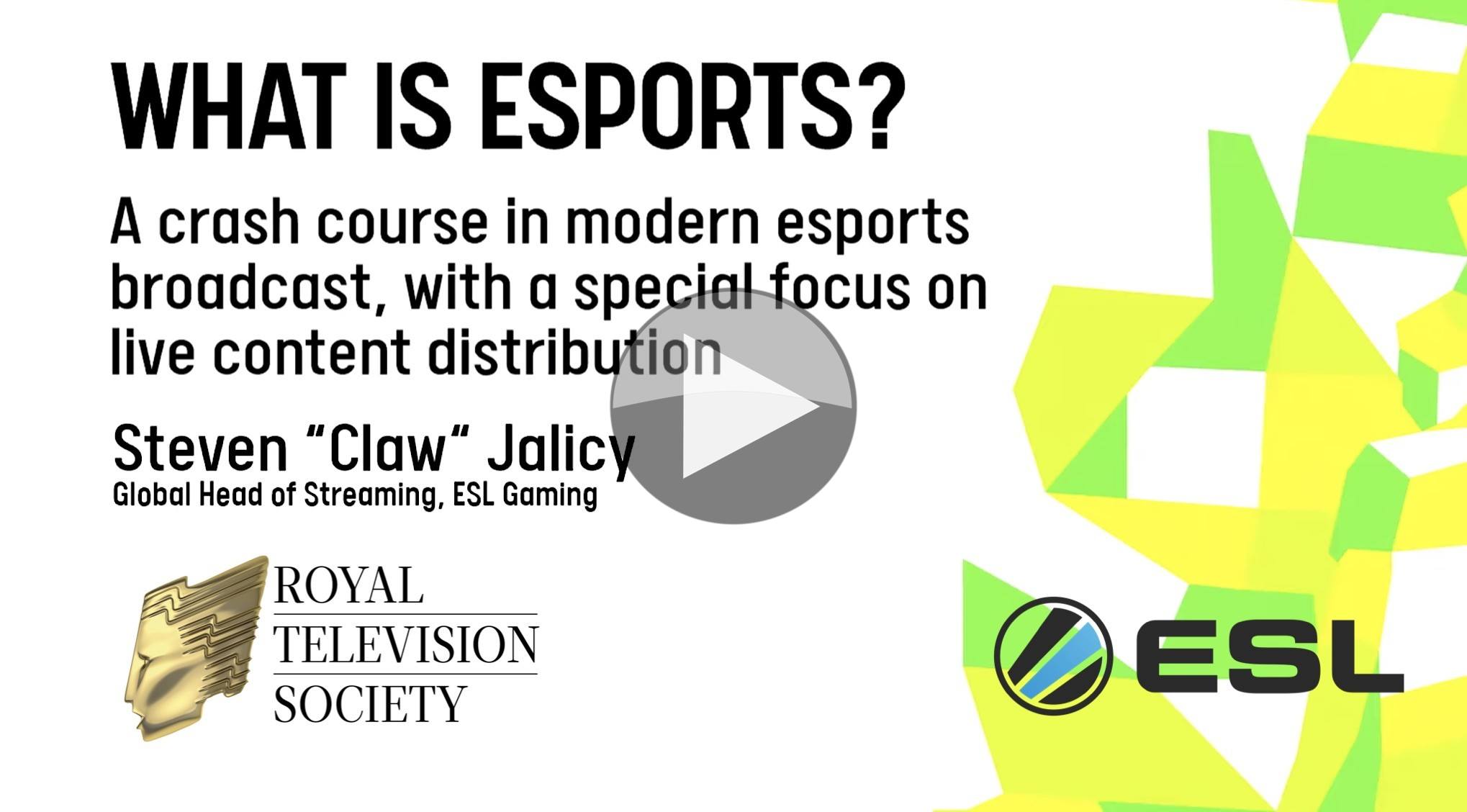 With an estimated global revenue of over USD1.1 billion1 and a global audience of almost half a billion people2, esports is a big industry and all accounts report it as growing. Although it sounds different, when you look behind the scenes, there’s actually lot of equipment and production that a broadcaster would recognise, as we showed in this behind the scenes footage that we featured in a previous article

Press play below as a taster before the main video to be a fly on the wall for five minutes as the tension mounts at this esports event final.

In this today’s talk from the Royal Television Society, Thames Valley, we’re introduced to esports from the bottom up: What it is, who does it and which companies are involved. I think esports is special in its ability to capture the interest of the broadcast industry, but exactly what it is and how it’s structured…few actually know. That’s all changing here, with Steven “Claw” Jalicy from ESL.

Steven explains that ESL is the largest company that runs tournaments and competitions outside of the games publishers. He explains that, unlike sports such as tennis, athletics and football which don’t have ‘owners’, all esports games have publishers who are able to control the way that gaming happens and have the ability to run tournaments themselves or, in effect, franchise this out around the world.

Steven takes us through the broadcast chain. Usually held in a stadium, OB kit and temporary set ups are nothing new to to the broadcast sports community. The first thing which is a change however, is ‘in-game’. There’s a lot more to covering esports than tennis in as much as for a tennis match you can turn up with some cameras and ball tracking kit and televise the games. Whilst doing it well is by no means trivial, with esports there are many more levels due to the fact that we have human players who are playing computer characters; to experience both the real and the in-game drama you need camera angles both in the real world and within the game. These in-game camera operators are call observers and just like real-life camera operators, their task is to capture all the action of the game. Sometimes this is done by following the players, sometimes by a birds-eye-view camera, depending on the game and, as ever, the publisher. 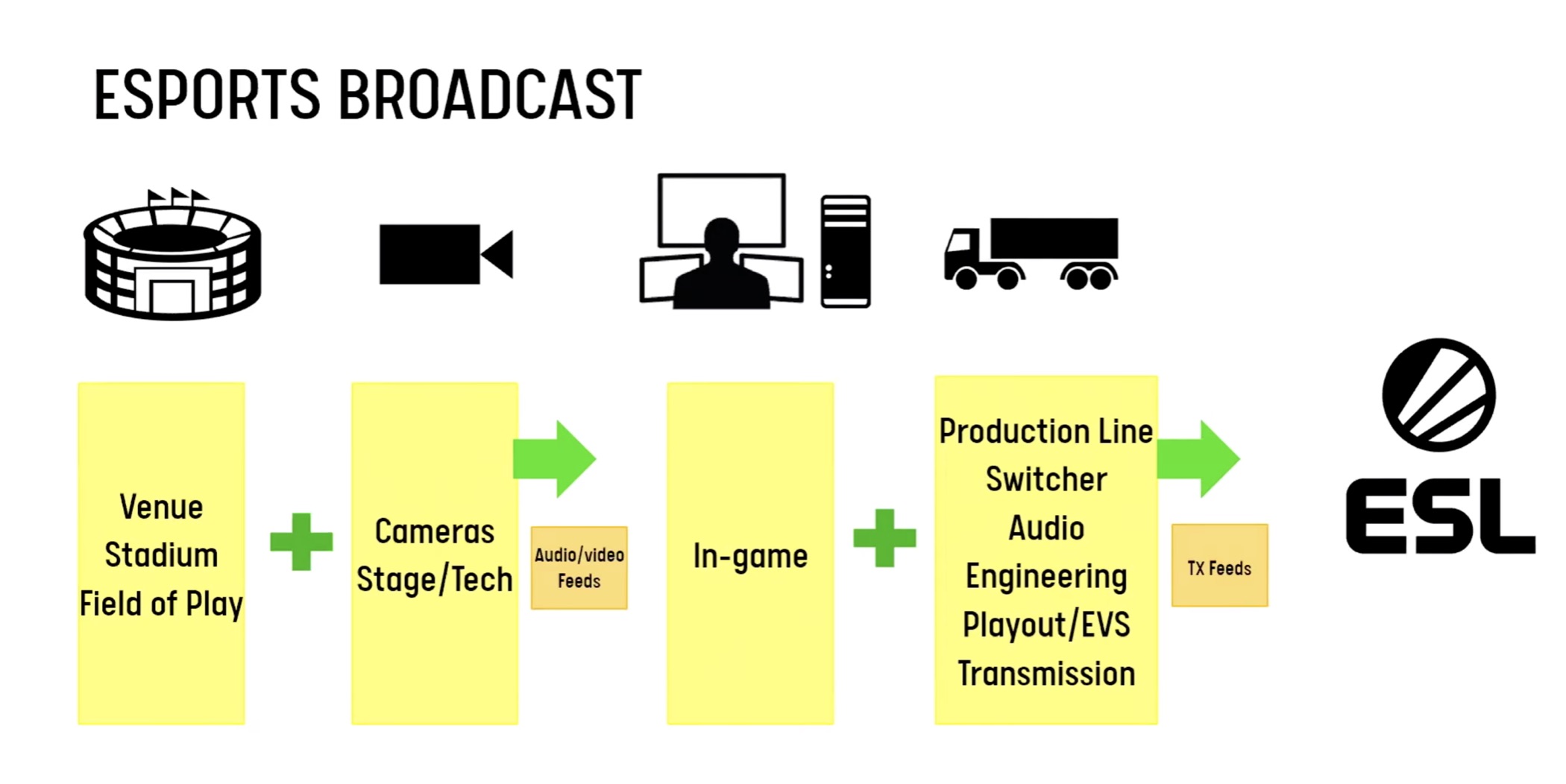 Naturally when you have a peak viewership of over a million people, streaming and live content distribution is really important. ESPN and, more recently, Eurosport have been airing esports so it’s important to realise that linear distribution is very much part of the mix for esports, it’s not an on-line only thing, though most of the numbers shared are the verified streaming numbers.

Steven talks about some of the challenges ESL faces in delivering the highest quality streams with so many tournaments happening and then moving to remote operation.

ESL prefers to build their own hardware for several reasons that Steven explains which include having the result fully-customisable and simplifying replacements. Similarly, ffmpeg and other open-source encoding is favoured for similar reasons.

The discussion finishes off with an extensive Q&A session including the ‘sanctity’ of the players’ equipment, the threshold for choosing to use vendor equipment (EVS vs Mediakind), transport over the internet and much more.