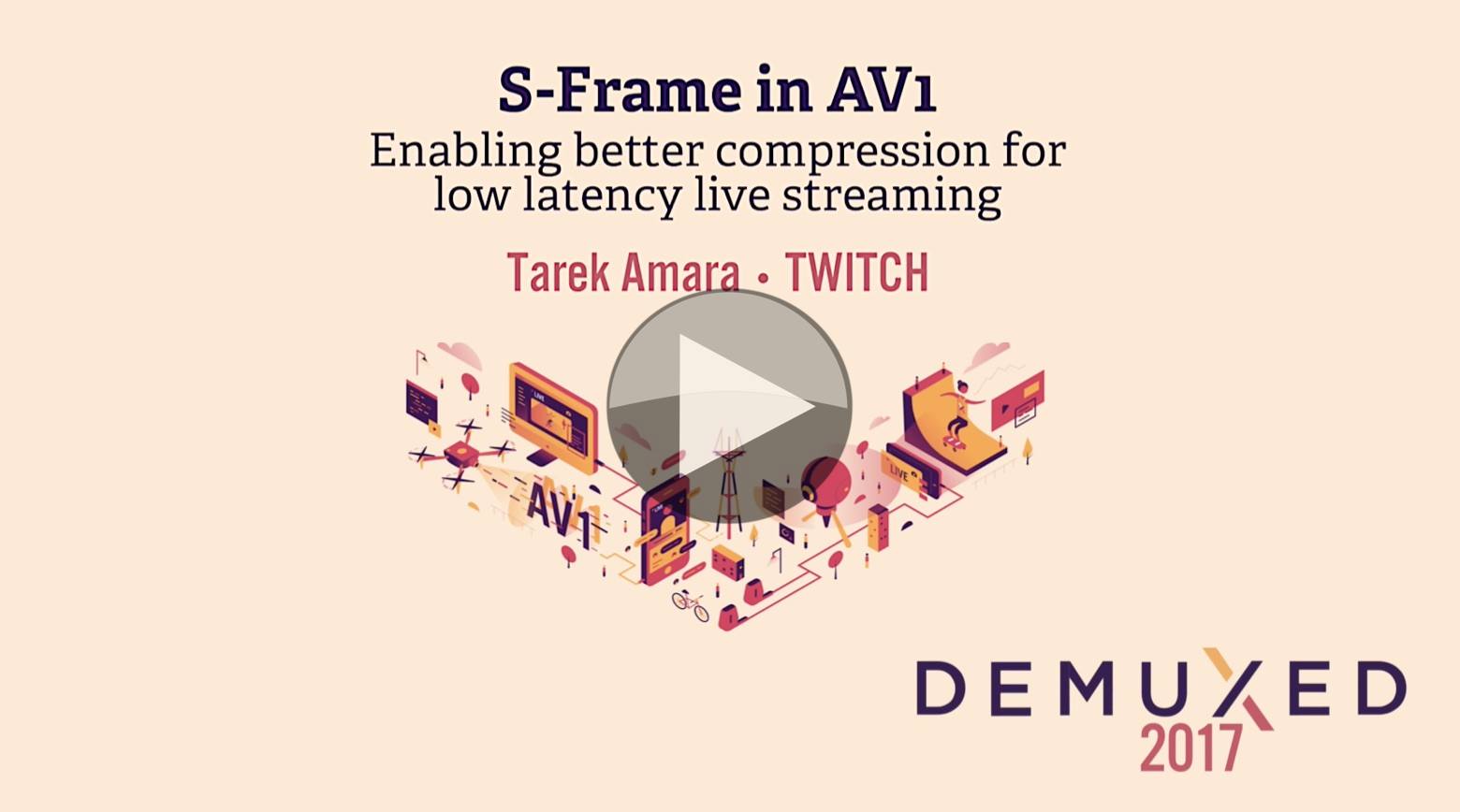 Streaming is such a success because it manages to deliver video even as your network capacity varies while you are watching. Called ABR (Adaptive Bitrate), this short talk asks how we can allow low-latency streams to nimbly adapt to network conditions whilst keeping the bitrate low in the new AV1 codec.

Tarek Amara from Twitch explains the idea in AV1 of introducing S-Frames, sometimes called ‘switch frames’, which take the role of the more traditional I or IDR frames. If a frame is marked as an IDR frame, this means the decoder knows it can start decoding from this frame without worrying that it’s referencing some data that came before this frame. By doing this, you can allow frequent points at which a decoder can enter a stream. IDR frames are typically I frames which are the highest bandwidth frames, by a large proportion. This is because they are a complete rendition of a frame without any of the predictions you find in P and B frames.

Because IDR frames are so large, if you want to keep overall bandwidth down, you should reduce the number of them. However, reducing the number of frames reduces the number if ‘in points’ for for the stream meaning a decoder then has to wait longer before it can start displaying the stream to the viewer. An S-Frame brings the benefits of an IDR in that it still marks a place in the stream where the decoder can join, free of dependencies on data previously sent. But the S-Frame is takes up much less space.

Tarek looks at how an S-Frame is created, the parameters it needs to obey and explains how the frames are signalled. To finish off he presents tests run showing the bitrate improvements that were demonstrated.
Watch now!
Speaker