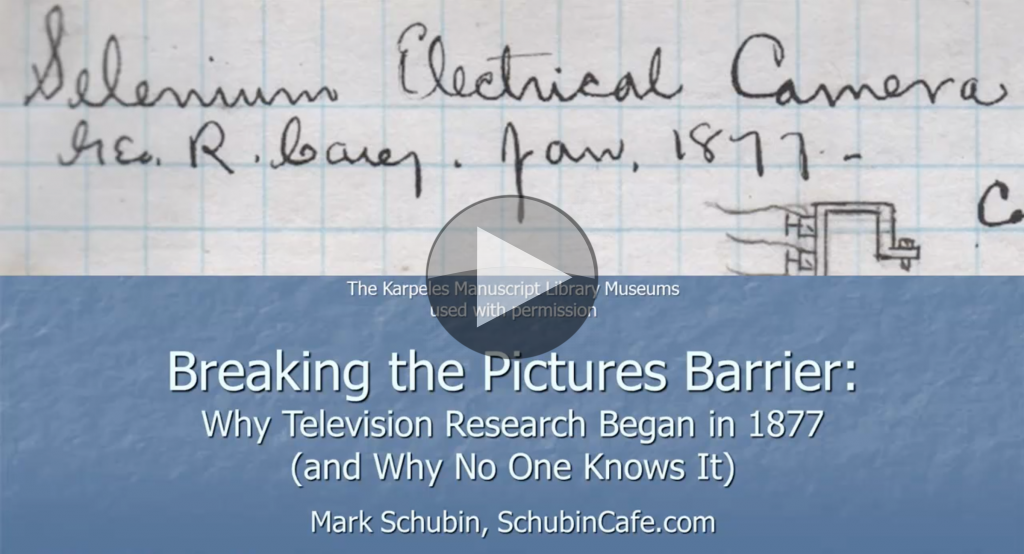 Another incredibly researched talk from Mark Schubin, documenting the early history of Television and ending on why the earliest work is so poorly documented. With restored videos from 1930s ‘Baird Disks’, newspaper & journal extracts, this is a fascinating history.

Prior to 1877, there was no hint of a television camera — not even in science fiction or fantasy. In 1877, eight people, in five countries on both sides of the Atlantic, began working on television systems, and there has not been a year since without television research (though the word “television,” itself, wasn’t coined until 1900). Why the “vision barrier” between 1876 and 1877? How did it get broken? Why don’t television history books discuss it? After extensive research, Mark Schubin has found the answers.

Watch now to find out!