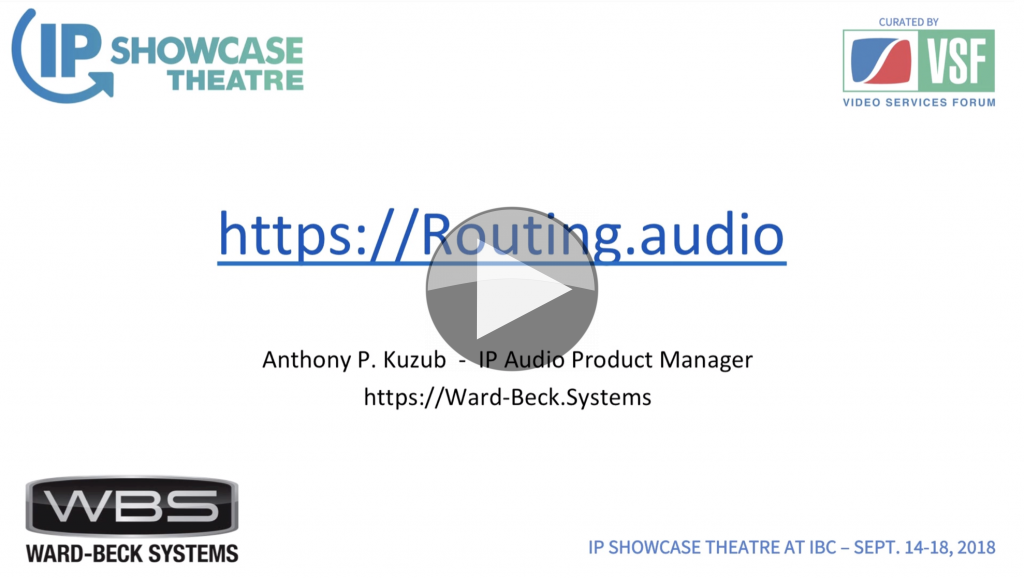 Well ahead of video, audio moved to uncompressed over IP and has been reaping the benefits ever since. With more mature workflows and, as has always been the case, a much higher quantity of feeds than video traditionally has, the solutions have a higher maturity.

Anthony from Ward-Beck Systems talks about the advantages of audio IP and the things which weren’t possible before. In a very accessible talk, you’ll hear as much about soup cans as you will about the more technical aspects, like SDP.

Whilst uncompressed audio over IP started a while ago, it doesn’t mean that it’s not still being developed – in fact it’s the interface with the video world where a lot of the focus is now with SMPTE 2110-30 and -31 determining how audio can flow alongside video and other essences. As has been seen in other talks here on The Broadcast Knowledge there’s a fair bit to know.(Here’s a full list.

To simplify this, Anthony, who is also the Vice Chair of AES Toronto, describes the work the AES is doing to certify equipment as AES 67 ‘compatible’ – and what that would actually mean.

This talk finishes with a walk-through of a real world OB deployment of AES 67 which included the simple touches as using google docs for sharing links as well as more technical techniques such as virtual sound card.

Packed full of easy-to-understand insights which are useful even to those who live for video, this IP Showcase talk is worth a look.