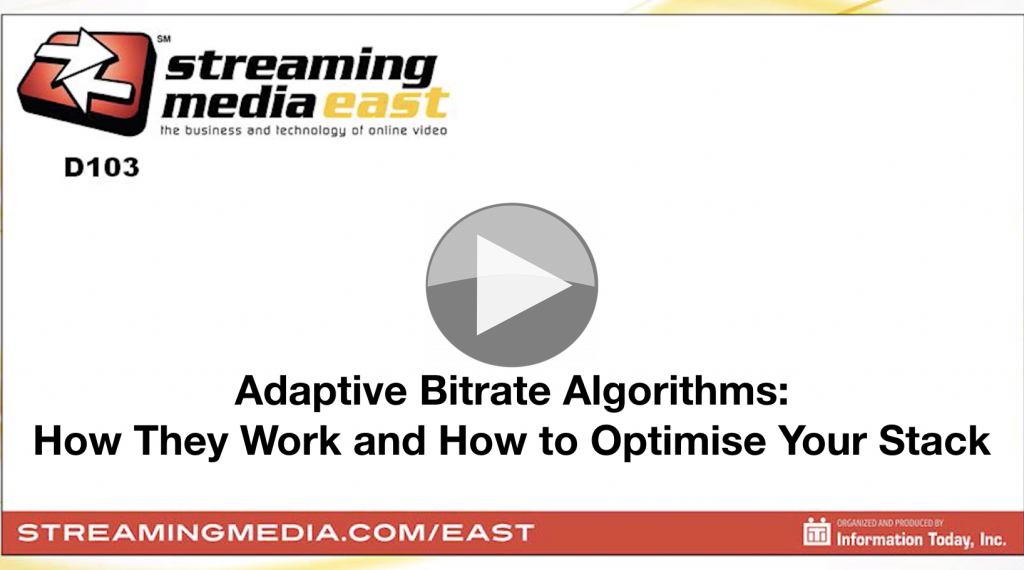 Streaming on the net relies on delivering video at a bandwidth you can handle. Called ‘Adaptive Bitrate’ or ABR, it’s hardly possible to think of streaming without it. While the idea might seem simple initially – just send several versions of your video – it quickly gets nuanced.

Streaming experts Streamroot take us through how ABR works at Streaming Media East from 2016. While the talk is a few years old, the facts are still the same so this remains a useful talk which not only introduces the topic but goes into detail on how to implement ABR.

The most common streaming format is HLS which relies on the player downloading the video in sections – small files – each representing around 3 to 10 seconds of video. For HLS and similar technologies, the idea is simply to allow the player, when it’s time to download the next part of the video, to choose from a selection of files each with the same video content but each at a different bitrate.

Allowing a player to choose which chunk it downloads means it can adapt to changing network conditions but does imply that each file has contain exactly the same frames of video else there would be a jump when the next file is played. So we have met our first complication. Furthermore, each encoded stream needs to be segmented in the same way and in MPEG, where you can only cut files on I-frame boundaries, it means the encoders need to synchronise their GOP structure giving us our second complication.

These difficulties, many more and Streamroot’s solutions are presented by Erica Beavers and Nikolay Rodionov including experiments and proofs of concept they have carried out to demonstrate the efficacy.