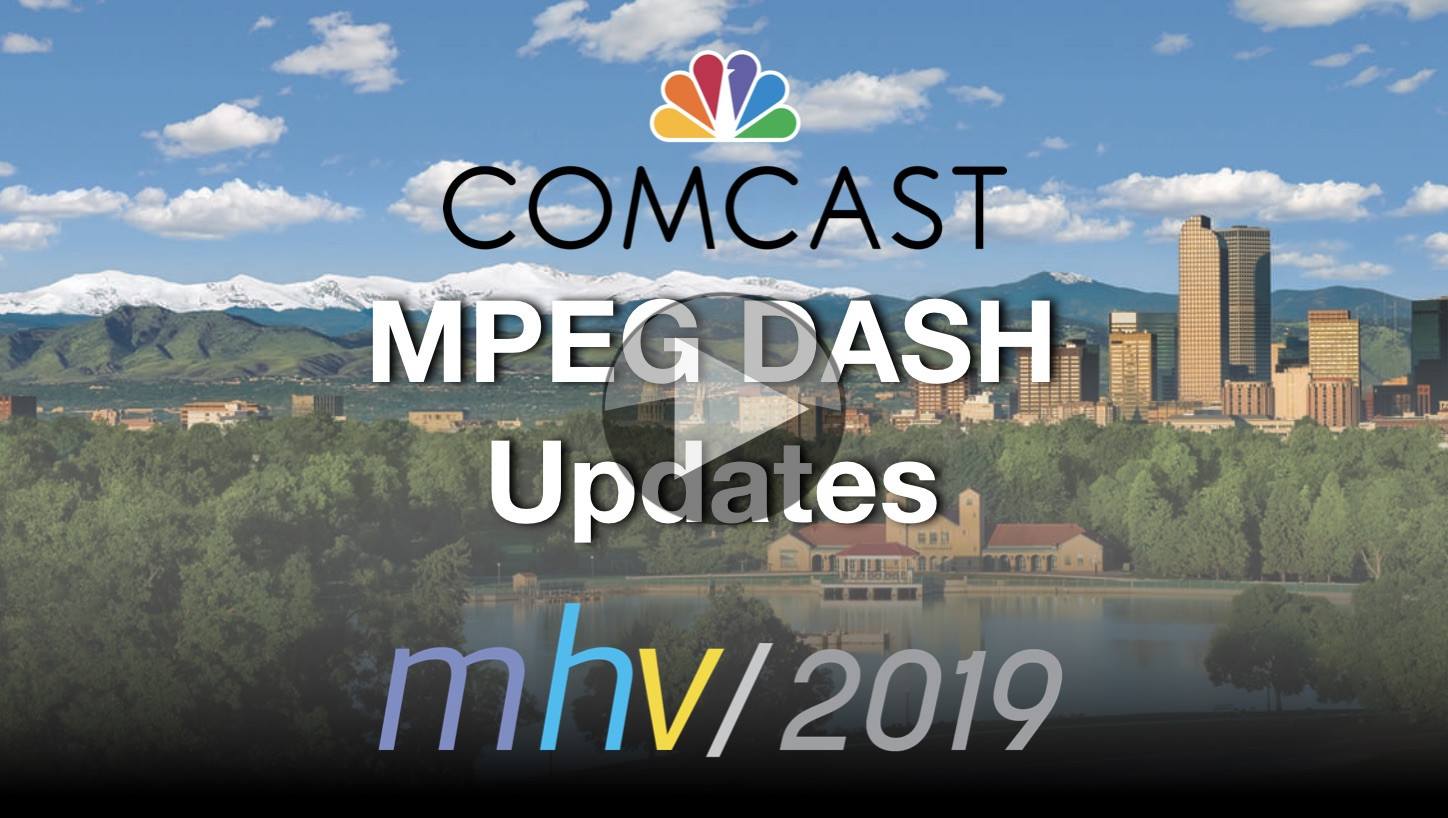 MPEG DASH is a standardised method for encapsulating media for streaming similar to Apple’s HLS. Based on TCP, MPEG DASH is a widely compatible way of streaming video and other media over the internet.

MPEG DASH is now on its 3rd edition, its first standard being in 2011. So this talk starts by explaining what’s new as of July 2019 in this edition. Furthermore, there are amendments already worked on which are soon to add more features.

Iraj Sodagar explains Service Descriptors which will be coming that allow the server to encapsulate metadata for the player which describes how the publisher intended to show the media. Maximum and minimum latency and quality is specified. for instance. The talk explains how these are used and why they are useful.

Another powerful metadata feature is the Initialization Set, Group and Presentation which gives the decoder a ‘heads up’ on what the next media will need in terms of playback. This allows the player to politely decline to play the media if it can’t display it. For instance, if a decoder doesn’t supply AV1, this can be identified before needing to attempt a decode or download a chunk.

Iraj then explains what will be in the 4th edition including the above, signalling leap seconds and much more. This should be published over the next few months.

Amendement 1 is working towards a more accurate timing model of events and defining a specific DASH profile for CMAF (the low-latency streaming technology based on DASH) which Iraj explains in detail.

Finishing off with session based DASH operations, a look over the DASH workplan/roadmap, ad insertion, event and timed metadata processing, this is a great, detailed look at the DASH of today and of 2020.