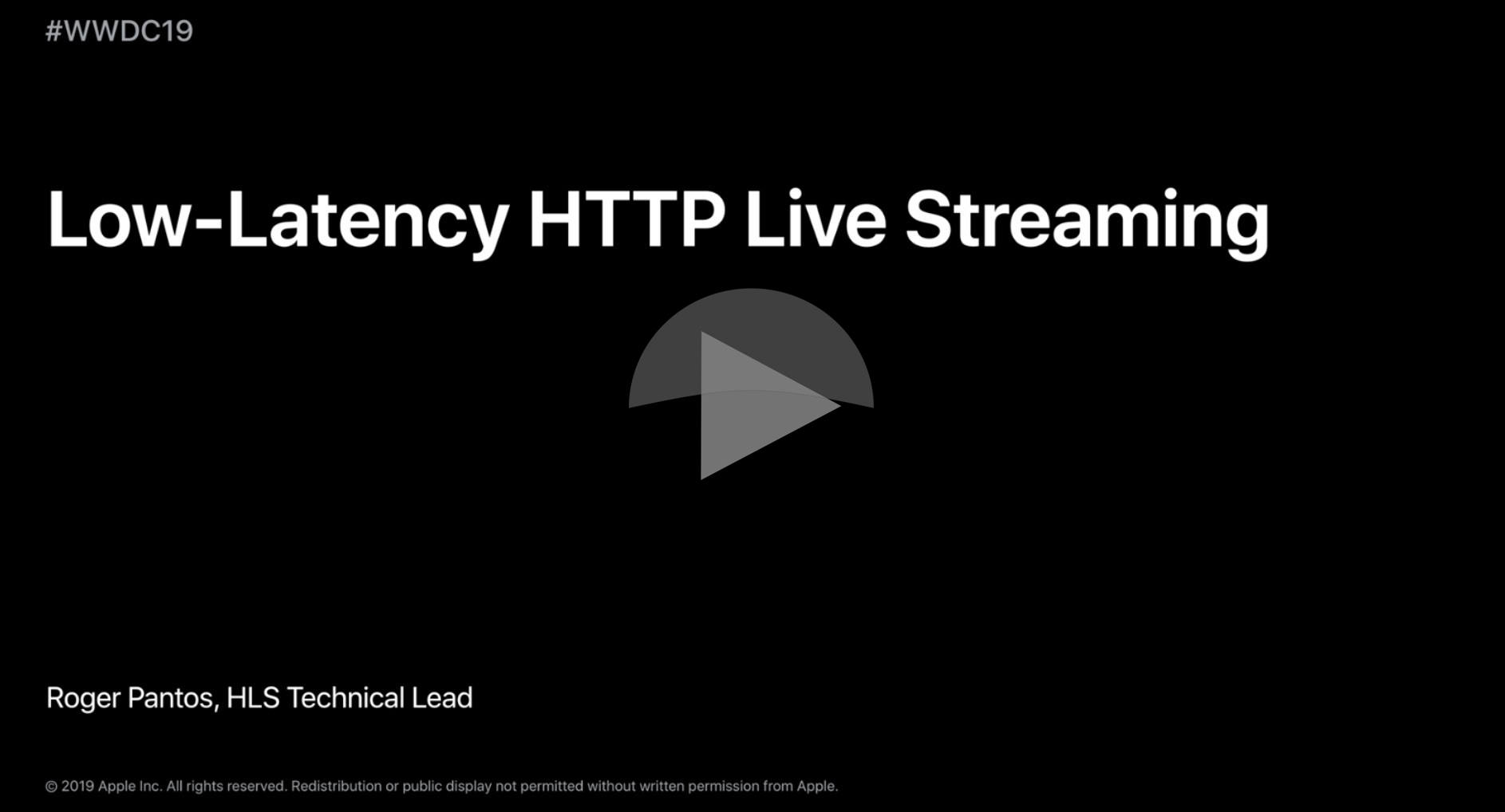 HLS has taken the world by storm since its first release 10 years ago. Capitalising on the already widely understood and deployed technologies already underpinning websites at the time, it brought with it great scalability and the ability to seamlessly move between different bitrate streams to help deal with varying network performance (and computer performance!)

HLS has continued to evolve over the years with the new versions being documented as RFC drafts under the IETF. Its biggest problem for today’s market is its latency. As originally specified, you were guaranteed at least 30 seconds latency and many viewers would see a minute. This has improved over the years, but only so far.

Low-Latency HLS (LL-HLS) is Apple’s answer to the latency problem. A way of bringing down latency to be comparable with broadcast television for those live broadcast where immediacy really matters.

Please note: Since this video was recorded, Apple has released a new draft of LL-HLS. As described in this great article from Mux, the update’s changes are

Read the full article for the details and implications, some of which address some points made in the talk.

Furthermore, THEOplayer have released this talk explaining the changes and discussing implementation.

This talk from Apple’s HLS Technical Lead, Roger Pantos, given at Apple’s WWDC conference this year goes through the problems and the solution, clearly describing LL-HLS. Over the following weeks here on The Broadcast Knowledge we will follow up with some more talks discussing real-world implementations of LL-HLS, but to understand them, we really need to understand the fundamental proposition.

Apple has always been the gatekeeper to HLS and this is one reason the MPEG DASH exists; a streaming standard that is separate to any one corporation and has the benefits of being passed by a standards body (MPEG). So who better to give the initial introduction.

HLS is a chunk-based streaming protocol meaning that the illusion of a perfect stream of data is given by downloading in quick succession many different files and it’s the need to have a pipeline of these files which causes much of the delay, both in creating them and in stacking them up for playback. LL-HLS uses techniques such as reducing chunk length and moving only parts of them in order to drastically reduce this intrinsic latency.

Another requirement of LL-HLS is HTTP/2 which is an advance on HTTP bringing with it benefits such as having multiple requests over a single HTTP connect thereby reducing overheads and request pipelining.

Roger carefully paints the whole picture and shows how this is intended to work. So while the industry is still in the midst of implementing this protocol, take some time to understand it from the source – from Apple.