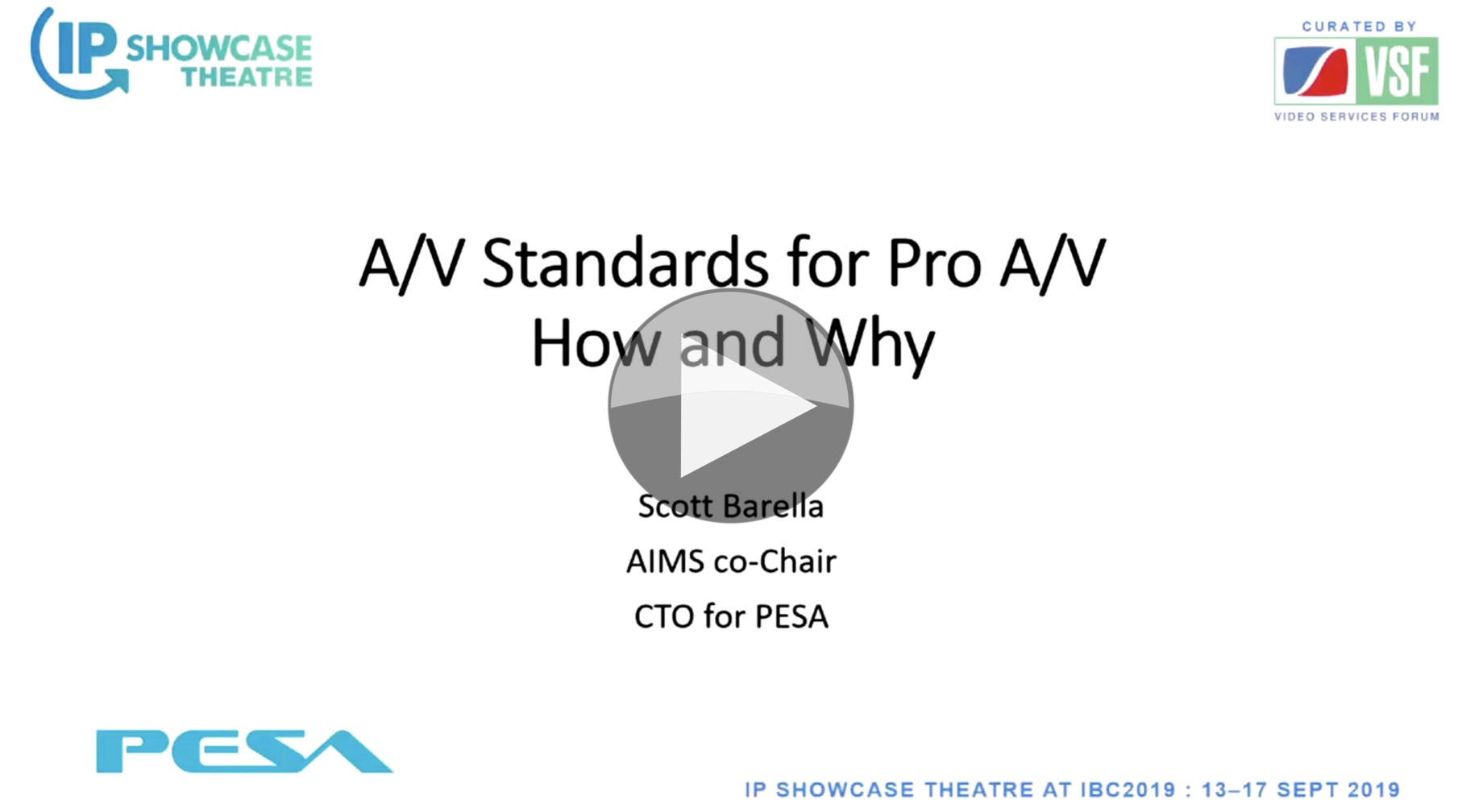 ProAV and Broadcast should be best buddies, but only a relatively few companies sell into both. This is because there are legitimate differences in what we need. That being said, interoperability is a helpful end goal for any industry. Whilst proprietary solutions can help kickstart new technologies and be a positive disruptive force, standardisation is almost always beneficial to the industry in the medium to long term.

Whilst broadcast is happy to live with 4:2:2 colour subsampling in much of its workflow, then deliver in 4:2:0, this is often not an option for ProAV who need to take full 4:4:4 4K at 60fps and throw it on a monitor. Whilst 4:4:4 has, technically been possible over SDI for a while, adoption even in the broadcast market has been small.

There are many opportunities for both industries to learn from each other, but it’s hard to overstate the difference in approach of the SMPTE 2110 and NMOS approach to the problem of media over IP compared to the SDVoE model. The former relies on detailed documentation published publicly for anyone who is willing to buy the standard to implement in any way they see fit be that in software or hardware. The latter specifies a chip which has a documented API that does all of the heavy lifting with no option for self-implementation. The fact that the same chip is used everywhere provides the guarantee of interoperability.

One technology which has bridged the gap between ProAV and broadcast is NDI from Vizrt’s Newtek which uses the same binary software application wherever it’s implemented thus providing, like in SDVoE, the interoperability required. The same is true for SRT although they have just released their first draft for IETF standardisation.

In this talk, PESA CTO Scott Barella examines the many existing standards within ProAV and examines their needs such as HDCP. Whilst HDCP, the High-bandwidth Digital Content Protection mechanism, has often been grappled with by broadcasters, it is at least a standard. And it’s a standard that any vendor will have to deal with if they want their equipment to be widely used in the industry. Similarly the requirement for full-frame rate, full-colour UHD is not simply done within many boxes.

The use of PTP within SMPTE’s ST 2110 suite works perfectly in the studio, is arguably not necessary in much of ‘the cloud’ and is widely considered too complex for a ProAV environment. Scott explains that he has thoughts on how to simplify it to make it more practical and taking into account the different use cases.

Secondary interfaces are crucial in much ProAV whereby USB, RS 232 serial and GPI/GPO need to be transported along with the media. And whilst security and encryption are increasingly important for the broadcast industry as it comes to grips with the fact that all broadcasters are vulnerable to hacking attempts, their requirements are not as stringent as the military’s which drives a notable part of the ProAV market. All of these aspects are being considered as part of the ongoing work the Scott is involved with.