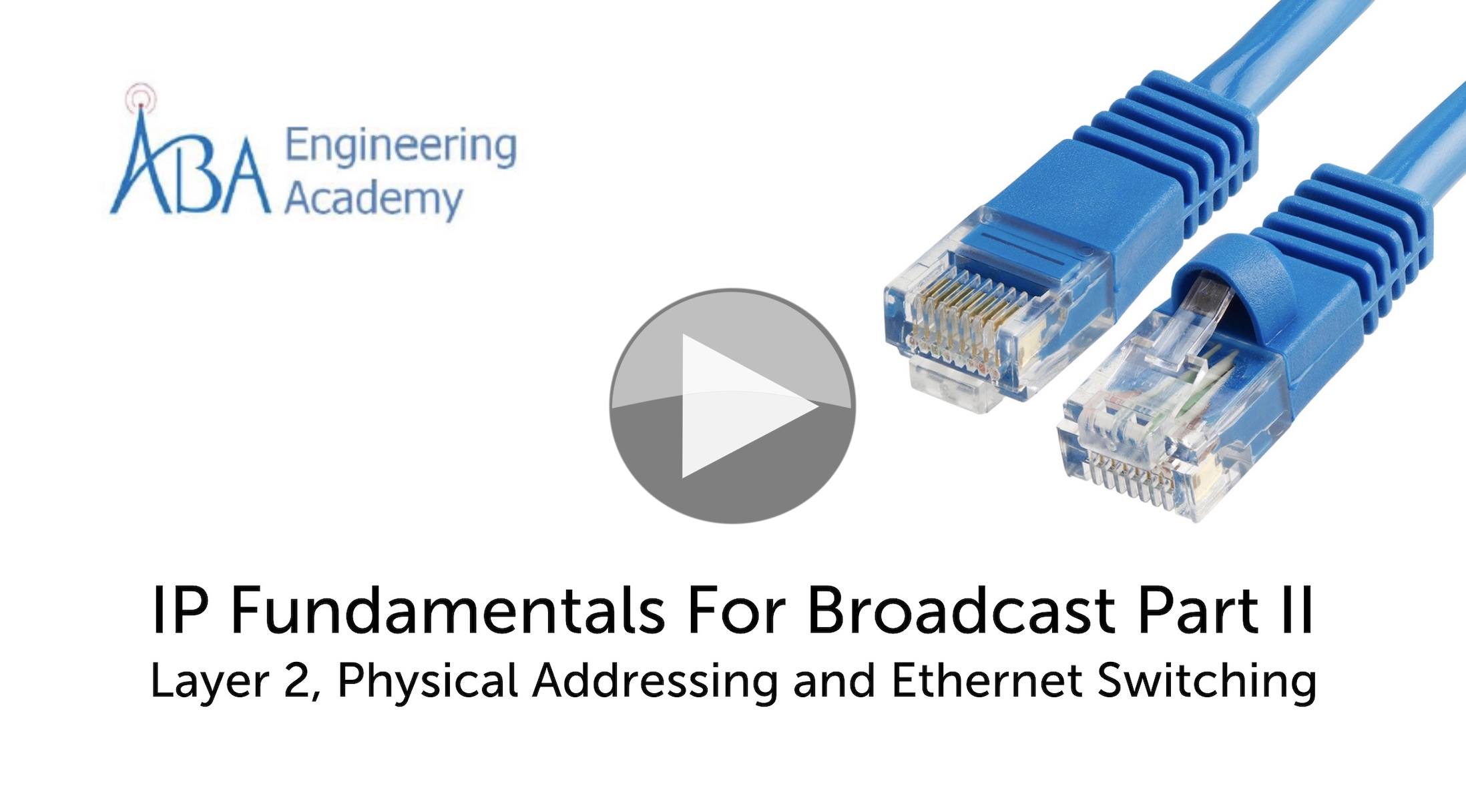 After last week’s talk explaining networking from the real basics, Wayne Pecena is back to look at “where the good stuff is” in the next two layers of the OSI model.

Much of what live production needs happens in layers 2 and 3. At layer 2 we have Ethernet which defines how data is passed from switch to switch. Then at layer 3 we have the IP protocols, UDP and TCP which do nearly all of the heavy lifting getting our data from one place to another.

Wayne Pecena from Texas A&M University builds this talk around layer 2 specifically and starts by looking at the underlying protocols of Ethernet including collision detection. Given that the cabling is bi-directional, it’s possible for both ends to be sending data at the same time. This needs to be avoided, so the sending devices need to sense what’s happening on the wire and allow time for the other interface to finish.

Famously Ethernet has MAC addresses which is the way that this Layer 2 protocol deals with addressing the correct end point. Wayne shows the format these addresses follows and looks at the makeup of the frame which houses the data payload. The length of each segment of data is set with a maximum, but there is a high-throughput option called Jumbo Frames which increases efficiency for high bit rate applications by reducing the number of frames needing to be sent and therefore reducing the amount of header data sent.

A switch is an Ethernet device for connecting together multiple devices to communicate over Layer 2 and has a number of functions like learning MAC addresses, filtering frames and forwarding frames from one interface to another one. Switches can provide not only data but power to avoid having to run more than one cable. Usefully, Wayne walks us through the steps taken for one computer to send to another. Stepping through this mixture of ethernet and IP address is very useful to understand how to fault find, but also to see how layer 2 and 3 work so closely together.

Knowing the innards of a switch is vital to a full understanding of network behaviour. Wayne talks through a diagram of the what’s inside a switch showing that each NIC has its own set of buffers, a backplane (also known as ‘switch fabric’) and shared resources like a CPU. We see then how the switch learns the MAC addresses of everything connected to it and we see that, with the CPU and separating MAC address lists, a switch can create virtual lans, known as VLANs which allow a logical separation of interfaces that are on the same switch. It has the effect of creating multiple networks, that can’t speak to each other by default, on the same hardware and then allows the flexibility to add certain interfaces to multiple networks. VLANs are highly utilised in enterprise computing.

The talk finishes with a full description of how VLANs work and interact and 802.1Q VLAN tagging.