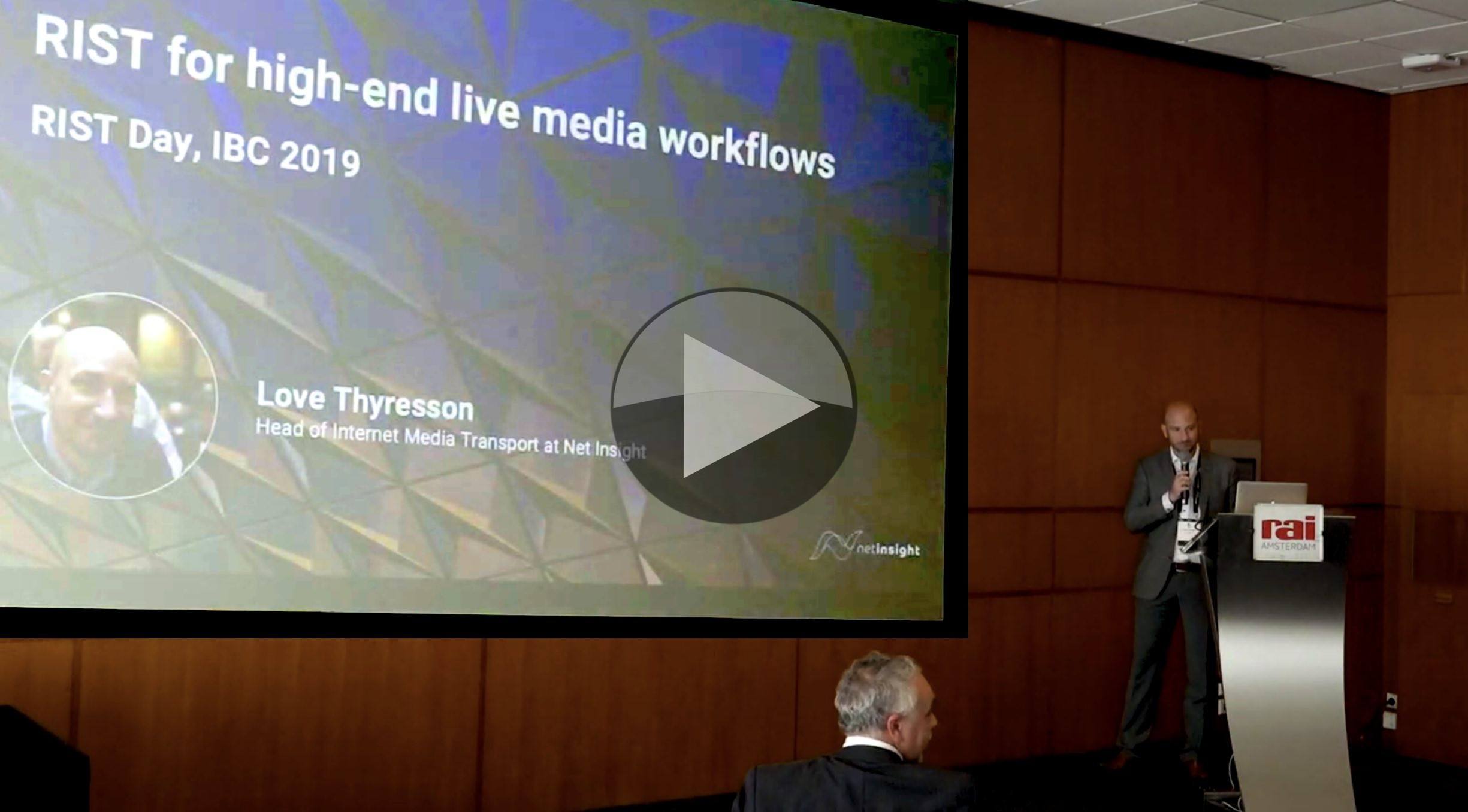 RIST overcomes the propensity of the internet to lose packets. It makes possible very-high-bandwidth, low-latency contribution over the internet into a studio or directly into the cloud as part of a streaming workflow. Broadcasters have long dreamed of using the increasingly ubiquitous internet to deliver programmes at a lower cost than fixed lines, satellite or microwave. Back in the day, FEC tended to save the day but it had limits meaning the internet was still not so appetising. Now with RIST, the internet is a safe medium for contribution. As ever, two paths are advised!

In this talk, Love Thyresson explains how NetInsight use RIST to deliver high bandwidth contribution for their customers. Love focusses on the lower-tier sports events which would attract an audience, but when the audience is small, the budgets are also small meaning that if you can’t use the internet to get the sports game back to your production centre, the costs – often just on connectivity – are too high to make the programme viable. So whether we are trying to cut costs on a big production or make new programming viable (which might even be the catalyst for a whole new business model or channel), internet contribution is the only way to go.

Love talks about the extension done in RIST to the standard RTP timestamp which, when using high bandwidth streams, quickly runs out of numbers. Expanding it from 16 to 32 bits was the way to allow for more packets to be delivered before having to start the timer from zero again. Indeed, it’s this extra capacity which allows the RIST main profile to deliver JPEG 2000 or JPEG XS. JPEG XS, in particular, is key to modern remote-production workflows. Ingest into the cloud may end up being the most common use for RIST despite the high-value use cases for delivering from events to broadcasters or between broadcasters’ buildings.

After a quick retransmission 101, Love Thyresson closes by looking at the features available now in the simple and main profile of RIST.

For more information, have a look at this article or these videos