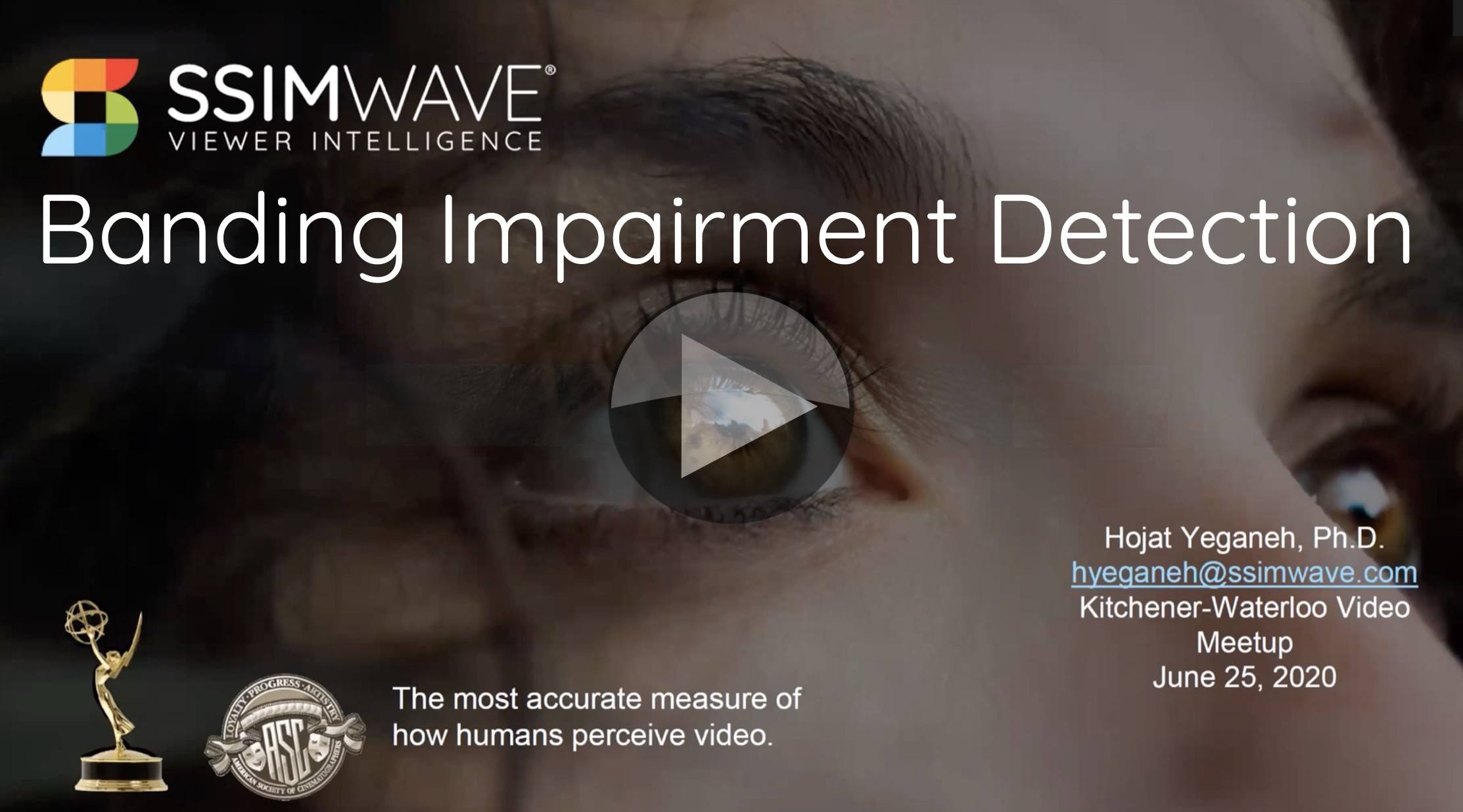 It’s one of the most common visual artefacts affecting both video and images. The scourge of the beautiful sunset and the enemy of natural skin tones, banding is very noticeable as it’s not seen in nature. Banding happens when there is not enough bit depth to allow for a smooth gradient of colour or brightness which leads to strips of one shade and an abrupt change to a strip of the next, clearly different, shade.

In this Video Tech talk, SSIMWAVE’s Dr. Hojat Yeganeh explains what can be done to reduce or eliminate banding. He starts by explaining how banding is created during compression, where the quantiser has reduced the accuracy of otherwise unique pixels to very similar numbers leaving them looking the same.

Dr. Hojat explains why we see these edges so clearly. By both looking at how contrast is defined but also by referencing Dolby’s famous graph showing contrast steps against luminance where they plotted 10-bit HDR against 12-bit HDR and show that the 12-bit PQ image is always below the ‘Barten limit’ which is the threshold beyond which no contrast steps are visible. It shows that a 10-bit HDR image is always susceptible to showing quantised, i.e. banded, steps.

Why do we deliver 10-bit HDR video if it can still show banding? This is because in real footage, camera noise and film grain serve to break up the bands. Dr. Hojat explains that this random noise amounts to ‘dithering’. Well known in both audio and video, when you add random noise which changes over time, humans stop being able to see the bands. TV manufacturers also apply dithering to the picture before showing which can further break up banding, at the cost of more noise on the image.

How can you automatically detect banding? We hear that typical metrics like VMAF and SSIM aren’t usefully sensitive to banding. SSIMWAVE’s SSIMPLUS metric, on the other hand, has been created to also be able to create a banding detection map which helps with the automatic identification of banding.

The video finishes with questions including when banding is part of artistic intention, types of metrics not identifiable by typical metrics, consumer display limitations among others.