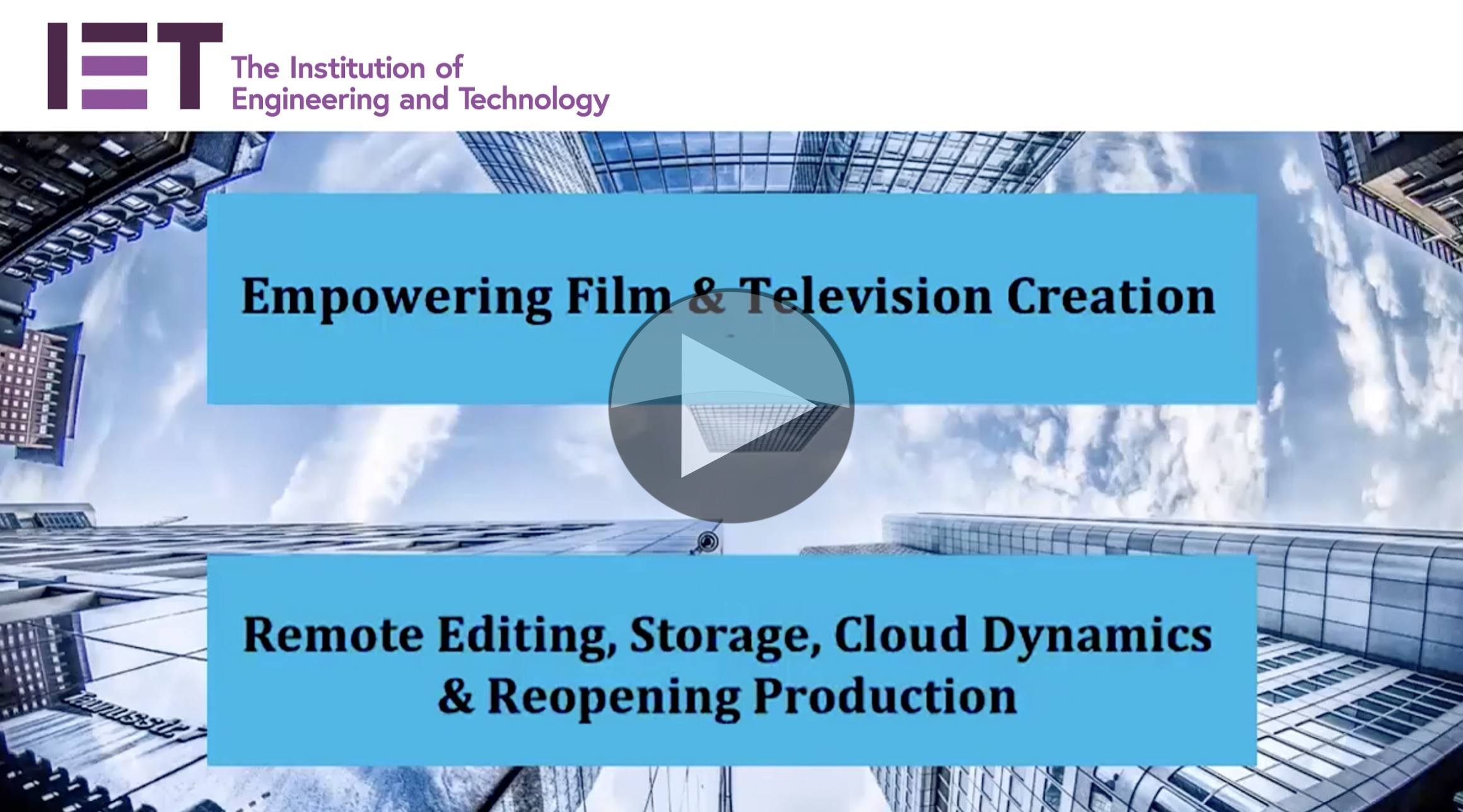 The rug was pulled from under the feet of the production industry due to the pandemic, both in film and television. The scramble to finish projects and to fill TV schedules has resulted in a lot of creative ideas and a surge in remote editing. This panel looks at the benefits of this work and considers whether this will continue to be done in the future when the restrictions are lifted.

In this video, we hear from Sony, Teradici, Lou Wirth Productions, EditShare and PADEM Group on the gaping hole in workflows left by the pandemic and how the industry has bridged the gap with remote editing.

Moderated by IET Media Exec director Allan McLennan from PADEM group, we hear answers to questions like “What are the challenges moving to remote editing?”, “Can Remote Editing open up diversity in this part of the industry?” and features a look to the future in terms of new technologies for meeting the streaming demand.

“It’s easy to keep doing the thing you used to do until you’re forced to do it,” explains EditShare’s Stephen Tallamy. But the panel doesn’t see the pandemic as just something that forced a change, rather they see the benefits in the move towards remove editing and remote collaboration. David Rosen from Sony was positive saying that “Creative resources can be anywhere and the elimination of having to move those people to where the content it…is a significant advantage.” From his perspective, increasing numbers of customers have cloud as part of their workflow.

“Never again.” My customers are saying, “Never again will I be in a situation where I cannot get access to. my content.”

The panel’s discussion moves to remote editing, the practice of giving editors access to remote computers which run the editing software and have access to the relevant media. The editor’s local computer then becomes a window on to the edit suite in a different building, or in the cloud. Ian Main from Teradici, explains that a company can open an edit station up to an editor who could be anywhere in the world which is why this is such an important part of the solution to enabling work to continue in an emergency. Teradici specialises in developing and deploying high-performance remote control of PCs and Stephen Tallamy speaks from the experience of enabling remote editing using Teradici for enabling remote editing workflows on AWS and other cloud providers and data centres.

Lou Wirth, award-winning editor and producer, joins the panel as someone who has continued to edit locally. “For producers who were forced to go into a remote editing situation, they may have always been on the fence about it”, Lou says, “…If it was a good experience, they would see the advantages of it and continue.” Indeed the consensus does seem to be that much of what’s happening now will be fed back into workflows of the future even when restrictions are lifted.

Listen to the whole discussion which includes a look ahead to IBC.