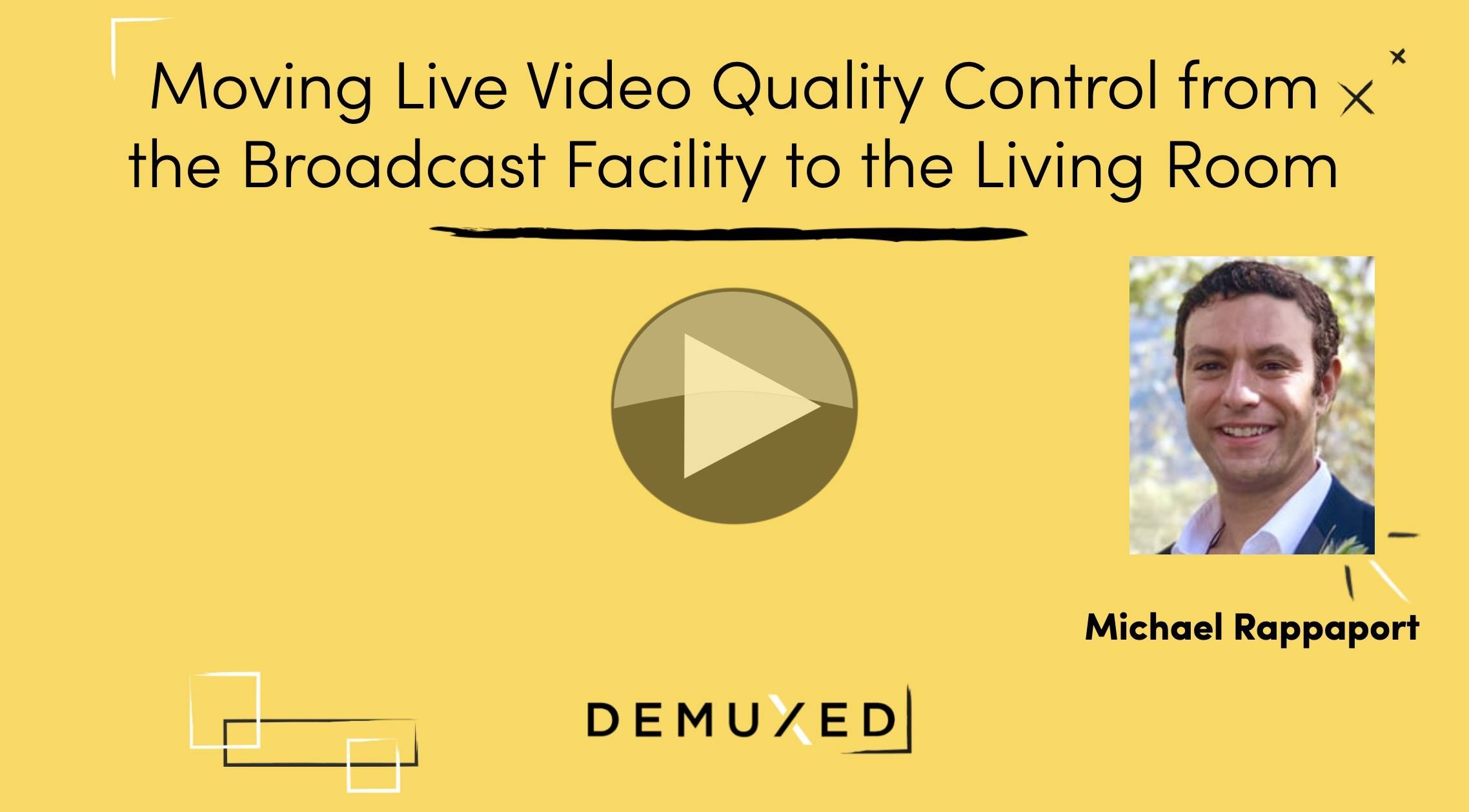 Moving an 24×7 on-site MCR into people’s rooms is not trivial, but Disney Streaming Services, in common with most broadcasters knew they had to move people home, often into their living rooms. Working in an MCR requires watching incoming video to check content which is not easy to do at home, particularly when some of their contribution arrives at 100 Mb/s. These two MCRs in San Francisco and NYC covering Hulu Live & ESPN+ along with other services had two weeks to move remote.

Being a major streaming operator, DSS had their own encoding product called xCoder. DSS soon realised this would be their ticket to making home working viable. As standard, these encoders reject any video which doesn’t match a small range of templates. Michael Rappaport takes us how they wrote scripts to use ffprobe to analyse the desired video and then configure the xCoder just the right way. The incoming video goes straight to xCoder without being ‘groomed’ as it normally wood to add closed captions, ABR etc.

Aside from bandwidth, it was also important to provide these streams as close to real-time as possible, as the operators needed to see ‘right now’ to do their job effectively. This is why the ‘grooming’ section is skipped as that would add latency but also the added functions such as PID normalisation and closed caption insertion aren’t needed. Michael explains that when a feed is needed, it will call out to the whole encoder pool, find an underutilised one and then can program it automatically using an API.

Watching this at home was made possible by some work done by Disney Streaming Services to allow their player to receive feeds directly from an xCoder without having any problems decoder parameters. Michael doesn’t mention what protocol they use, but as the xCoder creates a proprietary video stream, so they could be used that carried over TCP.

Made their own players to the receiver from the xCoders. xCoder, as a standalone, produces a proprietary TCP stream. xCoder exposes an API hook that allows us to quickly determine things like frame rate, resolution, and even whether or not the xCoder is able to subscribe to the stream