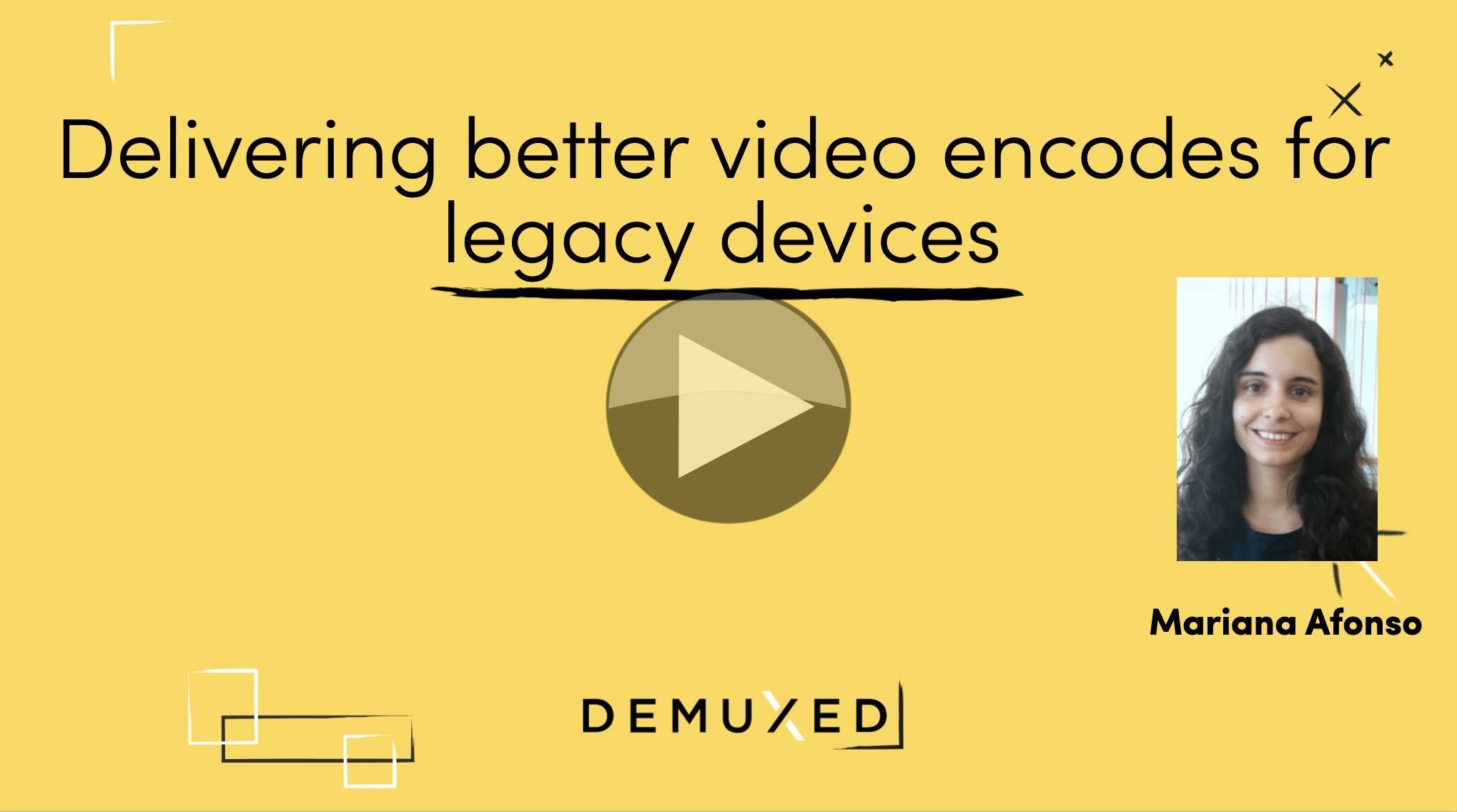 With over 139 million paying customers, Netflix is very much in the bandwidth optimisation game. It keeps their costs down, it keeps customers’ costs down for those on metered tariffs and a lower bitrate keeps the service more responsive.

As we’ve seen on The Broadcast Knowledge over the years, Netflix has tried hard to find new ways to encode video with Per-Title encoding, VMAF and, more recently, per-shot encoding as well as moving to more efficient codecs such as AV1.

Mariana Afonso from Netflix discusses what do you do with devices that decode the latest encoders either because they are too old or can’t get certification? Techniques such as per-title encoding work well because they are wholly managed in the encoder. Whereas with codecs such as AV1, the decoder has to support it too, meaning it’s not as widely applicable an optimisation.

As per-title encoding was developed within Netflix before they got their VMAF metric finished, it still uses PSNR, explains Mariana. This means there is still an opportunity to bring down bitrates by using VMAF. Because VMAF more accurately captures how the video looks, it’s able to lead optimisation algorithms better and shows gains in tests.

Better than per-title is per-chunk. The per-chunk work done modulates the average target bitrate from chunk to chunk. This avoids over-allocating bits for low-complexity scenes and results in a more consistent quality by 6 to 16%.