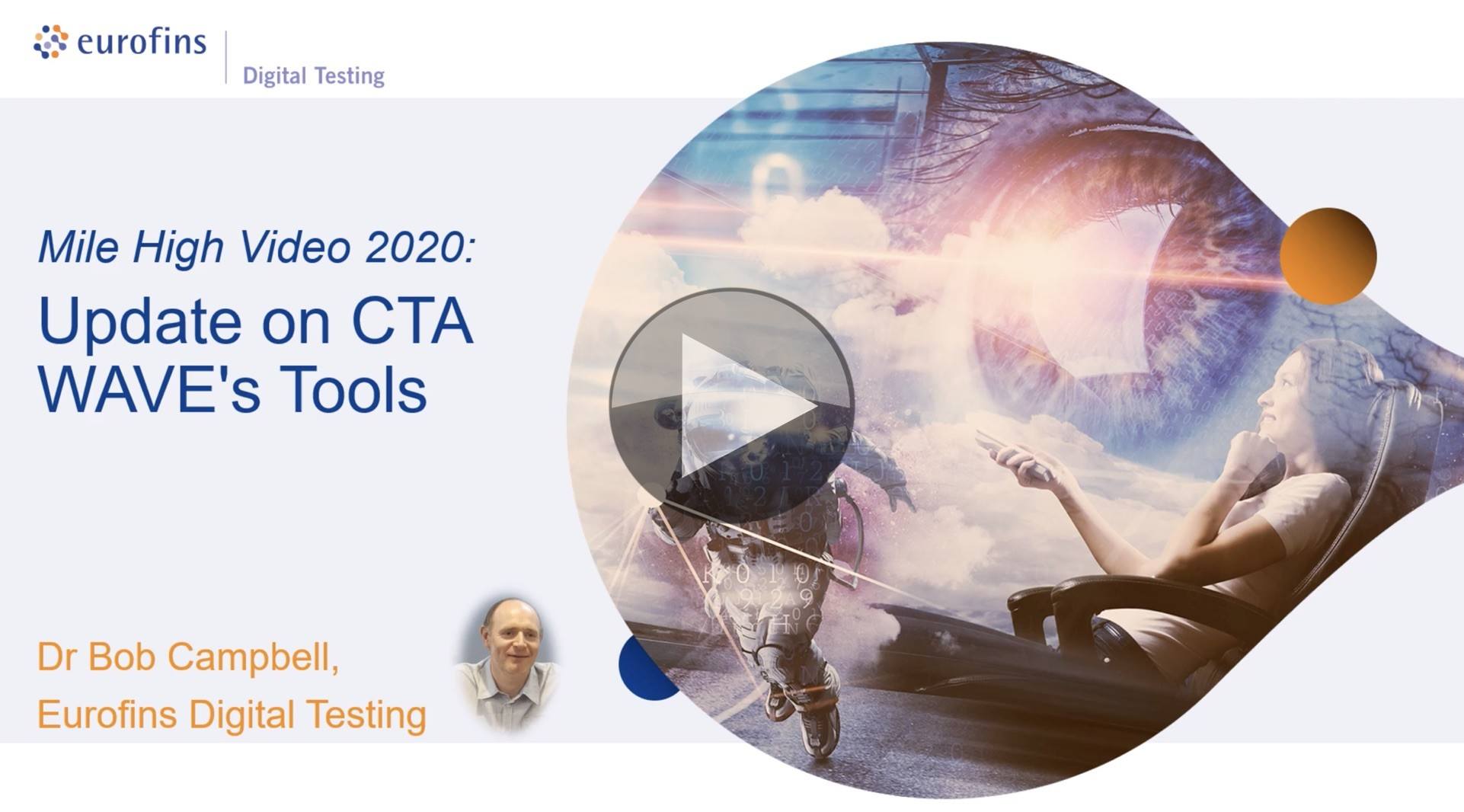 Bob Cabmpell from Eurofins explains that with so many streaming formats and device types, we tend to see inconsistent behaviour while streaming due to lack of compliance with standards. This adds a cost for content providers and suppliers. The Web Application Video Ecosystem (WAVE) tries to create solutions to this problem not by creating standards, but by bringing together initiatives across the industry to improve interoperability as well as creating test tools.

Core the work are these five technologies: CENC, DASH & CMAF, HLS, HTML5 video, DRM. For a deeper look at WAVE, watch this talk with Microsoft’s John Simmons who looks at each of these in more depth. In this video, Bob looks at the test tools provided by CTA WAVE.

Bob looks first at an MPD validator aimed at people prepping and delivering content who need to test thier DSAH manifests are correct. This can be done at https://conformance.dashif.org where Bob walks us through the process and the types of errors and warnings available in the report. App developers are advised to develop to a document of guidelines rather than having a test suite whereas API compliance can be found at WeBAPITests2018.ctawave.org and Bob finishes off with a sneak peek of a new device capabilities suite which will help automate the detection of problems such as non-smooth playback when switching between ABR rungs.