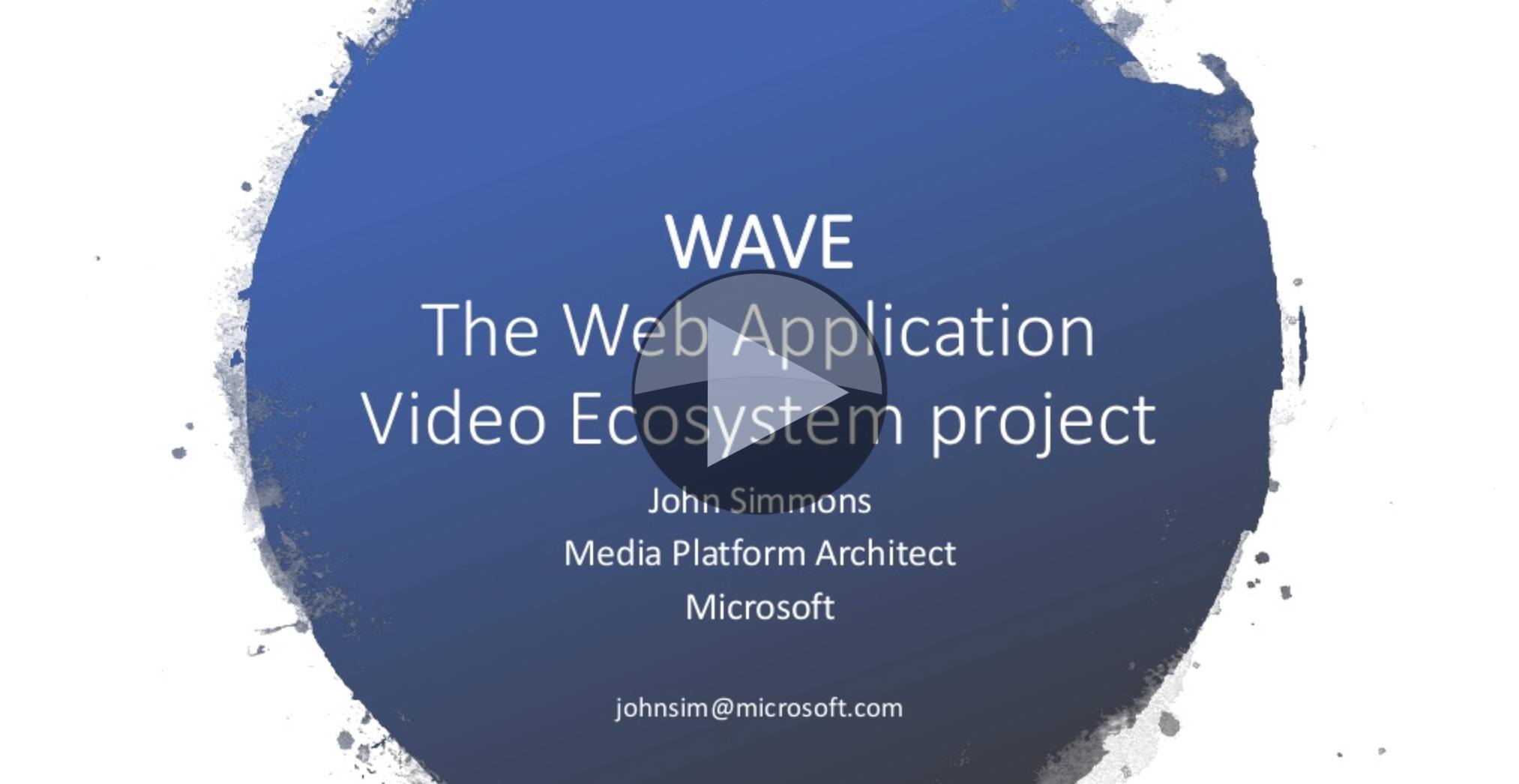 John Simmons from Microsoft takes us through the history of WAVE, looking at the changes in the industry since 2008 and WAVE’s involvement. CMAF represents an important milestone in technology recently which is entwined with WAVE’s activity backed by over 60 major companies.

The WAVE Content Specification is derived from the ISO/IEC standard, “Common media application format (CMAF) for segmented media”. CMAF is the container for the audio, video and other content. It’s not a protocol like DASH, HLS or RTMP, rather it’s more like an MPEG 2 transport stream. CMAF nowadays has a lot of interest in it due to its ability to deliver very low latency streaming of less than 4 seconds, but it’s also important because it represents a standardisation of fMP4 (fragmented MP4) practices.

The idea of standardising on CMAF allows for media profiles to be defined which specify how to encapsulate certain codecs (AV1, HEVC etc.) into the stream. Given it’s a published specification, other vendors will be able to inter-operate. Proof of the value of the WAVE project is the 3 amendments that John mentions issued from MPEG on the CMAF standard which have come directly from WAVE’s work in validating user requirements.

Whilst defining streaming is important in terms of helping in-cloud vendors work together and in allowing broadcasters to more easily build systems, it’s vital the decoder devices are on board too, and much work goes into the decoder-device side of things.

On top of having to deal with encoding and distribution, WAVE also specifies an HTML5 APIs interoperability with the aim of defining baseline web APIs to support media web apps and creating guidelines for media web app developers.

This talk was given at the Seattle Video Tech meetup.

Watch now!
Slides from the presentation
Check out the free CTA specs