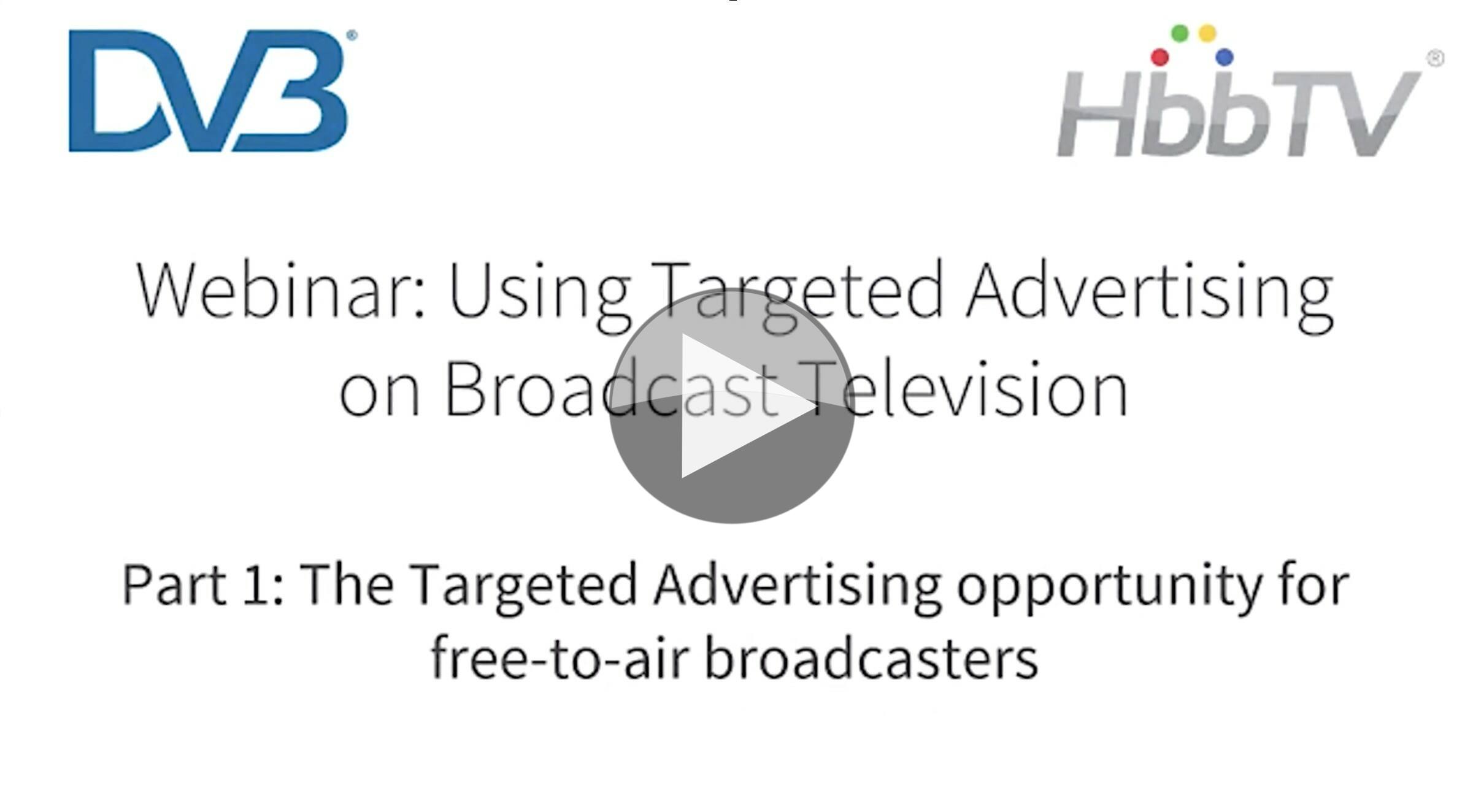 DVB-TA is a targeted advertising standard produced by HbbTV and DVB with the aim of providing a single standard for addressable advertising across Europe and in TVs. DVB-TA comprises two specifications, one covering signalling of advertising breaks, another deals with communicating with advert decision servers and the preparation of media. This webinar looks at the underlying HbbTV technology rollout in Europe.

This video brings together Sebastian Busse from smartclip.tv, Arturo Larrainzar from Artresmedia and PubItalia ’80’s Silvia Broggi to explain how targeted advertising is working in France, Germany and Italy ahead of a twenty-minute Q&A.

Sebastian is first up with the German perspective starting by outlining the motivations to move to targeted advertising. For traditional TV, he sees problems ahead as digital ad budgets surpass those of TV, consumption moves away from linear TV and tech giants specifically attacking the traditional model. To fight against this, he sees a need to improve infrastructure such as inventory management systems, focus on data control and management plus investing in addressable ad solutions. The way to make this scalable and affordable for broadcasters and TV manufacturers is to congregate around a single standard.

Europe can be a difficult place for standards since the united countries all hold on tightly to their ways of working, cultural norms and needs which creates conflicting demands on standards. However, HbbTV has spread from Germany to Spain, Italy, France and now Poland, Czechia and Austria since 2017. With DVB-TA, broadcasters can have better control over their AD delivery chain, data and addressable ad breaks so much more growth is envisaged for 2022 and onwards.

Arturo from Atresmedia gives a brief overview of Spain’s use of HbbTV which now reaches 17.4 million people in nearly 8 million households. Their approach is to target a cross-device ad model. Partnering with smartclip they were able to profile over 40% of Spanish households and use that data to allow customers to design better ad campaigns which bridge TVs and web audiences.

Arturo speaks about hybrid ads where the video is squeezed to allow a L-shaped banner around the content. Using this and other techniques, Artresmedia has been able to improve campaigns by an extra 4 points, important as extra points are usually disproportionately expensive but this is a simple approach to do the same thing. Next on the list of products is ad replacement.

Finally, the Italian perspective comes from Silvia. Since the first HbbTV application in 2018, they have moved quickly and introduced ad replacement in 2020. With a reach of 7 million households, they can insert banners or squeezes and address OTT. What PublItalia are able to do is track which linear ads are shown on TV and use that to determine which UI/banner ads are subsequently shown.

The video finishes with a Q&A session which covers: GDPR, manufacturers support of HbbTV, HbbTV-TA availability in TVs, identifying logged in users on second devices, CPM stability and many more.