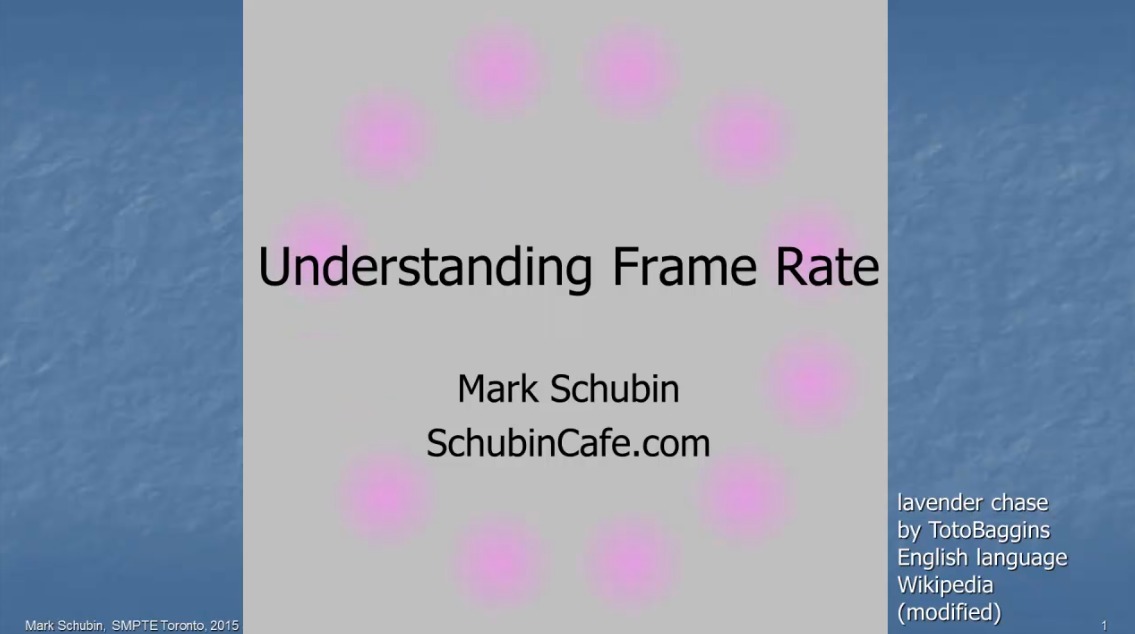 We all need this occasionally – a reminder of the fundementals of watching video. Mark Schubin talks us through framerates from the earliest days of the motion picture industry when scientists, engineers and filmmakers collaborated on advancing the technologies that make motion pictures the most dynamic of art forms. Frame rates and colour space require common standards for industry-wide adoption.

Recorded at SMPTE Toronto, we see how in viewing tests, increased frame rate delivers a greater sensation of improvement than increased resolution (at a fraction of the increase in data rate), but some viewers of the higher-frame-rate Hobbit found the sensation unpleasant.

How does frames-per-second translate into pixels-per-screen-width? One common frame rate is based on profit; another is based on an interpretation of Asian spirituality.
Will future frame rates have to take image contrast into consideration? We are all involved with some part of the colour science pipeline as it spans filming to final display, and all the complex steps in between. In the last several years the subject of color management has become a colossal issue in the visual effects community. Modern media projects get content from a wide variety of sources. So how do we get all of this content to play nice together in a production environment?