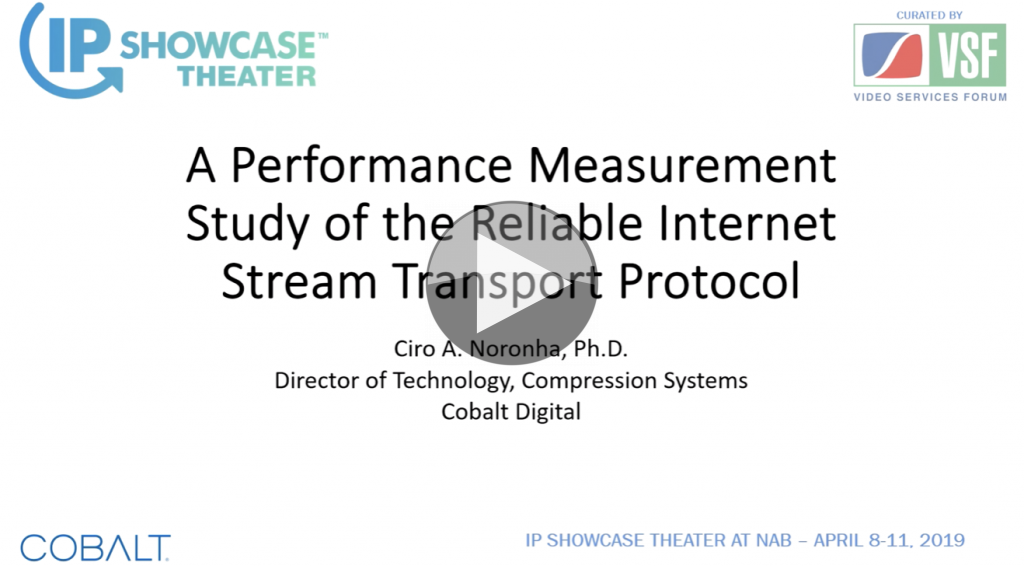 RIST solves a problem by transforming unmanaged networks into reliable paths for video contribution. This comes amidst increasing interest in using the public internet to contribute video and audio. This is partly because it is cheaper than dedicated data circuits, partly that the internet is increasingly accessible from many locations making it convenient, but also when feeding cloud-based streaming platforms, the internet is, by definition, part of the signal path.

Packet loss and packet delay are common on the internet and there are only two ways to compensate for them: One is to use Forward Error Correction (FEC) which will permanently increase your bandwidth by up to 25% so that your receiver can calculate which packets were missing and re-insert them. Or your receiver can ask for the packets to be sent again.
RIST joins a number of other protocols to use the re-request method of adding resilience to streams which has the benefit of only increasing the bandwidth needed when re-requests are needed.

In this talk, Ciro Noronha from Cobalt Digital, explains that RIST is an attempt to create an interoperable protocol for reliable live streaming – which works with any RTP stream. Protocols like SRT and Zixi are, to one extent or another, proprietary – although it should be noted that SRT is an open source protocol and hence should have a base-level of interoperability. RIST takes interoperability one stage further and is seeking to create a specification, the first of which is TR-06-1 also known as ‘Simple Profile’.

We then see the basics of how the protocol works and how it uses RTCP for singling. Further more RIST’s support for bonding is explored and the impact of packet reordering on stream performance.

The talk finishes with a look to what’s to come, in particular encryption, which is an important area that SRT currently offers over and above reliable transport.
Watch now!

To dig into SRT, check out this talk from Chris Michaels
For more on RIST, have a look at Kieran Kunhya’s talk and Rick Ackerman’s introduction to RIST.