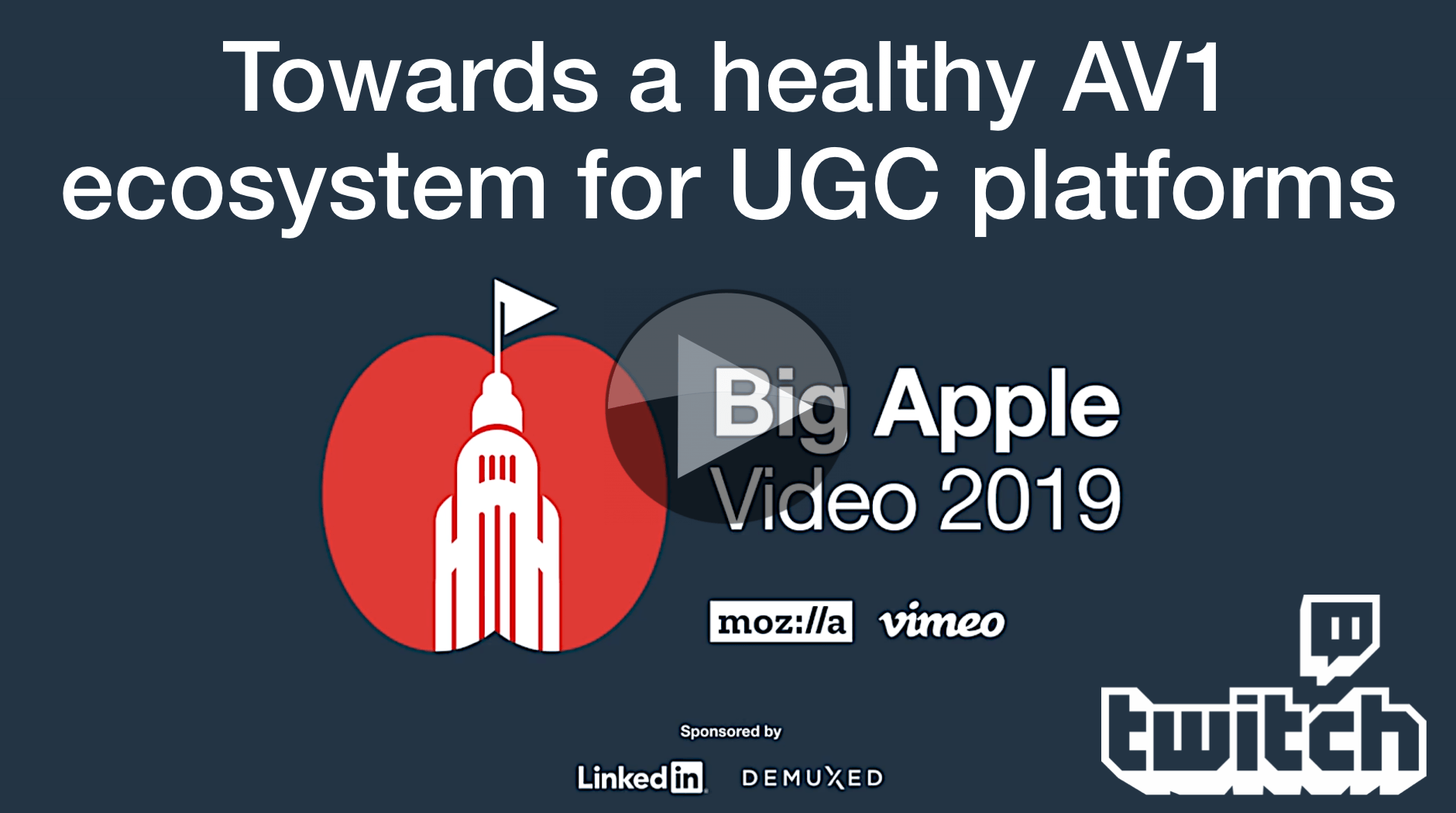 Twitch is an ambassador for new codecs and puts its money where its mouth is; it is one of the few live streaming platforms which streams with VP9 – and not only at, with cloud FPGA acceleration thanks to Xylinx’s acquisition of NGCODEC.

As such, they have a strong position on AV1. With such a tech savvy crowd, they stream most of their videos at the highest bitrate (circa 6mbps). With millions of concurrent videos, they are highly motivated to reduce bandwidth where they can and finding new codecs is one way to do that.

Principal Research Engineer, Yueshi discusses Twitch’s stance on AV1 and the work they are doing to contribute in order to get the best product at the end of the process which will not only help them, but the worldwide community. He starts by giving an overview of Twitch which, while many of us are familiar with the site, the scale and needs of the site may be new information and drive the understanding of the rest of the talk.

Reduction in bitrate is a strong motivator, but also the fact that supporting many codecs is a burden. AV1 promises a possibility of reducing the number of supported codecs/formats. Their active contribution in AV1 is also determined by the ‘hand wave’ latency; a simple method of determining the approximate latency of a link which is naturally very important to a live streaming platform. This led to Twitch submitting a proposal for SWITCH_FRAME which is a technique, accepted in AV1, which allows more frequent changes by the player between the different quality/bitrate streams available. This results in a better experience for the user and also reduced bitrate/buffers.

YueShi then looks at the projected AV1 deployment roadmap and discusses when GPU/hardware support will be available. The legal aspect of AV1 – which promises to be a free-to-use codec is also discussed with the news that a patent pool has formed around AV1.

The talk finishes with a Q&A.