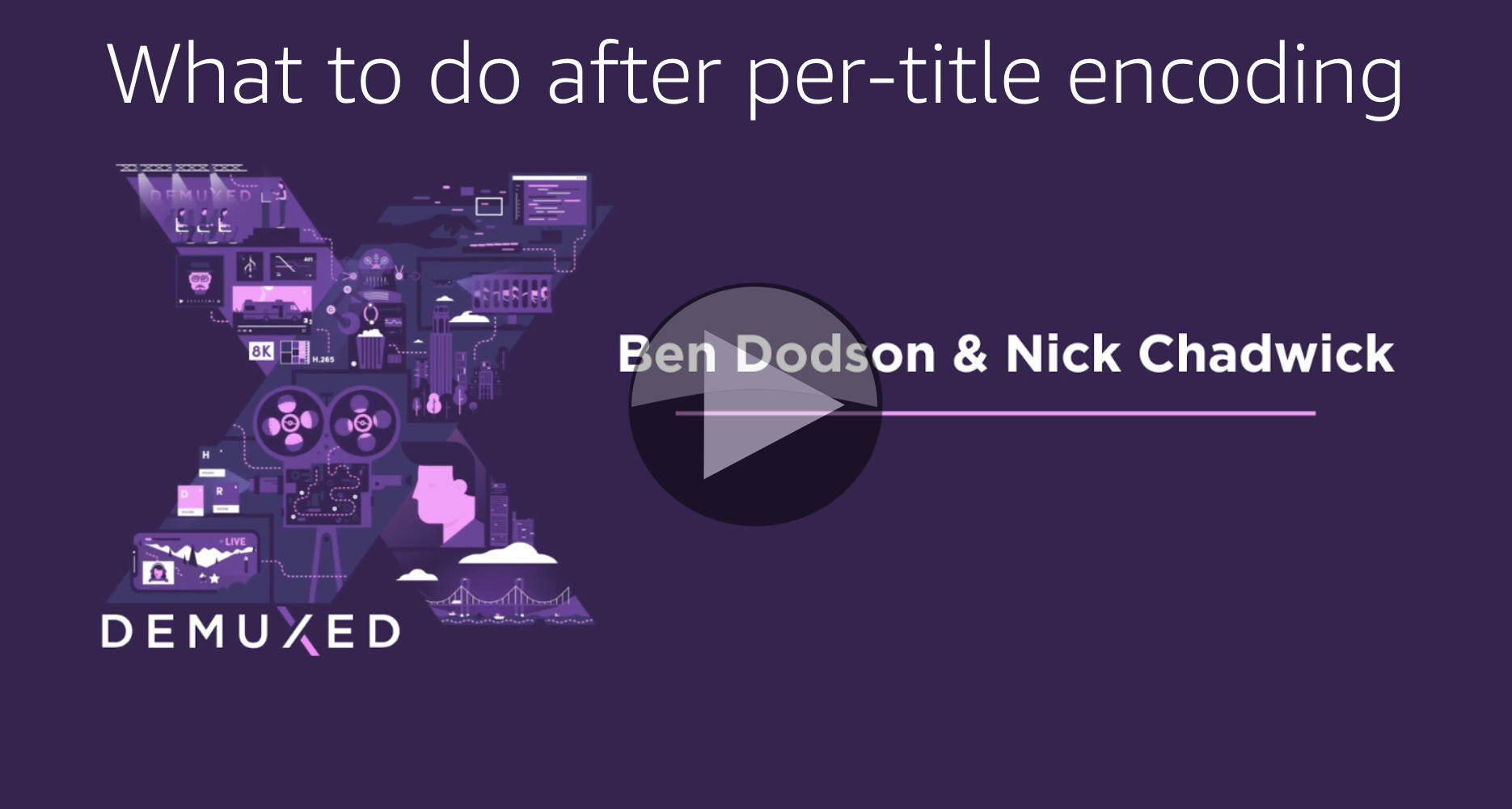 Per-title encoding is a common method of optimising quality and compression by changing the encoding options on a file-by-file basis. Although some would say the start of per-scene encoding is the death knell for per-title encoding, either is much better than the more traditional plan of applying exactly the same settings to each video.

This talk with Mux’s Nick Chadwick and Ben Dodson looks at what per-title encoding is and how to go about doing it. The initial work involves doing many encodes of the same video and analysing each for quality. This allows you to out which resolutions and bitrates to encode at and how to deliver the best video.

Ben Dodson explains the way they implemented this at Mux using machine learning. This was done by getting computers to ‘watch’ videos and extract metadata. That metadata can then be used to inform the encoding parameters without the computer watching the whole of a new video.

Nick takes some time to explain MUX’s ‘convex hulls’ which give a shape to the content’s performance at different bitrates and helps visualise the optimum encoding parameters the content. Moreover, we see that using this technique, we can explore how to change resolution to create the best encode. This doesn’t always mean reducing the resolution; there are some surprising circumstances when it makes sense to start at high resolutions, even for low bitrates.

The next stage after per-title encoding is to segment the video and encode each segment differently which Nick explores and explains how to deliver different resolutions throughout the stream seamlessly switching between them. Ben takes over and explains how this can be implemented and how to chose the segment boundaries correctly, again, using a machine learning approach to analysis and decision making.