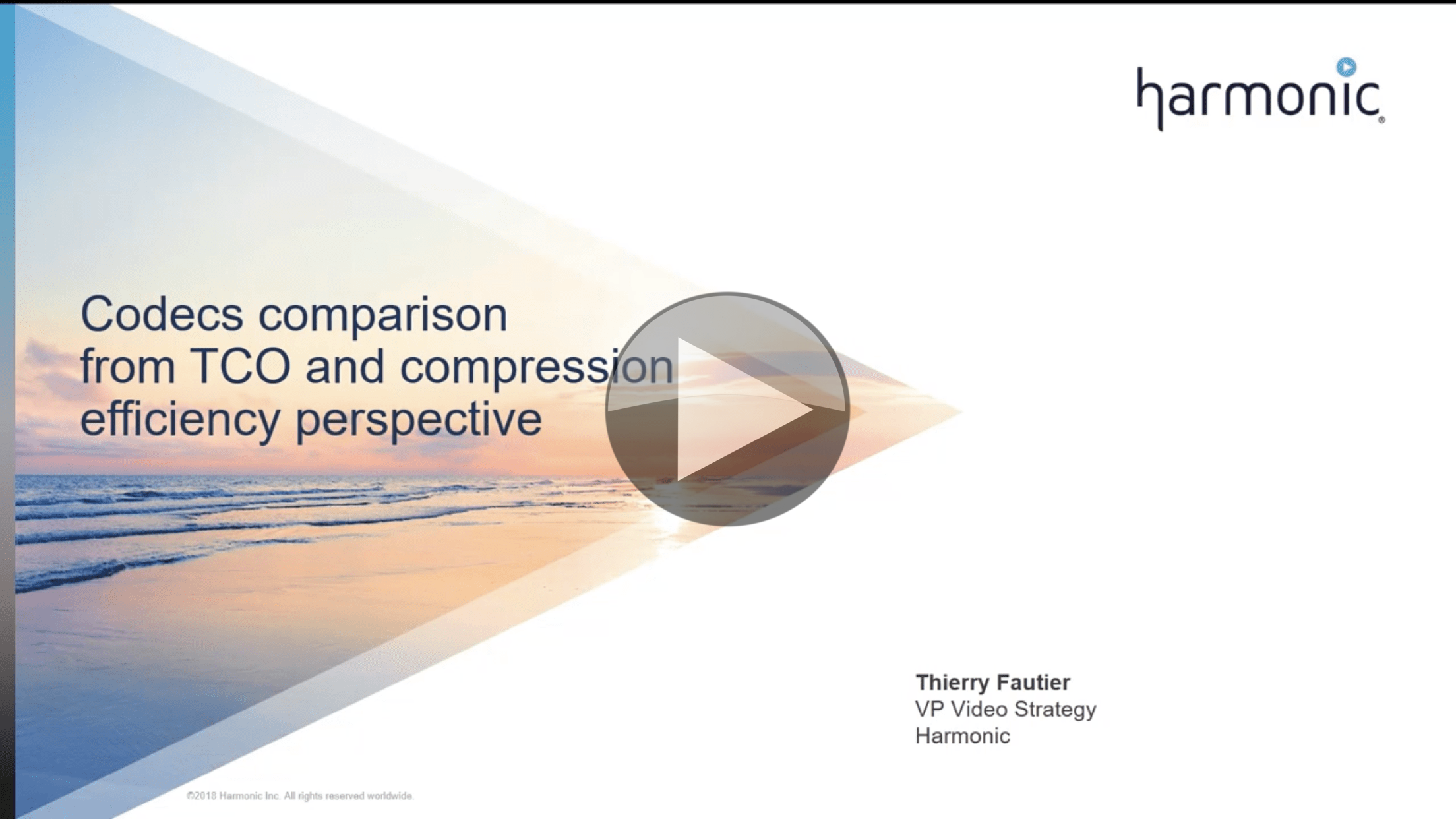 AVC, now 16 years old, is long in the tooth but supported by billions of devices. The impetus to replace it comes from the drive to serve customers with a lower cost/base and a more capable platform. Cue the new contenders VVC and AV1 – not to mention HEVC. It’s no surprise they comptes better then AVC (also known as MPEG 4 and h.264) but do they deliver a cost efficient, legally safe codec on which to build a business?

Thierry Fautier has done the measurements and presents them in this talk. Thierry explains that the tests were done using reference code which, though unoptimised for speed, should represent the best quality possible from each codec and compared 1080p video all of which is reproduced in the IBC conference paper.

Licensing is one important topic as, by some, HEVC is seen as a failed codec not in terms of its compression but rather in the réticente by many companies to deploy it which has been due to the business risk of uncertain licensing costs and/or the expense of the known licensing costs. VVC faces the challenge of entering the market and avoiding these concerns which MPEG is determined to do.

Thierry concludes by comparing AVC against HEVC, AV1 and VVC in terms of deployment dates, deployed devices and the deployment environment. He looks at the challenge of moving large video libraries over to high-complexity codecs due to cost and time required to re-compress. The session ends with questions from the audience.
Watch now!
Speaker