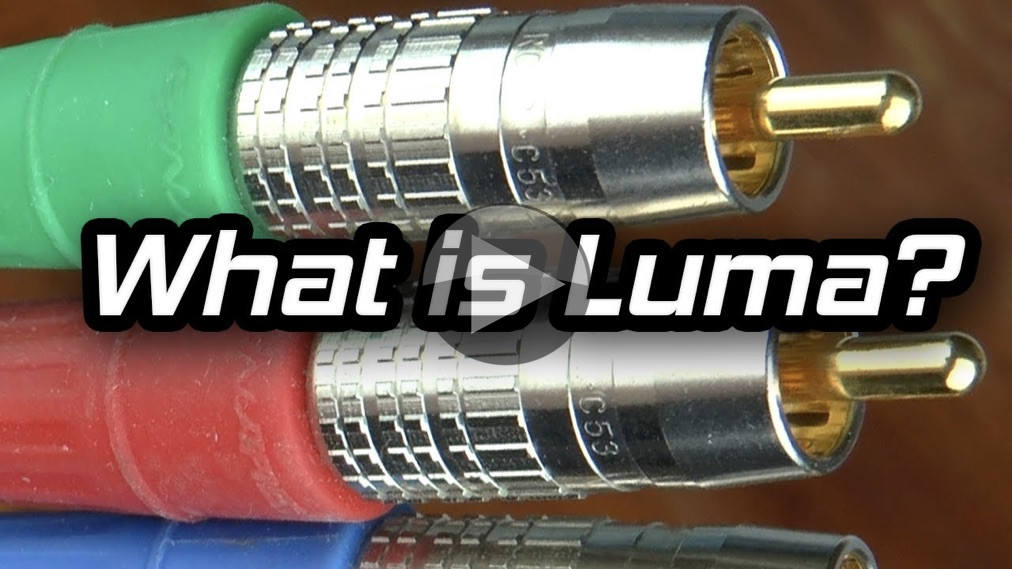 There are many video fundamentals in today’s video looking at how we see light and how we can represent it in a video signal. Following on from last week’s look at analogue 525-line video we take a deeper dive in to light and colour.

The video starts by examining how white light can be split into colours, primaries, and how these can be re-combined in different amounts to create different colours. It then moves on to examining how the proportion of colours which create ‘white’ light isn’t as even as you might imagine. This allows us to understand how to create brighter and dimmer light which is called the luminance. We’re introduced to the CIE 2d and 3d colour graphs helping us to understand colour space and colour volume

Modern video, even if analogue, is acquired with red, green and blue as separate signals. This means if we want a grey-scale video signal, i.e. luminance only, we need to combine using the proportions discussed earlier. This biased version of luminance is what is called ‘luma’ explains the video from the Displaced Gamers YouTube Channel.

On top of human perception, much of the 20th century was dominated by CRT (Cathode Ray Tube) TVs, which don’t respond linearly to electrical voltage, meaning if you double the voltage, the brightness doesn’t necessary double. In order to compensate for that, ‘gamma correction’ is applied on acquisition so that playback on a CRT produces a linear response.

Pleasantly, an oscillator is wheeled out next looking at a real analogue video waveform demonstrating the shape of not only the sync pulses but the luminance waveform itself and how the on-screen rendition would be seen on a TV. The video then finishes with a brief look at colour addition NTSC, PAL, SECAM signals. A prelude, perhaps, to a future video.