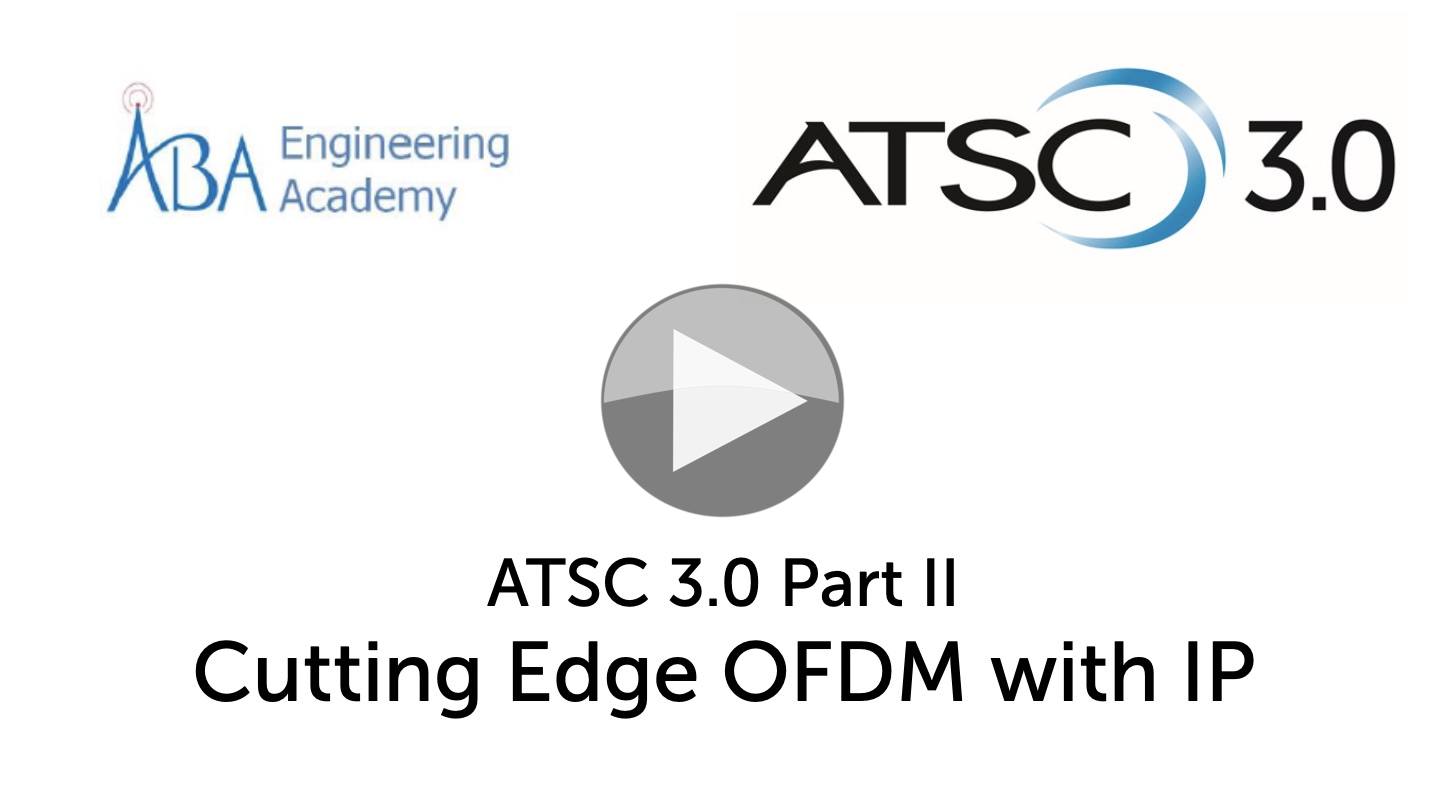 RF, modulation, Single Frequency Networks (SFNs) – there’s a lot to love about this talk which is the second in a series of ATSC seminars however much is transferable to DVB. Today we’re focussed on transmission showing how ATSC 3.0 improves on DVB-T, how it simultaneously delivers feeds with different levels of robustness, the benefits of SFNs and much more.

In the second in this series of ATSC 3.0 talks, GatesAir’s Joe Seccia leads the proceedings starting by explaining why ATSC 3.0 didn’t simply adopt DVB-T2’s modulation scheme. The answer, explained in detail by Joe, is that by putting in further work, they got closer to the Shannon limit than DVB-T2 does. He continues to highlight the relevant standards which comprise the ATSC 3.0 standard which define the RF physical layer.

After showing how the different processes such as convolutional encoding and multiplexing fit together in the transmission chain, Joe focuses in on Layered Division Multiplexing (LDM) where a high robustness signal can be carefully combined with a lower robustness signal such that where one interferes with the other, there is enough separation to allow it to be decoded.

Next we are introduced to PLPs – Physical Layer Pipes. These can also be found in DVB-T2 and DVB-S2 and are logical channels carrying one or more services, with a modulation scheme and robustness particular to that individual pipe. Within those lie Frames and Subframes and Joe gives a good breakdown of the difference in meaning of the three, the Frame being at the top of the pile containing the other two. We look at how the bootstrap signal at a known modulation scheme and symbol rate details what’s coming next such which allow this very dynamic working with streams being sent with different modulation settings. The bootstrap is also important as it contains Early Alert System (EAS) signalling.

Layered Division Multiplexing is the next hot topic we hit and this elicits questions from the audience. LDM is important because it allows two streams to be sent at the same time with independent or related broadcasts. For instance this could deliver UHD content with HD underneath with the HD modulated to give much better robustness.

Another way of maintaining robustness is to establish an SFN which is now possible with ATSC 3.0. Joe explains how this is possible and how the RF from different antennae can help with reception. Importantly he also outlines how toward out the maximum separation between antennae and talks through different deployment techniques. He then works through some specific cases to understand the transmission power needed.

As the end of the video nears, Joe talks about MIMO transmission explaining how this, among other benefits, can allow channel bonding where two 6Mhz channels can be treated as a single 12Mhz channel. He talks about how PTP can complement GPS in maintaining timing if diverse systems are linked with ethernet and he then finishes with a walkthrough of configuring a system.