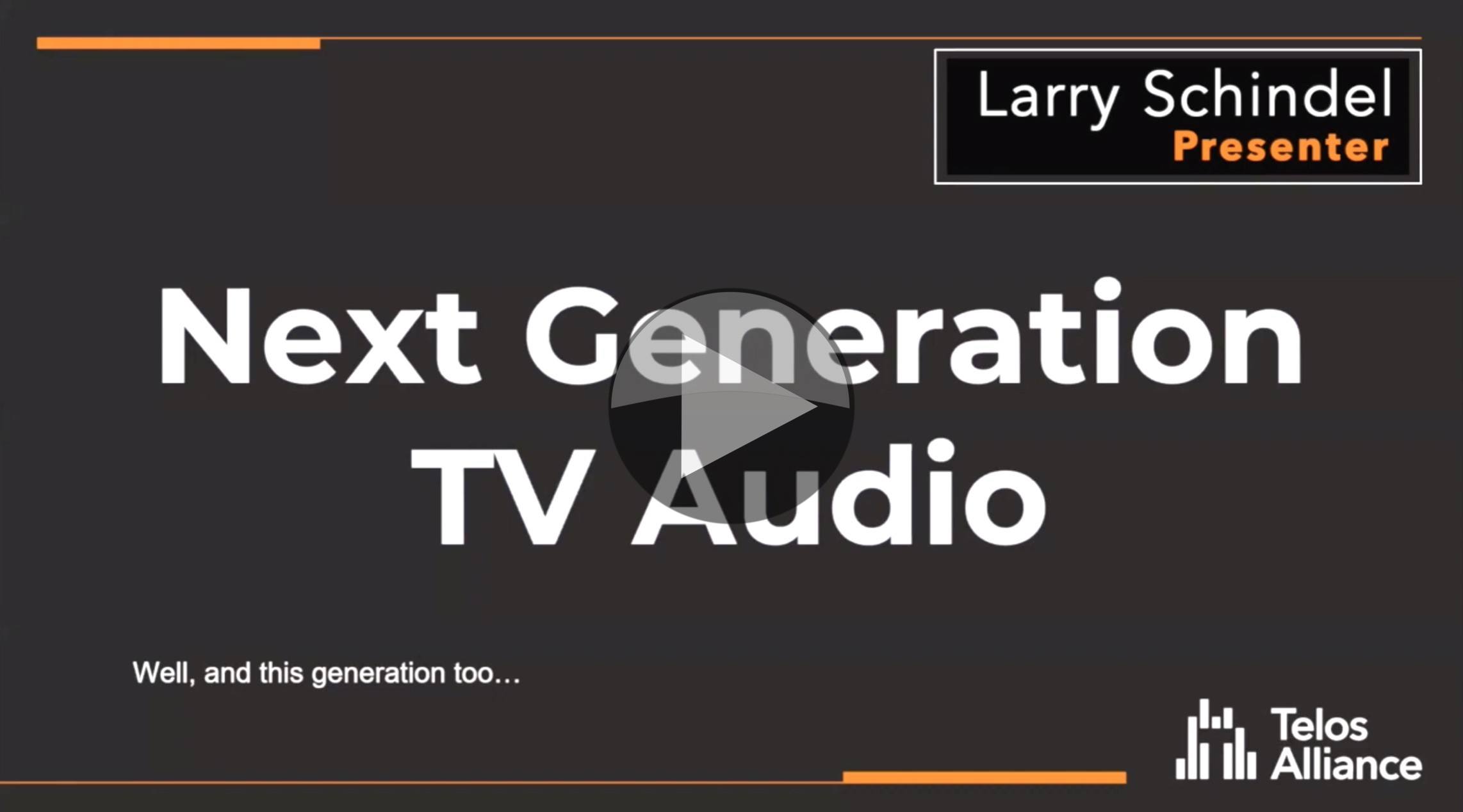 Often not discussed, audio is essential to television and film so as the pixels get better, so should the sound. All aspects of audio are moving forward with more processing power at the receiver, better compression at the sender and a seismic shift in how audio is handled, even in the consumer domain. It’s fair to say that Dolby have been busy.

Larry Schindel from Linear Acoustic is here thanks to the SBE to bring us up to date on what’s normally called ‘Next Generation Audio’ (NGA). He starts from the basics looking at how audio has been traditionally delivered by channels. Stereo sound is delivered as two channels, one for each speaker. The sound engineer choosing how the audio is split between them. With the move to 5.1 and beyond, this continued with the delivery of 6, 8 or even more channels of audio. The trouble is this was always fixed at the time it went through the sound suite. Mixing sound into channels makes assumptions on the layout of your speakers. Sometimes it’s not possible to put your speakers in the ideal position and your sound suffers.

Dolby Atmos has heralded a mainstream move to object-based audio where sounds are delivered with information about their position in the sound field as opposed to the traditional channel approach. Object-based audio leaves the downmixing to the receiver which can be set to take into account its unique room and speaker layout. It represents a change in thinking about audio, a move from thinking about the outputs to the inputs. Larry introduces Dolby Atmos and details the ways it can be delivered and highlights that it can work in a channel or object mode.

Larry then looks at where you can get media with Dolby Atmos. Cinemas are an obvious starting point, but there is a long list of streaming and pay-TV services which use it, too. Larry talks about the upcoming high-profile events which will be covered in Dolby Atmos showing that delivering this enhanced experience is something being taken seriously by broadcasters across the board.

For consumers, they still have the problem of getting the audio in the right place in their awkward, often small, rooms. Larry looks at some of the options for getting great audio in the home which include speakers which bounce sound off the ceiling and soundbars.

One of the key technologies for delivering Dolby Atmos is Dolby AC-4, the improved audio codec taking compression a step further from AC-3. We see that data rates have tumbled, for example, 5.1 surround on AC-3 would be 448Kbps, but can now be done in 144kbps with AC-4. Naturally, it supports channel and object modes and Larry explains how it can deliver a base mix with other audio elements over the top for the decoder to place allowing better customisation. This can include other languages or audio description/video description services. Importantly AC-4, like Dolby E, can be sent so that it doesn’t overlap video frames allowing it to accompany routed audio. Without this awareness of video, any time a video switch was made, the audio would become corrupted and there would be a click.

Dolby Atmos and AC-4 stand on their own and are widely applicable to much of the broadcast chain. Larry finishes this presentation by mentioning that Dolby AC-4 will be the audio of choice for ATSC 3.0. We’ve covered ATSC 3.0 extensively here at The Broadcast Knowledge so if you want more detail than there is in this section of the presentation, do dig in further.