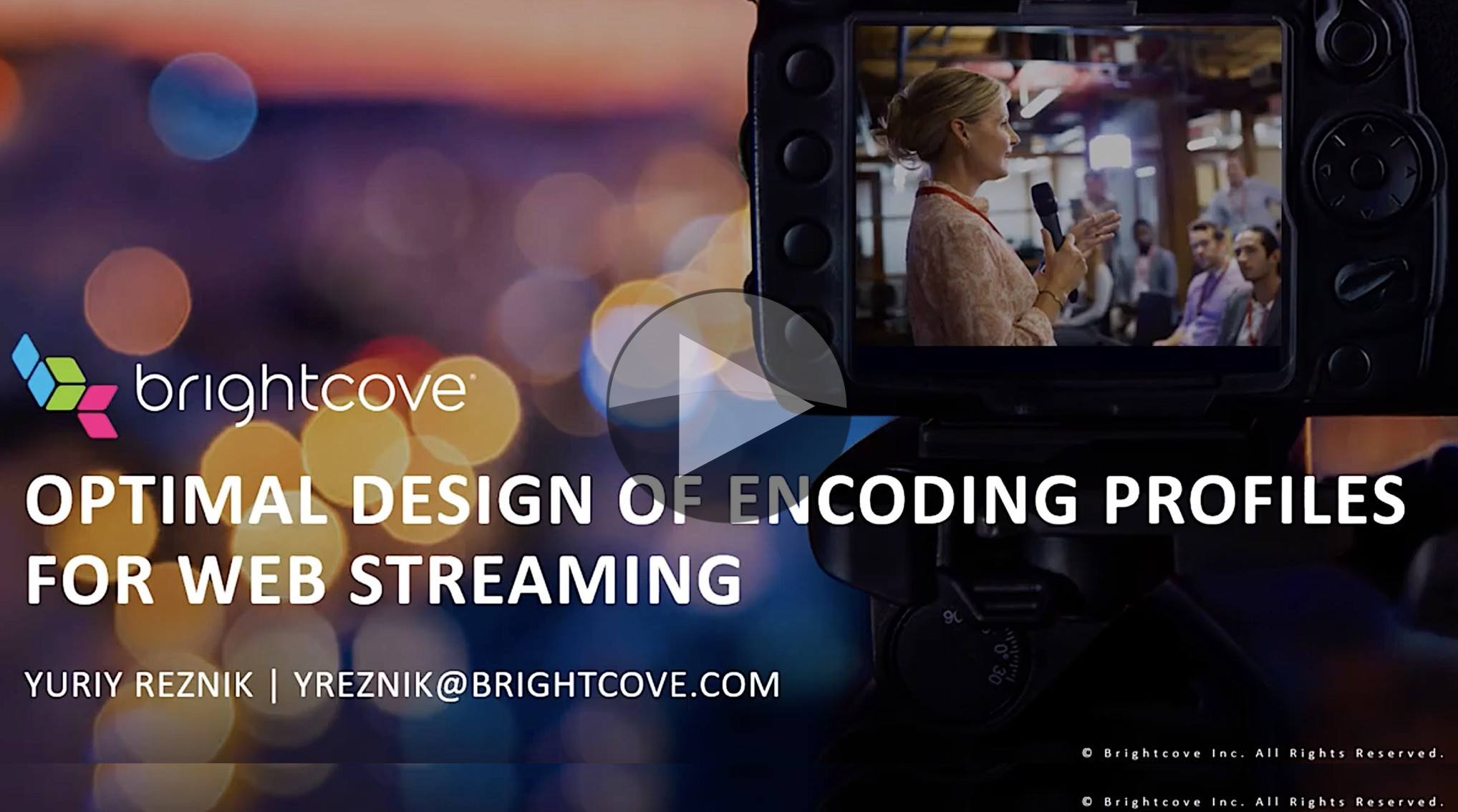 With us since 1998, ABR (Adaptive Bitrate) has been allowing streaming players to select a stream appropriate for their computer and bandwidth. But in this video, we hear that over 20 years on, we’re still developing ways to understand and optimise the performance of ABRs for delivery, finding the best balance of size and quality.

Brightcove’s Yuriy Reznik takes us deep into the theory, but start at the basics of what ABR is and why we. use it. He covers how it delivers a whole series os separate streams at different resolutions and bitrates. Whilst that works well, he quickly starts to show the downsides of ‘static’ ABR profiles. These are where a provider decides that all assets will be encoded at the same set bitrate of 6 or 7 bitrates even though some titles such as cartoons will require less bandwidth than sports programmes. This is where per-title and other encoding techniques come in.

Netflix coined the term ‘per-title encoding’ which has since been called content-aware encoding. This takes in to consideration the content itself when determining the bitrate to encode at. Using automatic processes to determine objective quality of a sample encode, it is able to determine the optimum bitrate.

Content & network-aware encoding takes into account the network delivery as part of the optimisation as well as the quality of the final video itself. It’s able to estimate the likelihood of a stream being selected for playback based upon its bitrate. The trick is combining these two factors simultaneously to find the optimum bitrate vs quality.

The last element to add in order to make this ABR optimisation as realistic as practical is to take into account the way people actually view the content. Looking at a real example from the US open, we see how on PCs, the viewing window can be many different sizes and you can calculate the probability of the different sizes being used. Furthermore we know there is some intelligence in the players where they won’t take in a stream with a resolution which is much bigger than the browser viewport.

Yuriy brings starts the final section of his talk by explaining that he brought in another quality metric from Westerink & Roufs which allows him to estimate how people see video which has been encoded at a certain resolution which is then scaled to a fixed interim resolution for decoding and then to the correct size for the browser windows.

The result of adding in this further check shows that fewer points on the ladder tend to be better, giving an overall higher quality value. Going much beyond 3 is typically not useful for the website. Shows only a few resolutions needed to get good average quality. Adding more isn’t so useful.

Yuriy finishes by introducing SSIM modeling of the noise of an encoder at different bitrates. Bringing together all of these factors, modelled as equations, allows him to suggest optimal ABR ladders.