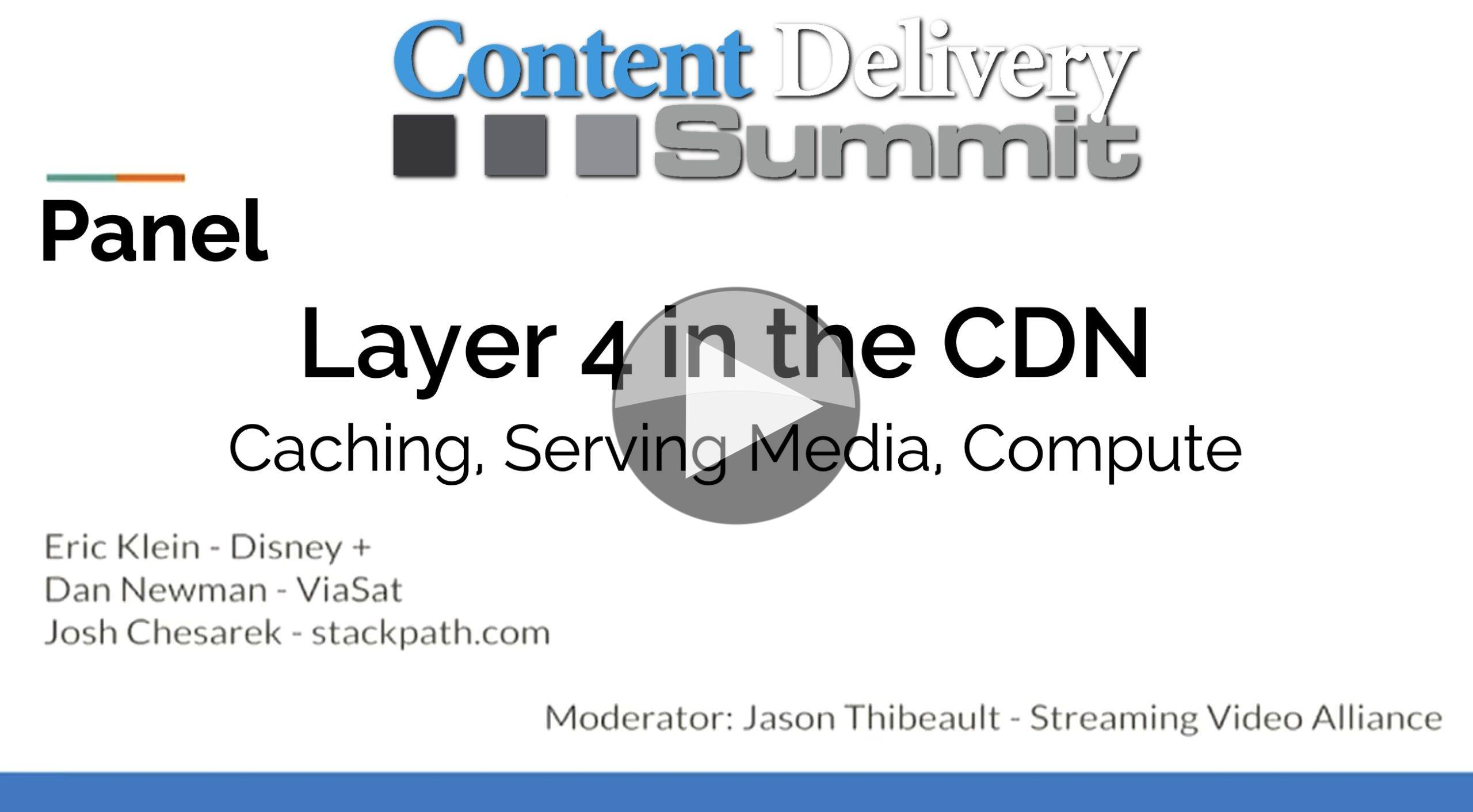 Caching is a critical element of the streaming video delivery infrastructure, but with the proliferation of streaming services, managing caching is complex and problematic. Open Caching is an initiative by the Streaming Video Alliance to bring this under control allowing ISPs and service providers a standard way to operate.

By caching objects as close to the viewer as possible, you can reduce round-trip times which helps reduce latency and can improve playback but, more importantly, moving the point at which content is distributed closer to the customer allows you to reduce your bandwidth costs, and create a more efficient delivery chain.

This video sees Disney Streaming Services, ViaSat and Stackpath discussing Open Caching with Jason Thibeault, Executive Director of the Streaming Video Alliance. Eric Klein from Disney explains that one driver for Open Caching is from content producers which find it hard to scale, to deliver content in a consistent manner across many different networks. Standardising the interfaces will help remove this barrier of scale. Alongside a drive from content producers, are the needs of the network operators who are interested in moving caching on to their network which reduces the back and forth traffic and can help cope with peaks.

Dan Newman from Viasat builds on these points looking at the edge storage project. This is a project to move caching to the edge of the networks which is an extension of the original open caching concept. The idea stretches to putting caching directly into the home. One use of this, he explains, can be used to cache UHD content which otherwise would be too big to be downloaded down lower bandwidth links.

Josh Chesarek from StackPath says that their interest in being involved in the Open Caching initiative is to get consistency and interoperability between CDNs. The Open Caching group is looking at creating these standard APIs for capacity, configuration etc. Also, Eric underlines the interest in interoperability by the close work they are doing with the IETF to find better standards on which to base their work.

Looking at the test results, the average bitrate increases by 10% when using open caching, but also a 20-40% improvement in connection use rebuffer ratio which shows viewers are seeing an improved experience. Viasat have used multicast ABR plus open caching. This shows there’s certainly promise behind the work that’s ongoing. The panel finishes by looking towards what’s next in terms of the project and CDN optimisation.