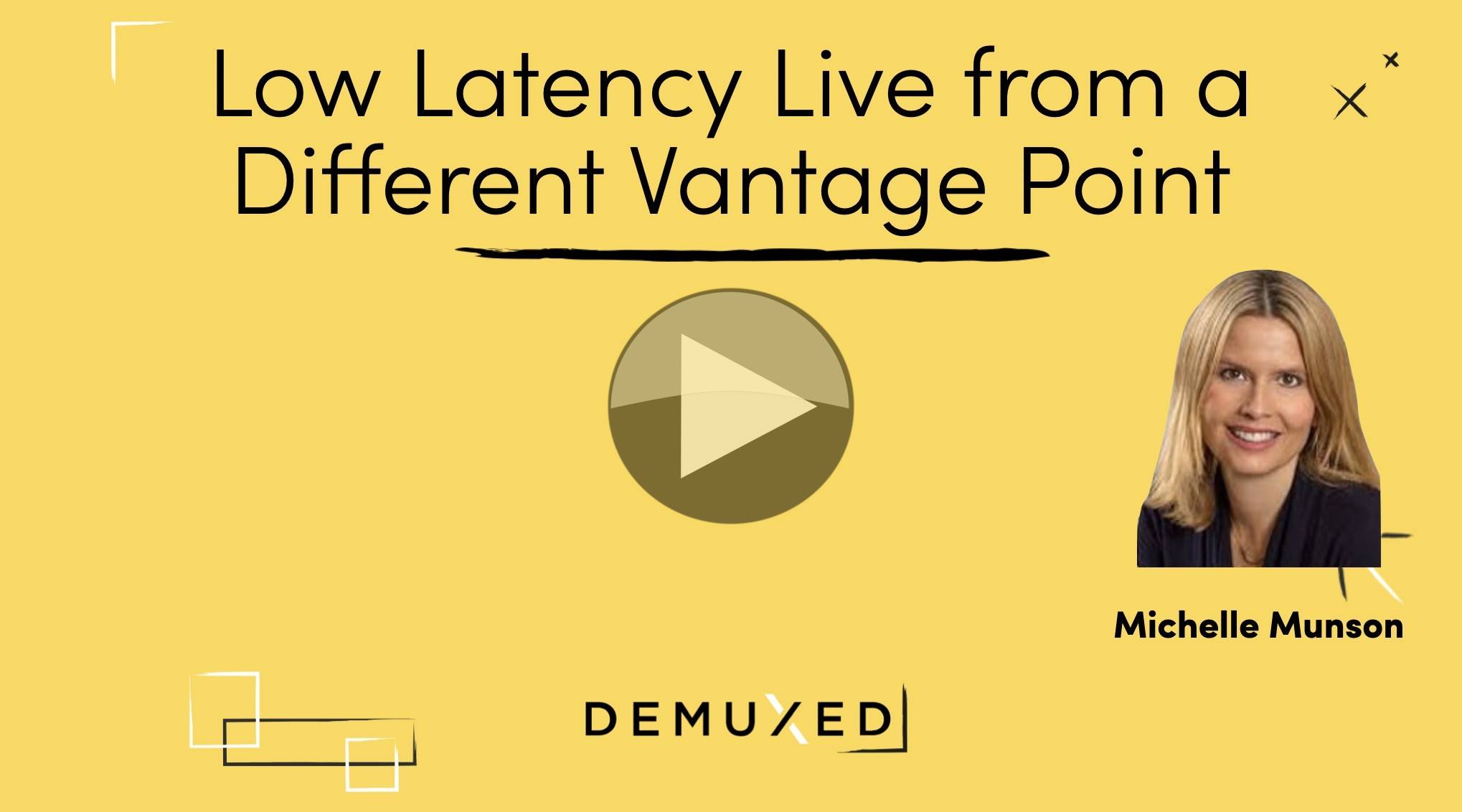 Building a low-latency live streaming platform is certainly possible nowadays, but not without its challenges and compromises. Traditionally, HLS-style delivery keeps latency high because of chunk sizes being between 5 and 10 seconds. Pushing that down to 2 seconds, generally seen as the minimum viable chunk size can then cause problems estimating bandwidth and thus breaking ABR.

Tackling these challenges are a host of technologies such as CMAF, Low-Latency HLS (LHLS) and Apple’s LLHLS but this talk takes a different approach to deliver streams with only 3-4 seconds of latency.

Michelle Munson from Eluvio explains that theoretically you could stream chunks in realtime and the delay would be the propagation time over the internet. In reality, though, encoding and transcoding delay add up, plus the CDN can gradually add to a drift of the signal to 15 seconds. ABR is tricky when delivering chunks in a streamed manner because the standard method of determining available bandwidth by measuring the download time gets broken since all chunks come in real-time.

Tackling this, Michelle introduces her to the decentralised fabric which Eluvio have put together which uses dispersed nodes to hold data acting, in some ways as a CDN but the trick here is that the nodes work together to share video. Each node can transcode just in time and also can create playlists on-demand from the distributed metadata in response to client requests. Being able to bring things together dynamically an on the fly removes a lot of latency pinch points from the system.

The result is a system which can deliver content from the encoder to the nodes in around 250ms then a further 50 or so for distribution. To make ABR easier, the player works one segment behind live so it always has a whole segment to download as quickly as it can and thus enabling ABR to work normally.

Michelle finishes by highlighting the results of testing both over time and at scale. The results show that node load stayed low and even in both scenarios delivering 3.5 seconds of latency.