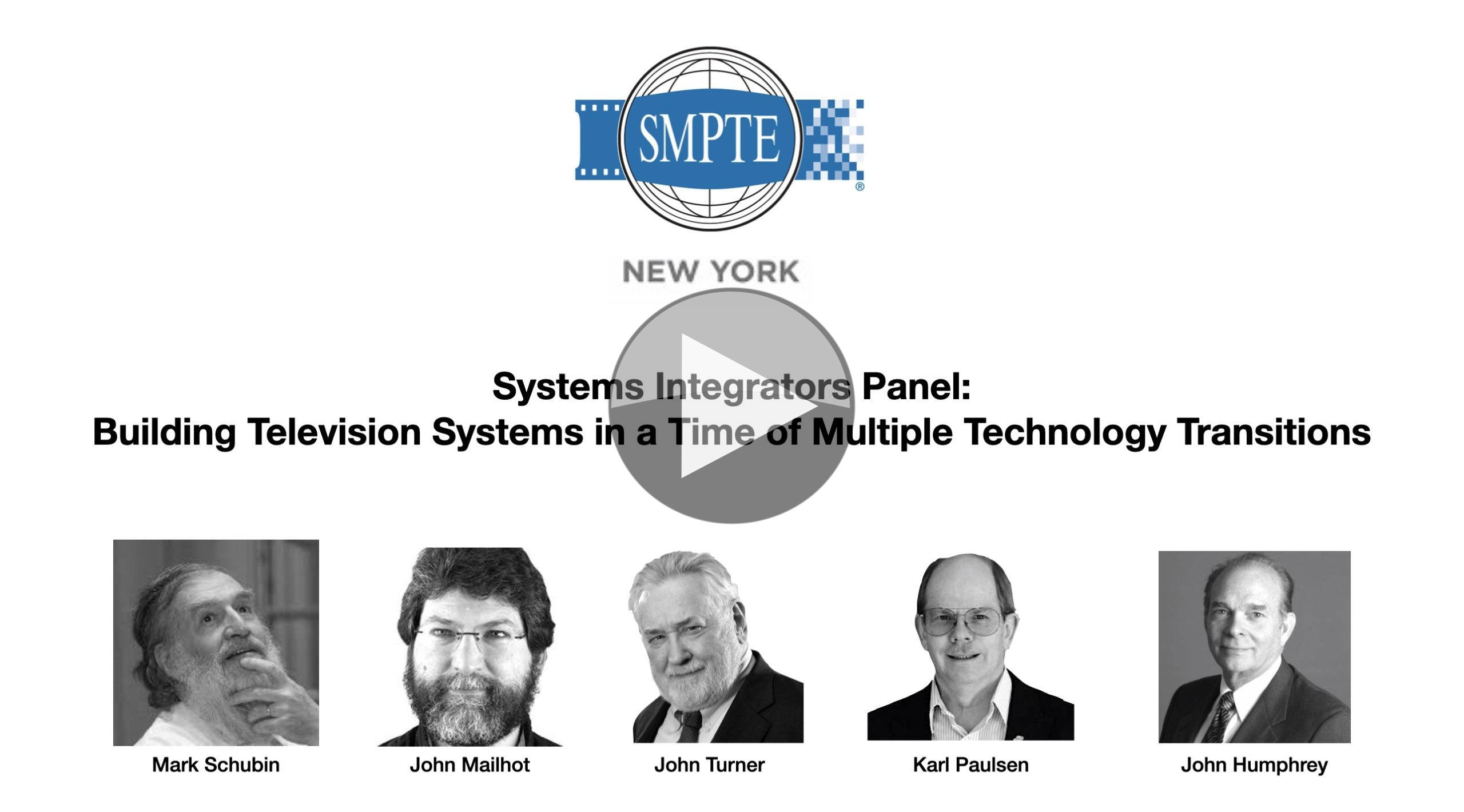 Turning to 5G, Karl answered the question “what are the transformational technologies”. For some applications, for instance back of the camera RF in a stadium, 5G is a major leap compared to microwave packs, but early on in a technology’s life, like we are with 5G, it’s a matter of working out where it does and where it doesn’t work well. In time, it will probably adapt to some of those other use cases that it wasn’t suited for initially. John Turner highlighted the elements that ATSC 3.0 transforms in a big way. From an RF perspective, its modulation is much stronger and more flexible, that it’s able to drive new business models.

John Mailhot’s view on transformational challenge is ‘the people’. He puts forward the idea that the technical constraints of router size and max cable length, to name two examples, embedded themselves into the routines, assumptions and architectures that people embody in their work. With SMPTE ST-2110, most of these constraints are removed. This means you are a lot freer to work out the workflows the business wants. The challenge here is to have the imagination and fortitude to forge the right workflow without getting paralysed by choice.