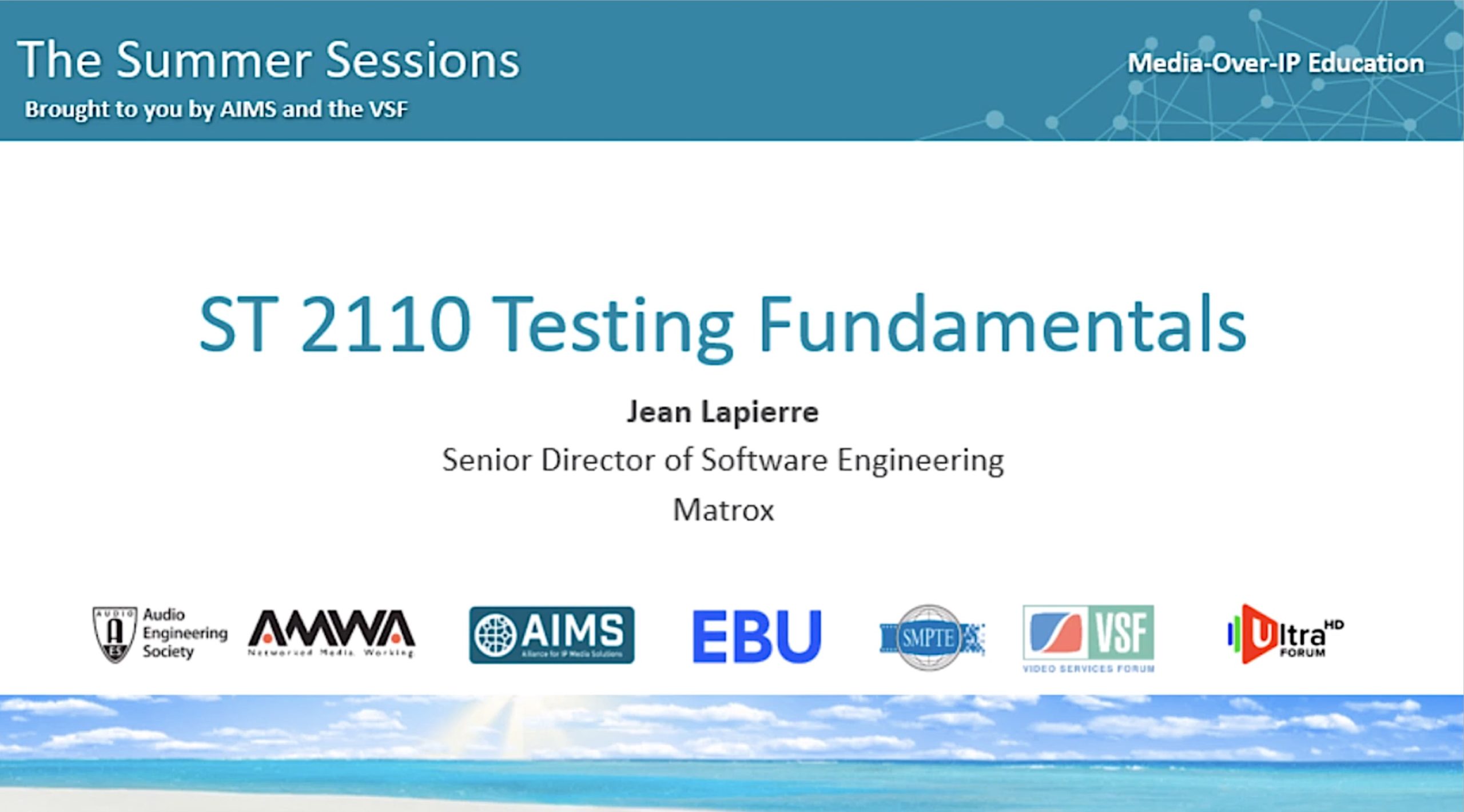 When you’ve chosen to go IP in your facility using ST 2110, you’ll need to know how to verify it’s working correctly, how to diagnose problems and have the right tools available. Vendors participate in several interop tests a year, so we can learn from how they set up their tests and the best practices they develop.

In this talk, Jean Lapierre explains what to test for and the types of things that typically go wrong in ST 2110 systems with PTP. Jean starts by talking about the parts of 2110 which are tested and the network and timing infrastructure which forms the basis of the testing. He then starts to go through problems to look for in deployments.

Jean talks about testing that IGMPv3 multicasts can be joined and then looks at checking the validity of SDP files which can be done by visual inspection and also SDPoker. A visual inspection is still important because whilst SDPoker checks the syntax, there can be basic issues in the content. 2022-7 testing is next. The simplest test is to turn one path off and check for disturbances, but this should be followed up by using a network emulator to deliver a variety of different types of errors of varying magnitudes to ensure there are no edge cases.

ST 2110 uses PTP for timing so, naturally, the timing system also needs to be tested. PTP is a bi-directional system for providing time to all parts of the network instead of a simple waterfall distribution of a centrally created time signal like black and burst. Whilst this system needs monitoring during normal operation, it’s important to check for proper grandmaster failover of your equipment.

PTP is also important when doing 2110 PCAPs in order to have accurate timing and to enable analysis with the EBU’s LIST project. Jean gives some guidelines on using and installing LIST and finishes his talk outlining some of the difficulties he has faced, providing tips on what to look out for. 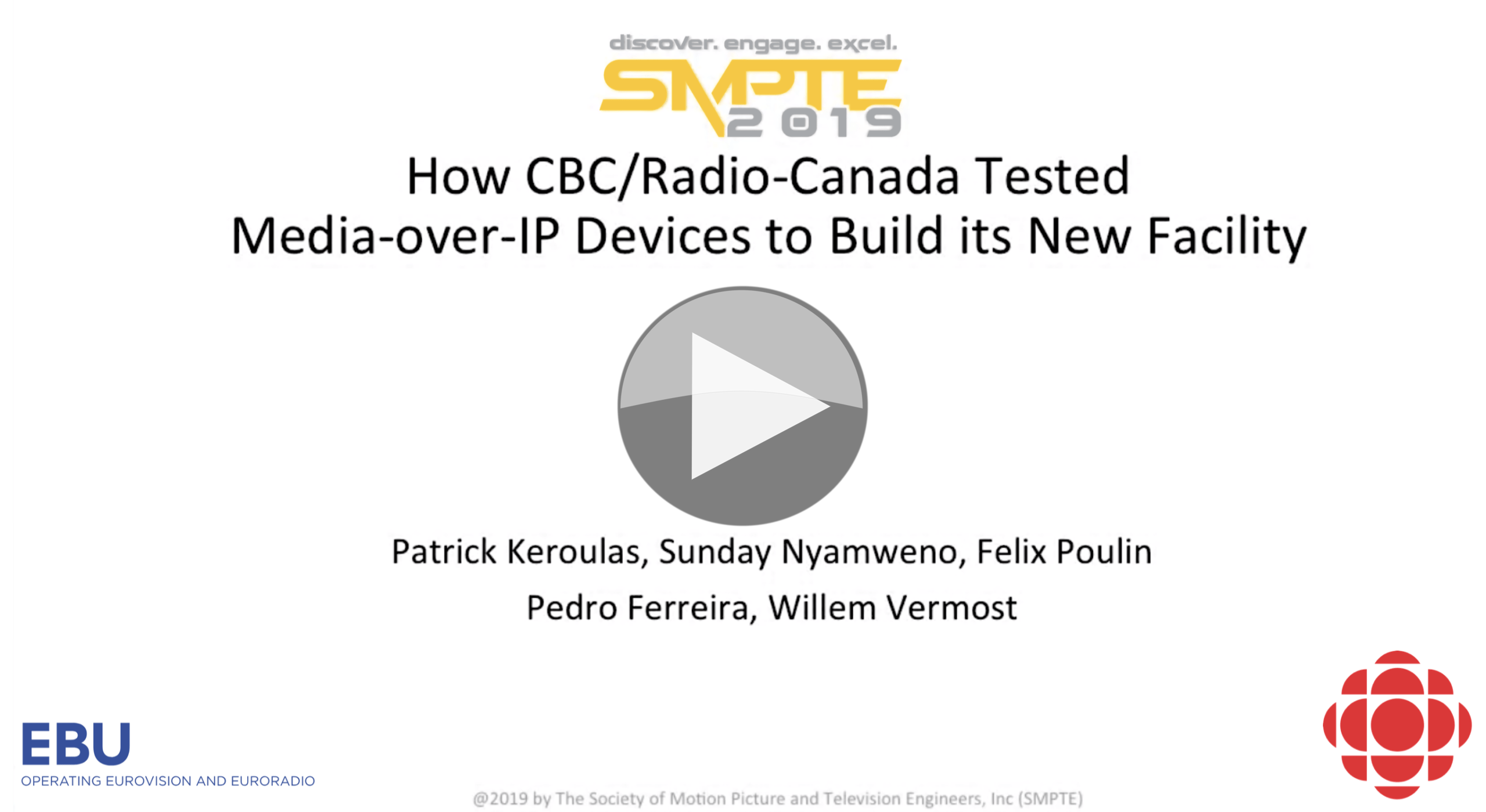 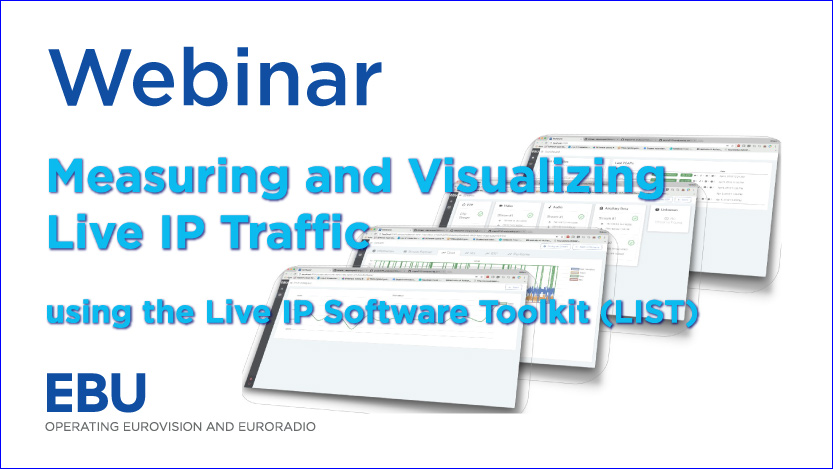 This Webinar provides an introduction to the Live IP Software Toolkit (LIST), and how and what to use it for.
Shining a light on media streams.

IP-based networks make for powerful production infrastructures because they are content-agnostic, scalable, and, in principle, flexible.

Understanding what is going on in your Live IP infrastructure is important. Are your senders transmitting according to the specifications? Does your PTP timing reference perform within proper limits? Without new tools, administrators are blind to such factors. That is where LIST comes in.