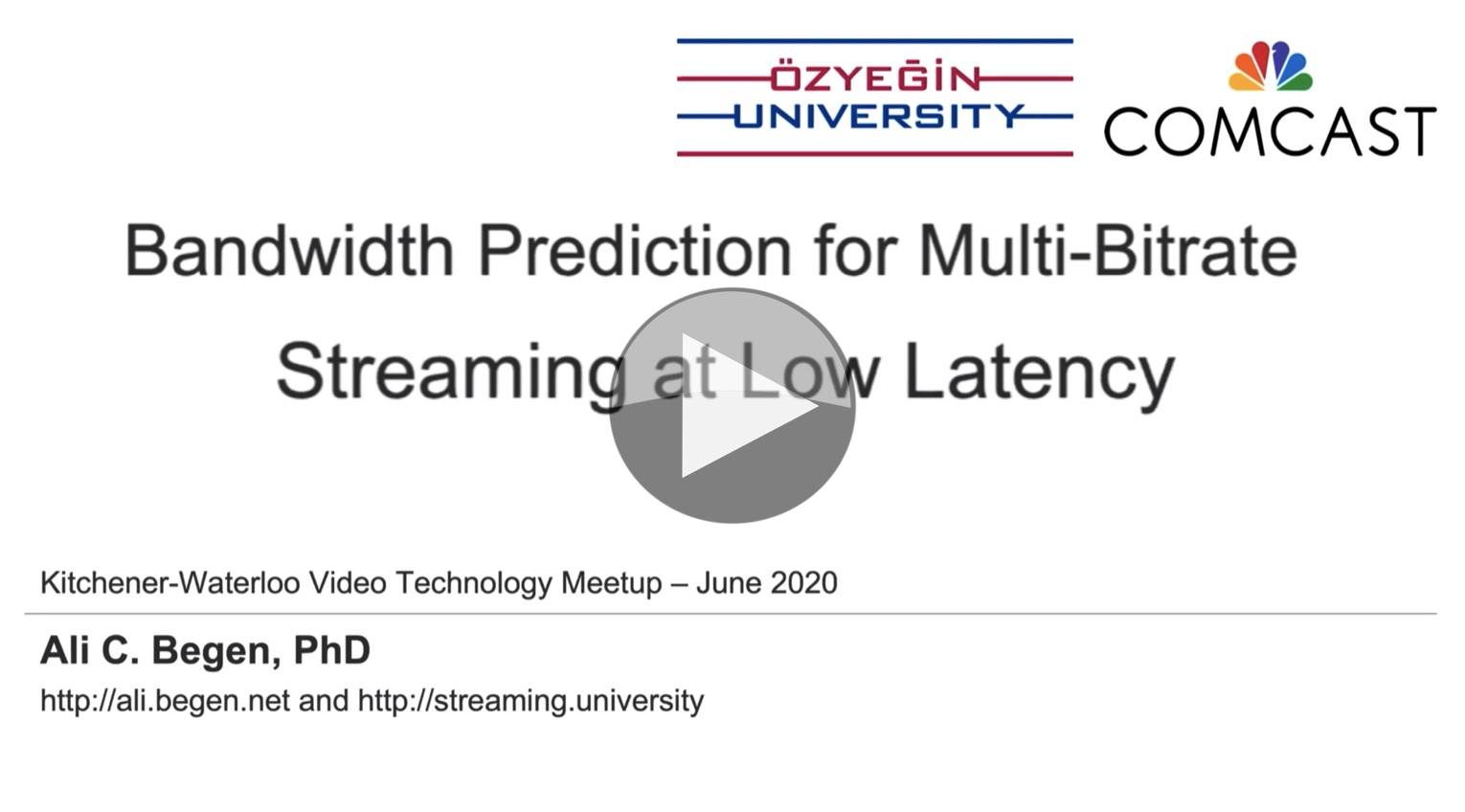 Low latency protocols like CMAF are wreaking havoc with traditional ABR algorithms. We’re having to come up with new ways of assessing if we’re running out of bandwidth. Traditionally, this is done by looking at how long a video chunk takes to download and comparing that with its playback duration. If you’re downloading at the same speed it’s playing, it’s time consider changing stream to a lower-bandwidth one.

As latencies have come down, servers will now start sending data from the beginning of a chunk as it’s being written which means it’s can’t be downloaded any quicker. To learn more about this, look at our article on ISO BMFF and this streaming primer. Since the file can’t be downloaded any quicker, we can’t ascertain if we should move up in bitrate to a better quality stream, so while we can switch down if we start running out of bandwidth, we can’t find a time to go up.

Ali C. Begen and team have been working on a way around this. The problem is that with the newer protocols, you pre-request files which start getting sent when they are ready. As such you don’t actually know the time the chunk starts downloading to you. Whilst you know when it’s finished, you don’t have access, via javascript, to when the file started being sent to you robbing you of a way of determining the download time.

Ali’s algorithm uses the time the last chunk finished downloading in place of the missing timestamp figuring that the new chunk is going to load pretty soon after the old. Now, looking at the data, we see that the gap between one chunk finishing and the next one starting does vary. This lead Ali’s team to move to a sliding window moving average taking the last 3 download durations into consideration. This is assumed to be enough to smooth out some of those variances and provides the data to allow them to predict future bandwidth and make a decision to change bitrate or not. There have been a number of alternative suggestions over the last year or so, all of which perform worse than this technique called ACTE.

In the last section of this talk, Ali explores the entry he was part of into a Twitch-sponsored competition to keep playback latency close to a second in test conditions with varying bitrate. Playback speed is key to much work in low-latency streaming as it’s the best way to trim off a little bit of latency when things are going well and allows you to buy time if you’re waiting for data; the big challenge is doing it without the viewer noticing. The entry used a heuristics and a machine learning approach which worked so well, they were runners up in the contest.