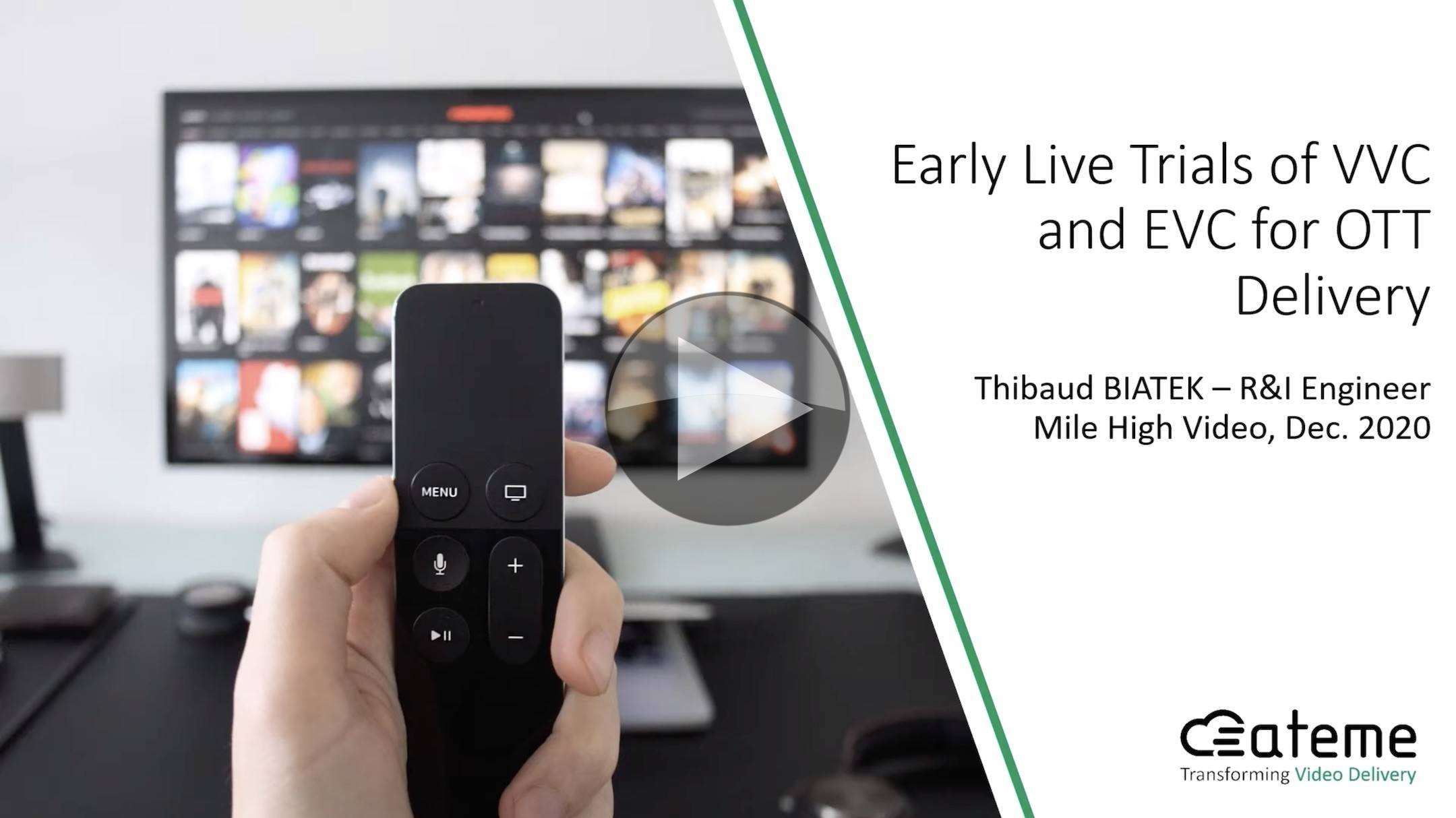 Much of 2020 was spent looking forward to the release of VVC, EVC and LC-EVC. A trio of MPEG standards fitting different use cases across this industry and beyond. Now they’ve all been released, it’s time to filter through finding which are the right fit for your workflows.

In this video, Thibaud Biatek from ATEME looks at using EVC and VVC for online streaming. EVC, is the Essential Video Codec, and VVC stands for the Versatile Video Codec. If you’d like to know more about the codecs themselves, check out this video talking about all of them. The driver for new codecs highlighted in the video is that internet traffic is over 70% video. But taking a step back, we need to remember that these codecs all come delivering more than just compression savings. Some, like LCEVC bring easier compression on embedded systems and easier decoding for AI applications. VVC represents the state of the art in compression techniques and EVC offers a totally royalty-free encoding option which is missing from all other MPEG codecs.

MPEG are very open that VVC is the same fundamental design as MPEG 2 was, it’s the techniques in each functional block which have improved in both quantity and ability that marks the difference. As such, Thibaud notes that you can create the same base code for an EVC codec as for VVC, thus you only need one software library to deliver an encode for both codecs. If you look at partitioning the screen into blocks, we see that VVC does everything EVC does but ads the ability to have diagonals. Screen Content Coding (SCC) is a speciality of VVC which adds it as a standard capability, unlike HEVC which had it optional. EVC also has SCC but only contains Intra Block Copy to implement it; VVC has three more on top of IBC.

Thibaud outlines how ATEME have done their initial implementations of VVC and EVC. Though they are not yet full implementations, they are seeing notable improvements over HEVC, particularly for VVC’s encoding of 8K which is attributed to the larger block sizes allowed in partitioning. He then takes us through the trials to date which have involved UHD VVC over satellite to the current test which is a real-time VVC encode to a CMAF ladder of 720p, 1080p and 2160p. In partnership with Akamai, this was then distributed as CMAF to the end-user which was using IETR’s openVVC decoder.