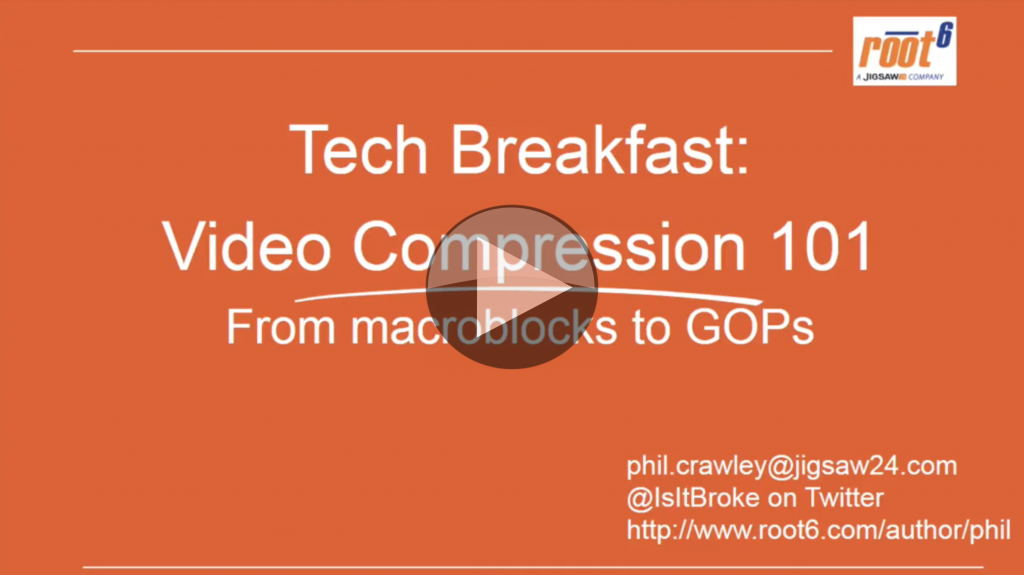 Jigsaw24’s Chief Engineer, Phil Crawley, explains video codecs from the fundamentals up. Codecs touch every part of the broadcast chain and are a vital part of the industry as much as of day to day life. So it’s worth brushing up or learning the basics to help you to fully understand what’s happening with today’s codecs, whether that be HEVC, AV1, JPEG XS or trusty MPEG4. 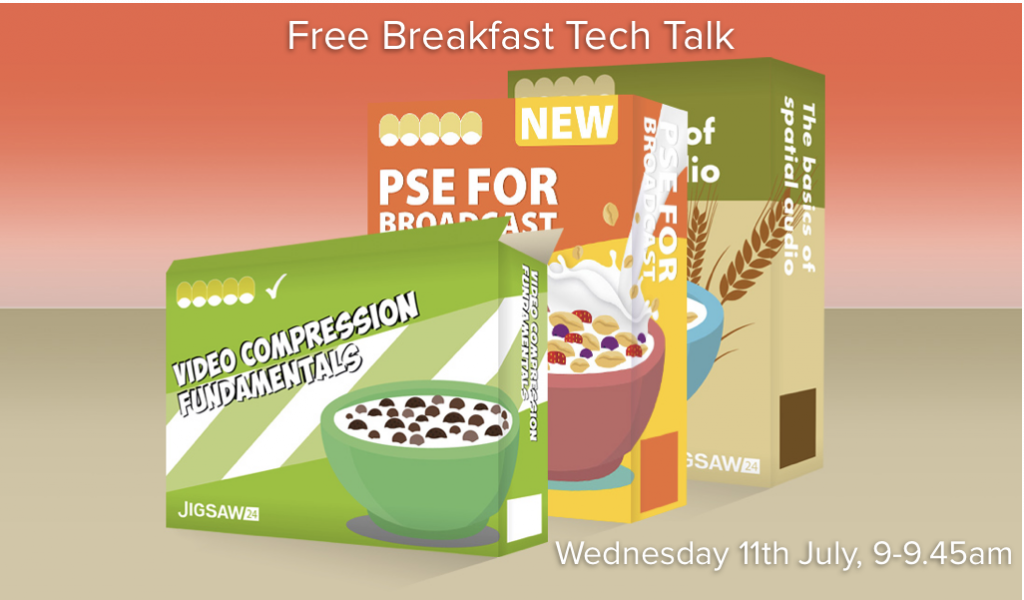 The Tech Breakfast at Jigsaw24 continue this time with a look at video compression fundamentals. Codecs are a vital part of the industry and almost part of day to day life, so the experts from root6, Phil Crawley and Matt Ward, will help you get a grasp of the basics and understand what’s happening with today’s codecs, be that HEVC, AV1 or trusty MPEG4. All this, plus a pastry and a drink! 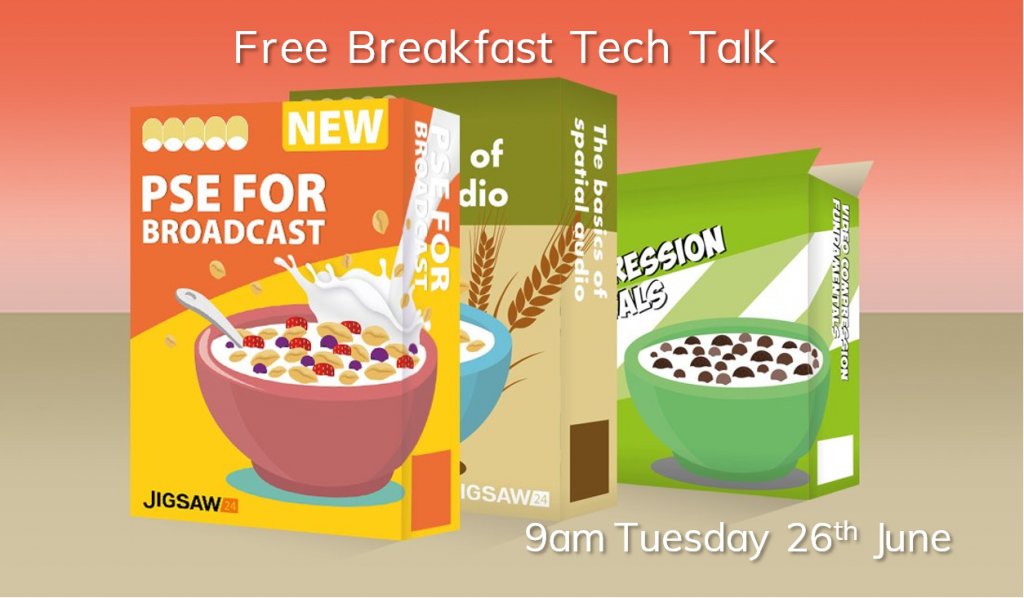 The Tech Breakfasts are back, this time with a look at PSE (Photosensitive Epilepsy) testing for video in broadcast. With Telestream demoing Vidchecker and the experts from root6, Phil Crawley and Matt Ward, you can find out what you need about the regulations and how to meet them…all at the same time has having a pastry and a drink. 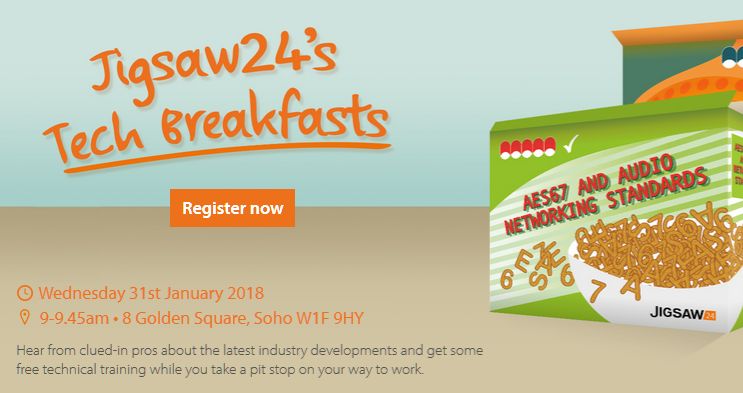