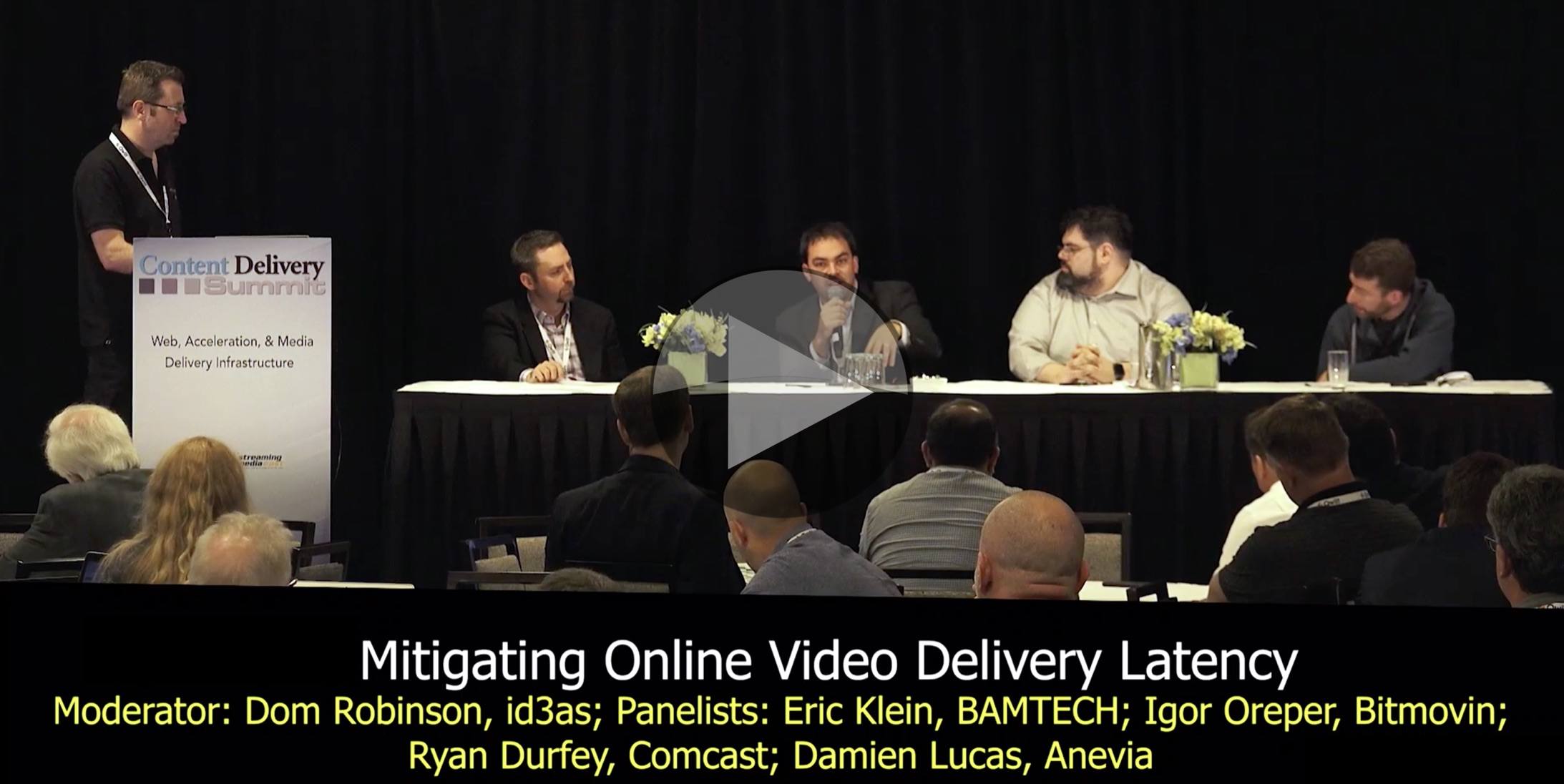 Real-world solutions to real-world streaming latency in this panel from the Content Delivery Summit at Streaming Media East. With everyone chasing reductions in latency, many with the goal of matching traditional broadcast latencies, there are a heap of tricks and techniques at each stage of the distribution chain to get things done quicker.

The panel starts by surveying the way these companies are already serving video. Comcast, for example, are reducing latency by extending their network to edge CDNs. Anevia identified encoding as latency-introducer number 1 with packaging at number 2.

Bitmovin’s Igor Oreper talks about Periscope’s work with low-latency HLS (LHLS) explaining how Bitmovin deployed their player with Twitter and worked closely with them to ensure LHLS worked seamlessly. Periscope’s LHLS is documented in this blog post.

The panel shares techniques for avoiding latency such as keeping ABR ladders small to ensure CDNs cache all the segments. Damien from Anevia points out that low latency can quickly become pointless if you end up with a low-latency stream arriving on an iPhone before Android; relative latency is really important and can be more so than absolute latency.

The importance of HTTP and the version is next up for discussion. HTTP 1.1 is still widely used but there’s increasing interest in HTTP 2 and QUIC which both handle connections better and reduce overheads thus reducing latency, though often only slightly.

The panel finishes with a Q&A after discussing how to operate in multi-CDN environments.