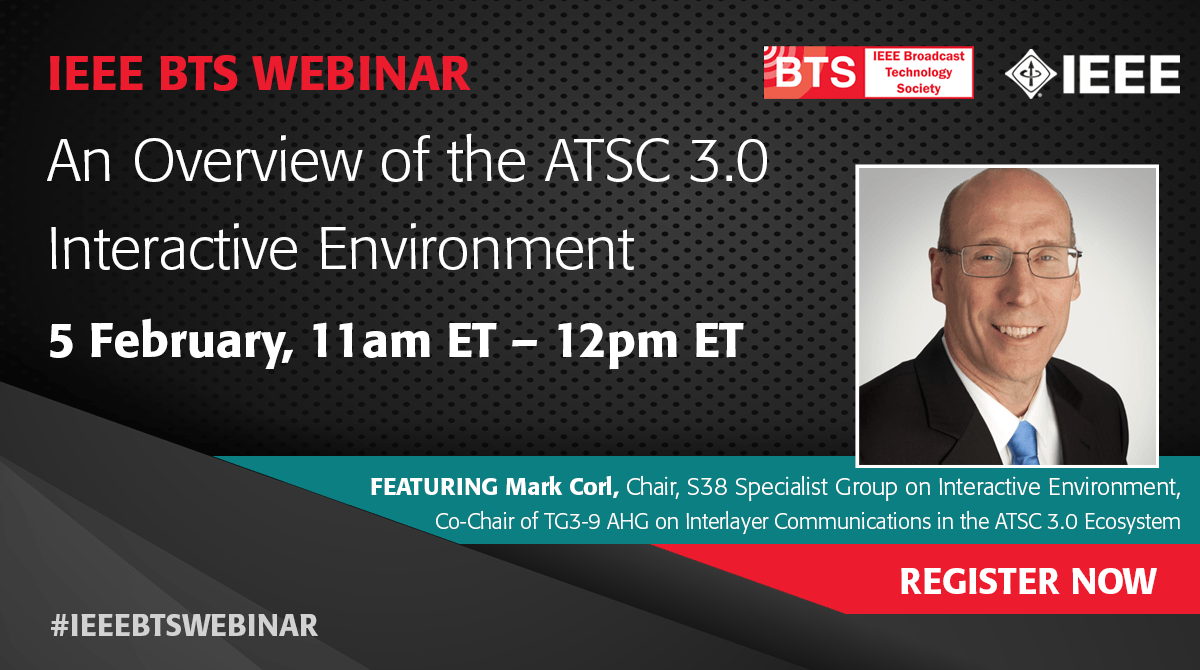 Allowing viewers to interact with television services is an obvious next step for the IP-delivered ATSC service. Taking cues from the European HbbTV standard, the aim here is to make available as many ways as practical for viewers to direct their viewing in order to open up new avenues for television channels and programme creators.

Mark Corl is chair of the TG3/S38: Specialist Group on Interactive Environment. Its aim is to support interactive applications and their companion devices. It has produced the A/344 standard which is based on W3C technologies with APIs which support the needs of broadcast television. It describes the Interactive Environment Content Display model allowing video to be mixed with app graphics as a composite display. Mark is also part of the ATSC group TG3-9 which looks at how the different layers of ATSC 3.0 can communicate with each other where necessary.

From the TG3 group, too, is the Companion Device Concepts A/338 standards document which details discovery of second devices such as smartphones and enabling them to communicate with the ATSC 3.0 receiver.

In this webinar from the IEEE BTS, Mark marries an understanding of these documents with the practical aspects of deploying interactive broadcaster applications to receivers including some of the motivations to do this, such as improving revenue through the introduction of Dynamic Ad Insertion and personalisation.