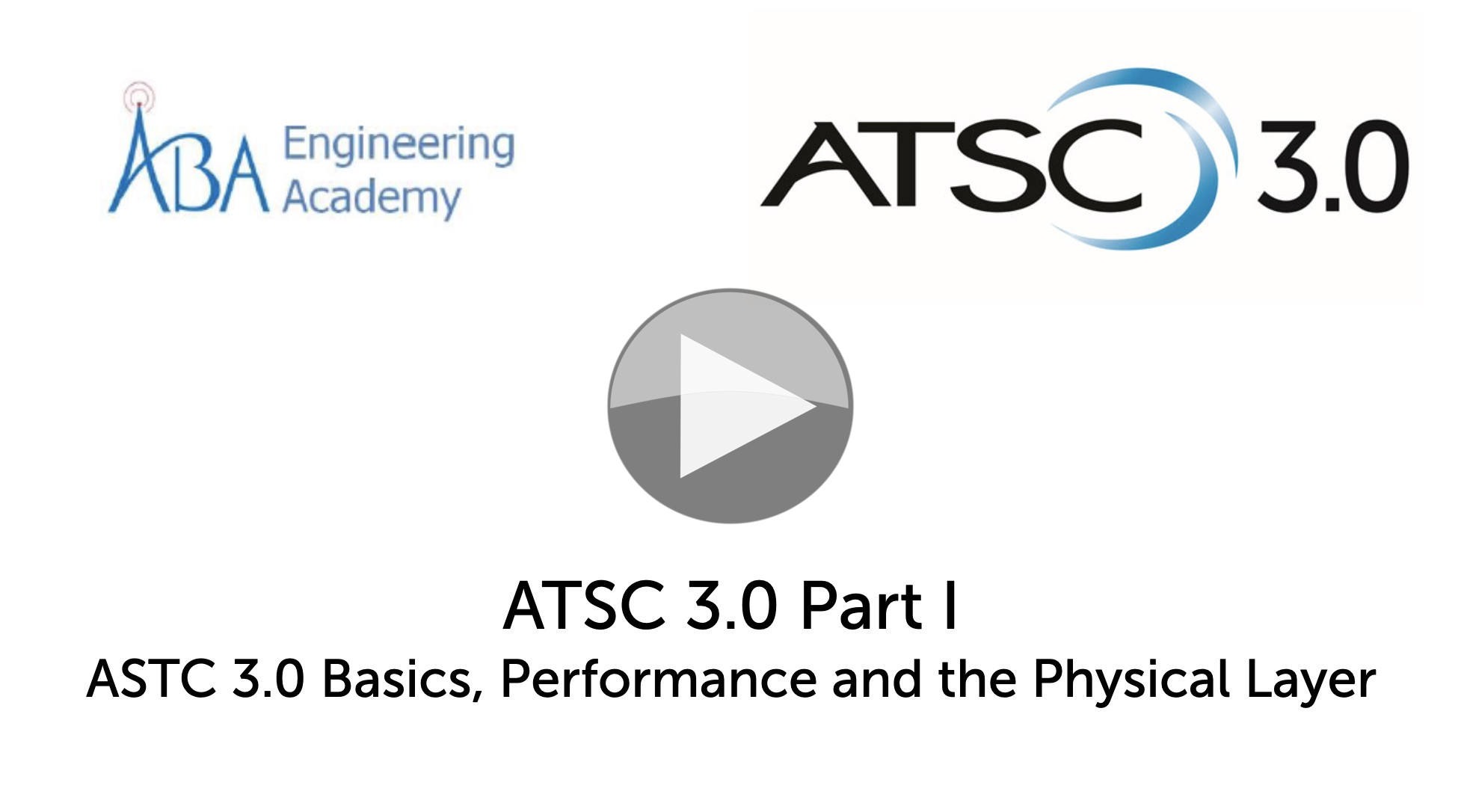 ATSC 3.0 is a revolutionary technology bringing IP into the realms of RF transmission which is gaining traction in North America and is deployed in South Korea. Similar to DVB-I, ATSC 3.0 provides a way to unite the world of online streaming with that of ‘linear’ broadcast giving audiences and broadcasters the best of both worlds. Looking beyond ‘IP’, the modulation schemes are provided are much improved over ATSC 1.0 providing much better reception for the viewer and flexibility for the broadcaster.

Richard Chernock, now retired, was the CSO of Triveni Digital when he have this talk introducing the standard as part of a series of talks on the topic. ATSC, formed in 1982 brought the first wave of digital television to The States and elsewhere, explains Richard as he looks at what ATSC 1.0 delivered and what, we now see, it lacked. For instance, it’s fixed 19.2Mbps bitrate hardly provides a flexible foundation for a modern distribution platform. We then look at the previously mentioned concept that ATSC 3.0 should glue together live TV, usually via broadcast, with online VoD/streaming.

The next segment of the talk looks at how the standard breaks down into separate standards. Most modern standards like STMPE’s 2022 and 2110, are actually a suite of individual standards documents united under one name. Whilst SMPTE 2110-10, -20, -30 and -40 come together to explain how timing, video, audio and metadata work to produce the final result of professional media over IP, similarly ATSC 3.0 has sections on explaining how security, applications, the RF/physical layer and management work. Richard follows this up with a look at the protocol stack which serves to explain which parts are served on TCP, which on UDP and how the work is split between broadcast and broadband.

The last section of the talk looks at the physical layer. That is to say how the signal is broadcast over RF and the resultant performance. Richard explains the newer techniques which improve the ability to receive the signal, but highlights that – as ever – it’s a balancing act between reception and bandwidth. ATSC 3.0’s benefit is that the broadcaster gets to choose where on the scales they want to broadcast, tuning for reception indoors, for high bit-rate reception or anywhere in between. With less than -6dB SNR performance plus EAS wakeup, we’re left with the feeling that there is a large improvement over ATSC 1.0.

The talk finishes with two headlining features of ATSC 3.0. PLPs, also known as Physical Layer Pipes, are another headlining feature of ATSC 3.0, where separate channels can be created on the same RF channel. Each of these can have their own robustness vs bit rate tradeoff which allows for a range of types of services to be provided by one broadcaster. The other is Layered Division Multiplexing which allows PLPs to be transmitted on top of each other which allows 100% utilisation of the available spectrum.