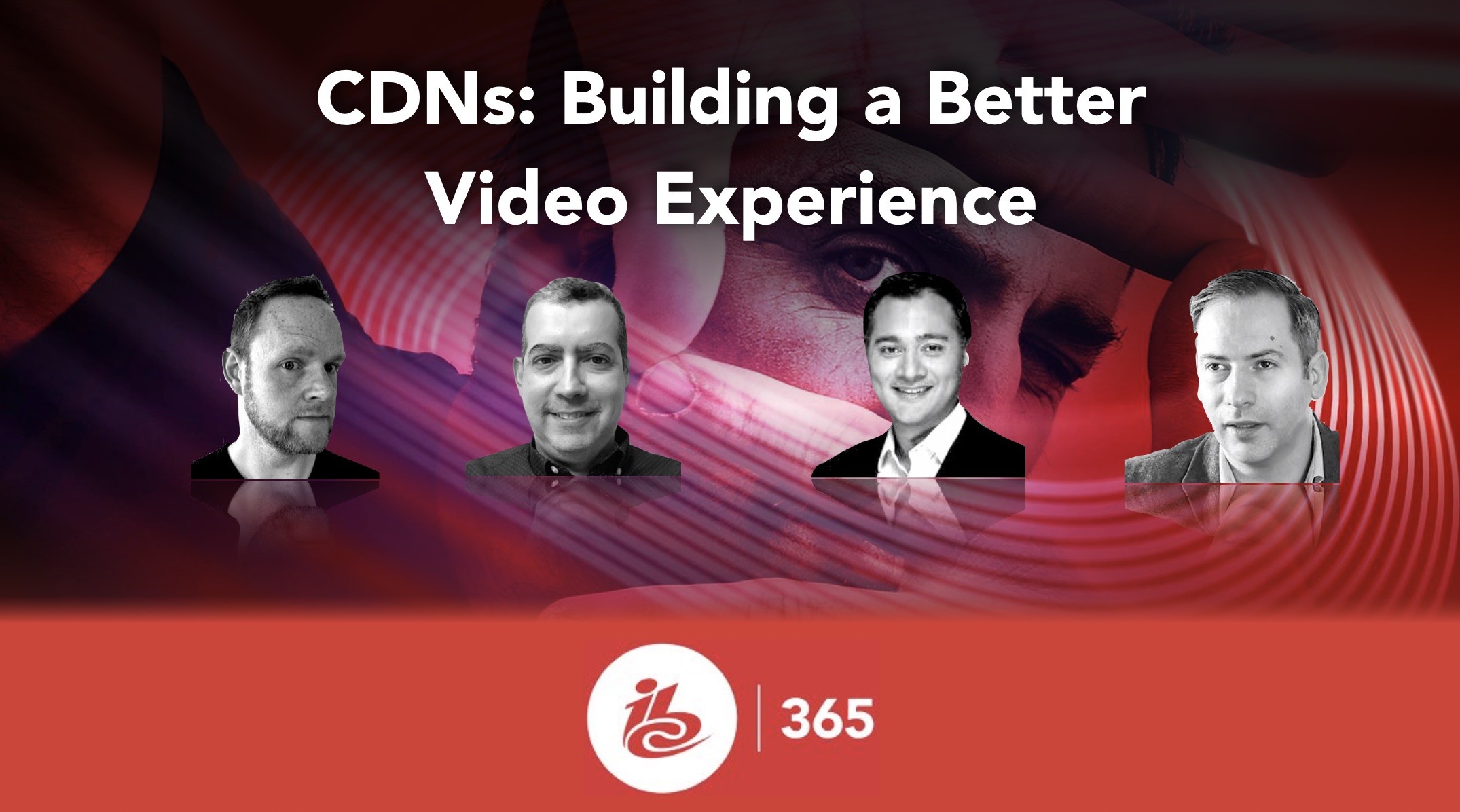 With European CDN spend estimated to reach $7bn by 2023, an increase in $1.2 in only three years, it’s clear there is no relenting in the march towards IP. In fact, that’s a guiding principle of the BBC’s transmission strategy as we hear from this panel which brings together three broadcasters, beIN, Globo and the BBC to discuss how they’re using CDNs at the moment and their priorities for the future.

Carlos Octavio introduces Globo’s massive scale of programming for Brazil and Latin America. Producing 26,000 hours of content annually, they aim to differentiate themselves as much with the technology of their offerings as with the content. This thirst for differentiation drives their CDN strategy. Brazil is a massive country, so covering the footprint is hard. Octavio explains that they have created their own CDN to support Globo Play which is based on 4 tiers from their two super PoPs in Rio and Sao Paolo down to edge caches. Octavio shows that they are able to achieve the same response times as the major CDN companies in the region. For overflow capacity, Globo uses a multi-CDN approach.

Bhavesh Patel talks about the sports and news output of beIN, both of these being bursty in nature. Whilst traffic for sporting events can forecast, with news this is often not possible. This, plus the wide variability of customers’ home bandwidth are drivers in choosing which CDNs to partner with. Over the next twelve months, Bhavesh explains, beIN’s focus will move to bring down latency on their system as a whole, not on a service by service level. They are also expecting to continue to modify their ABR ladders to follow viewers as they continue their shift from second screens to 60 inch TVs.

The BBC’s approach to distribution is explained by Paul Tweedy. Whilst the BBC is still well known as a linear, public broadcaster, it has been using online distribution for 25 years and continues to innovate in that space. Two important aspects to their strategy are being on as many devices as practical and ensuring the quality of the online experience meets or is comparable to the linear services. The BBC has been using multiple CDNs for many years now. What changes is the balance and what they use CDNs for. They cover a lot of sports, explains Paul, which leads to short-term scaling difficulties, but long term scaling difficulties are equally on his mind due to what the BBC calls the ‘glide path to IP’. This is the acknowledgement that, at some point, it won’t be financially viable to run transmitters and IP will be the wise way to use the licence fee on which the BBC depends. Doing this, clearly, will demand IP delivery of many times what is currently being used. Yesterday’s article on multicast ABR is one way in which this may be mitigated and fits into a multi-CDN strategy.

Looking at today’s streaming services, Paul and his colleagues aim to get analytics from every player on every device wherever possible. Big data techniques are used to understand these logs along with server-side, client-to-edge and edge-to-origin logs. This information along with sports schedules can lead to capacity planning, though many news events are much less easy to plan. It’s these unplanned, high-peak events which drive the BBC’s build up of internal monitoring tools to help them understand what is working well under load and what’s starting to feel the strain so they can take action to ensure quality is maintained even through these times of intense interest. The BBC manage their capacity with their own CDN, called BIDI, which provides for the baseline needs and allows an easier-to-forecast budget. Mulitple, third-party CDNs are, then, the key to providing the variable and peak capacities needed.

As we head into the Q&A Limelight’s Steve Miller-Jones outlines the company’s strengths including their focus on adding abilities on top of a ‘typical’ CDN. For instance, running applications on the CDN which is particularly useful as part of edge compute and their ability to run WebRTC at scale which not many CDNs are built to do. The Q&A sees the broadcasters outlining what they particularly look out for in a CDN and how they leverage AI. Globo anticipate using AI to help them predict traffic demand, beIN see it providing automated highlights whilst the BBC see it enabling easier access to their deep archives.