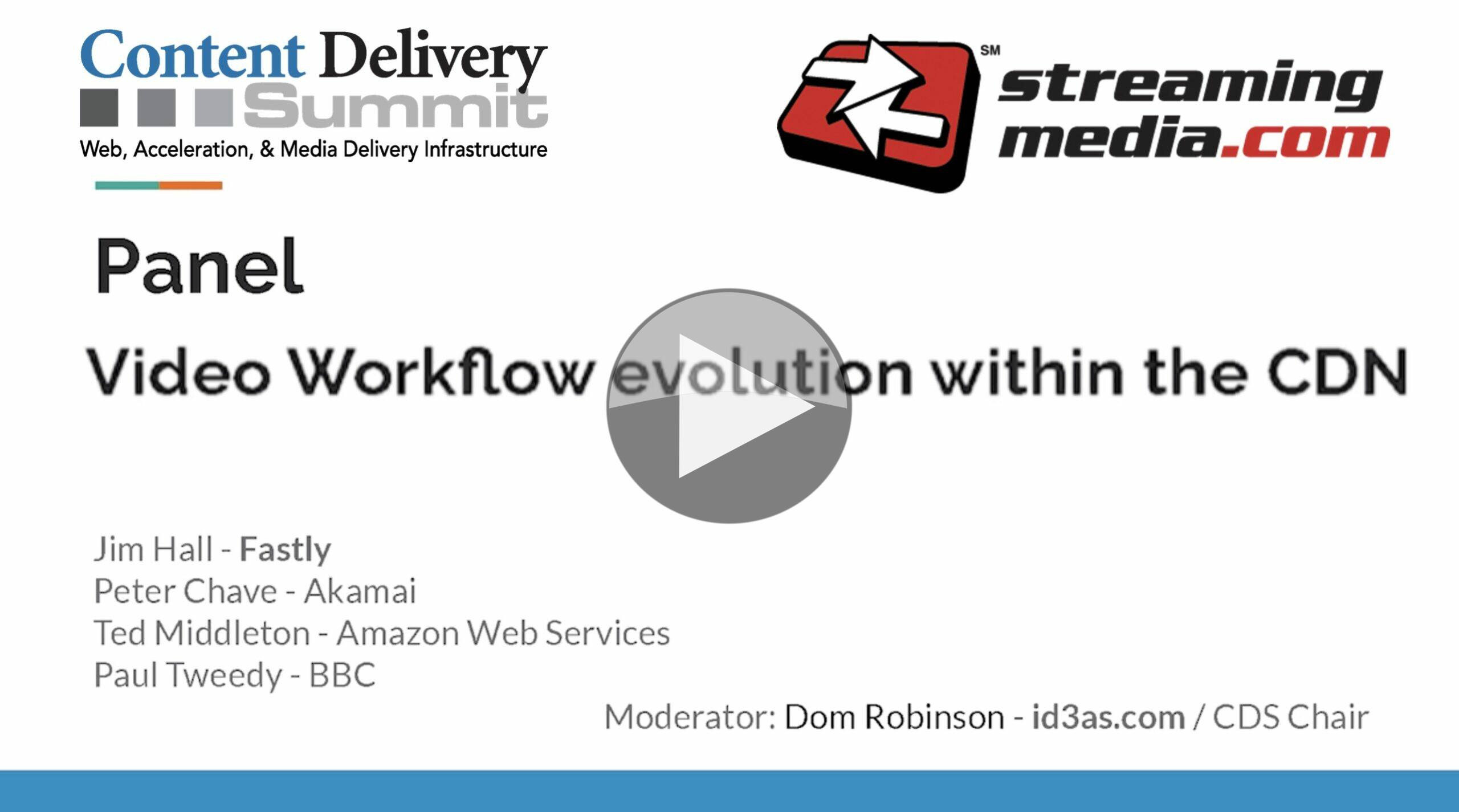 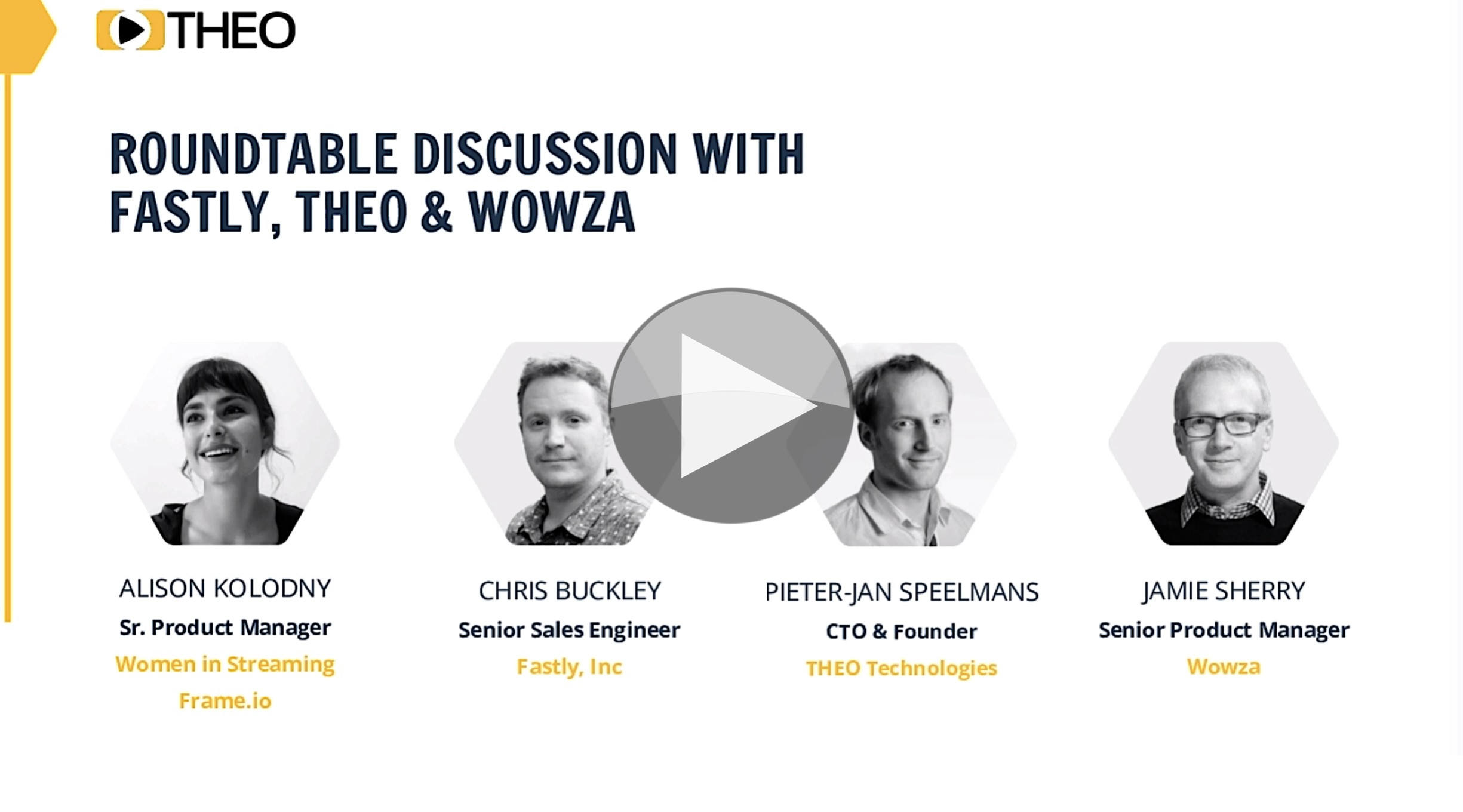 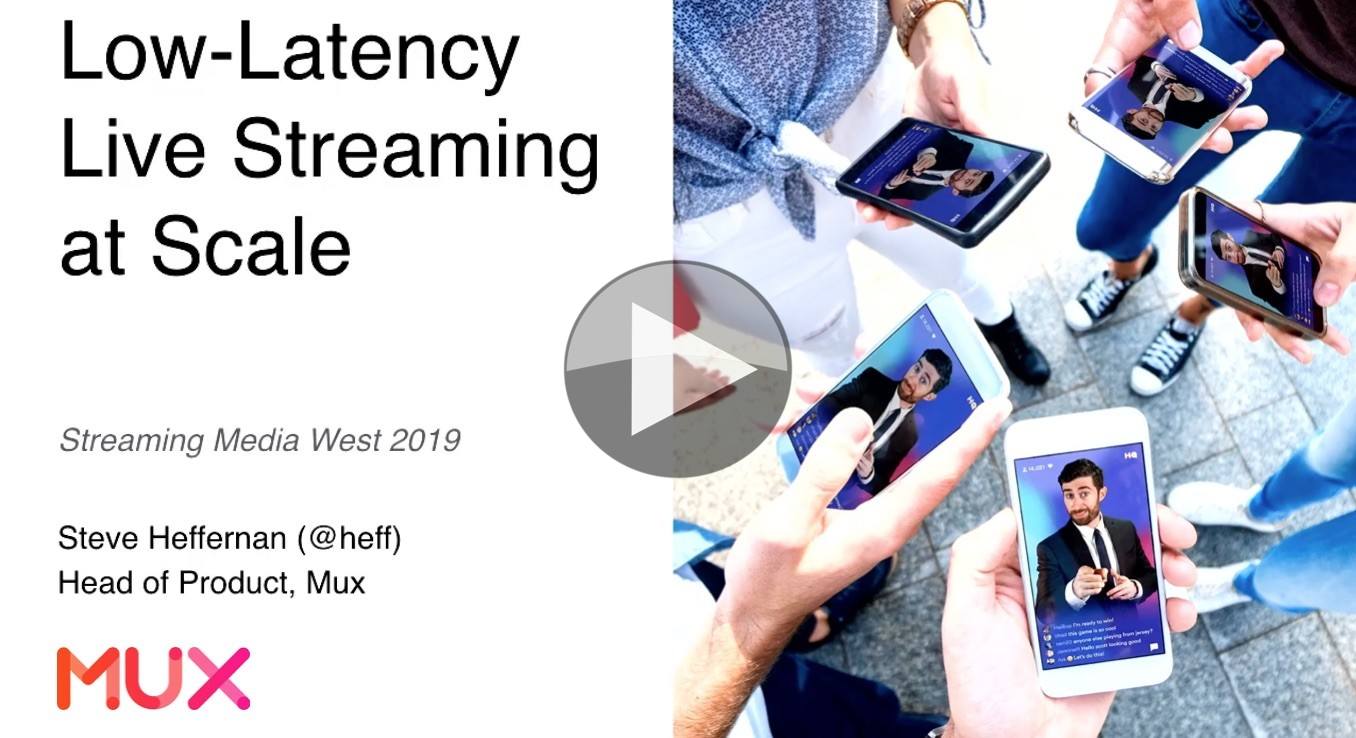 Low latency can be a differentiator for a live streaming service, or just a way to ensure you’re not beaten to the punch by social media or broadcast TV. Either way, it’s seen as increasingly important for live streaming to be punctual breaking from the past where latencies of thirty to sixty seconds were not uncommon. As the industry has matured and connectivity has enough capacity for video, simply getting motion on the screen isn’t enough anymore.

Steve Heffernan from MUX takes us through the thinking about how we can deliver low latency video both into the cloud and out to the viewers. He starts by talking about the use cases for sub-second latency – anything with interaction/conversations – and how that’s different from low-latency streaming which is one to many, potentially very large scale distribution. If you’re on a video call with ten people, then you need sub-second latency else the conversation will suffer. But distributing to thousands or millions of people, the sacrifice in potential rebuffering of operating sub-second, isn’t worth it, and usually 3 seconds is perfectly fine.

Steve talks through the low-latency delivery chain starting with the camera and encoder then looking at the contribution protocol. RTMP is still often the only option, but increasingly it’s possible to use WebRTC or SRT, the latter usually being the best for streaming contribution. Once the video has hit the streaming infrastructure, be that in the cloud or otherwise, it’s time to look at how to build the manifest and send the video out. Steve talks us through the options of Low-Latency HLS (LHLS) CMAF DASH and Apple’s LL-HLS. Do note that since the talk, Apple removed the requirement for HTTP/2 push.

The talk finishes off with Steve looking at the players. If you don’t get the players logic right, you can start off much farther behind than necessary. This is becoming less of a problem now as players are starting to ‘bend time’ by speeding up and slowing down to bring their latency within a certain target range. But this only underlines the importance of the quality of your player implementation. 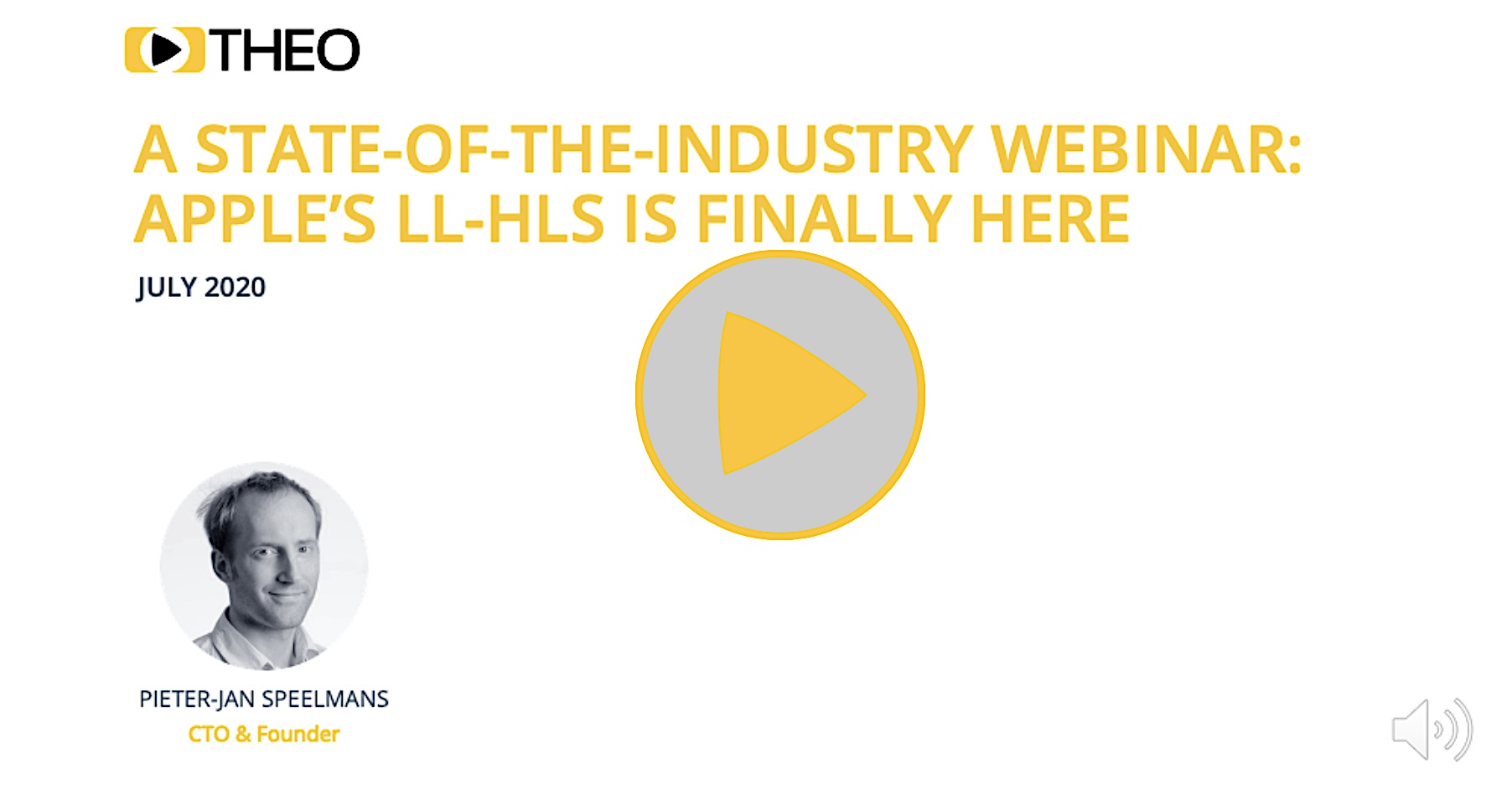 Even after restrictions are lifted, it’s estimated that overall streaming subscriptions will remain 10% higher than before the pandemic. We’ve known for a long time that streaming is here to stay and viewers want their live streams to arrive quickly and on-par with broadcast TV. There have been a number of attempts at this, the streaming community extended HLS to create LHLS which brought down latency quite a lot without making major changes to the defacto standard.

MPEG’s DASH also has created a standard for low-latency streaming allowing CMAF to be used to get the latency down even further than LHLS. Then Apple, the inventors of the original HLS, announced low-latency HLS (LL-HLS). We’ve looked at all of these previously here on The Broadcast Knowledge. This Online Streaming Primer is a great place to start. If you already know the basics, then there’s no better than Will Law to explain the details.

The big change that’s happened since Will Law’s talk above, is that Apple have revised their original plan. This talk from CTO and Founder of THEOplayer, Pieter-Jan Speelmans, explains how Apple’s modified its approach to low-latency. Starting with a reminder of the latency problem with HLS, Pieter-Jan explains how Apple originally wanted to implement LL-HLS with HTTP/2 push and the problems that caused. This has changed now, and this talk gives us the first glimpse of how well this works.

Pieter-Jan talks about how LL-DASH streams can be repurposed to LL-HLS, explains the protocol overheads and talks about the optimal settings regarding segment and part length. He explains how the segment length plays into both overall latency but also start-up latency and the ability to navigate the ABR ladder without buffering.

There was a lot of frustration initially within the community at the way Apple introduced LL-HLS both because of the way it was approached but also the problems implementing it. Now that the technical issues have been, at least partly, addressed, this is the first of hopefully many talks looking at the reality of the latest version. With an expected ‘GA’ date of September, it’s not long before nearly all Apple devices will be able to receive LL-HLS and using the protocol will need to be part of the playbook of many streaming services.

Watch now to get the full detail