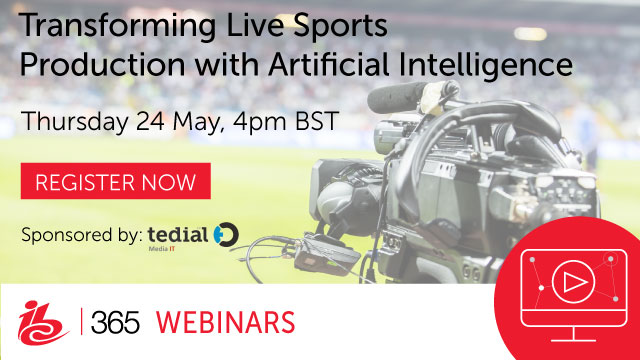 In this webinar from IBC365, sponsored by Tedial, we hear about how Artificial Intelligence in live broadcast from Daniel McDonnell of Timeline TV, Dr. Rob Oldfield from Salsa sound and Jérôme Wauthoz from Tedial.
They discuss the fact that producing and managing the most valuable live sport broadcasts is being transformed through AI-enabled tools automating critical parts the production process. From AI cameras focusing in on the action, automated multi-channel sound mixes, to powerful media management tools linking live action with real-time metadata to speed production and automate match highlights creation.

You’ll hear about cutting-edge tools for live sports production and hear from leading broadcasters that are using them. 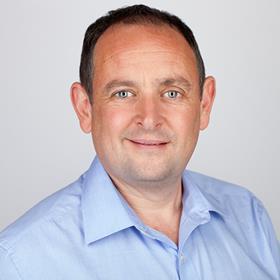 Daniel McDonnell began his career as a trainee at the BBC in 1989. He worked for the corporation for 17 years as an engineer and VT operator and in later years as an editor.

He formed Timeline in 2006 to specialise in providing server systems and shared edit systems to the broadcast sector. The company has now grown to have more than 130 full time staff. Covering large sporting events such as Wimbledon, Timeline TV provides outside broadcasts, post-production and studio-based services to major UK and International networks such as the BBC and ITV, as well as to the independent sector.

For the America’s Cup the company developed robotic, waterproof camera systems to capture the action from the competing yachts. It also recently designed and built the world’s most advanced IP 4K HDR outside broadcast truck. 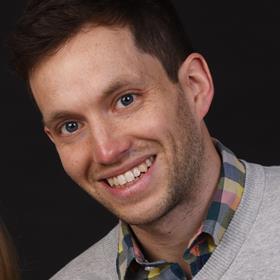 Once an academic, now an entrepreneur; Rob completed his PhD at the University of Salford in Audio technology, and continued working at the university in a research and consultancy for several years until he co-founded Salsa Sound Ltd.

Patented technology from his research led to the recent formation of spin-out company (Salsa Sound) which received backing from the Royal Academy of Engineering who appointed Rob as one of their Enterprise Fellows. Salsa Sound focuses specifically on sports broadcast and Rob’s goal is to make the sound of sport on the TV more engaging, more cinematic and more interactive. 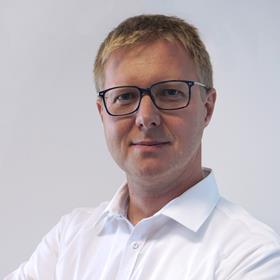 He has a deep understanding of live production workflows and extensive experience analysing customer needs across global markets. He launched his career at EVS as a software engineer and subsequently held management-level positions, including R&D manager; product manager and market solutions manager.

Prior to joining Tedial he served as vice president of products, responsible for overseeing the team tasked with developing the company’s next-generation solutions. Jerome holds a degree in Masters in Engineering in Electro-Mechanics from Liège University, Belgium where he also served as an assistant teacher. 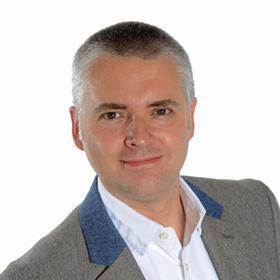 As Founder and Managing Consultant at High Green Media, Rob has expert knowledge of media business systems and the content supply chain – ranging from scheduling and rights management through to content operations, media asset management and workflow. He’s focused on the transformative impact of cloud and data analytics on the media technology landscape.

He’s an active speaker and presenter on media and entertainment industry trends and has extensive international experience, working directly with media companies and vendors in Europe, the Middle East, Africa, Asia and North America. Rob holds an MBA with Distinction from Imperial College, London.