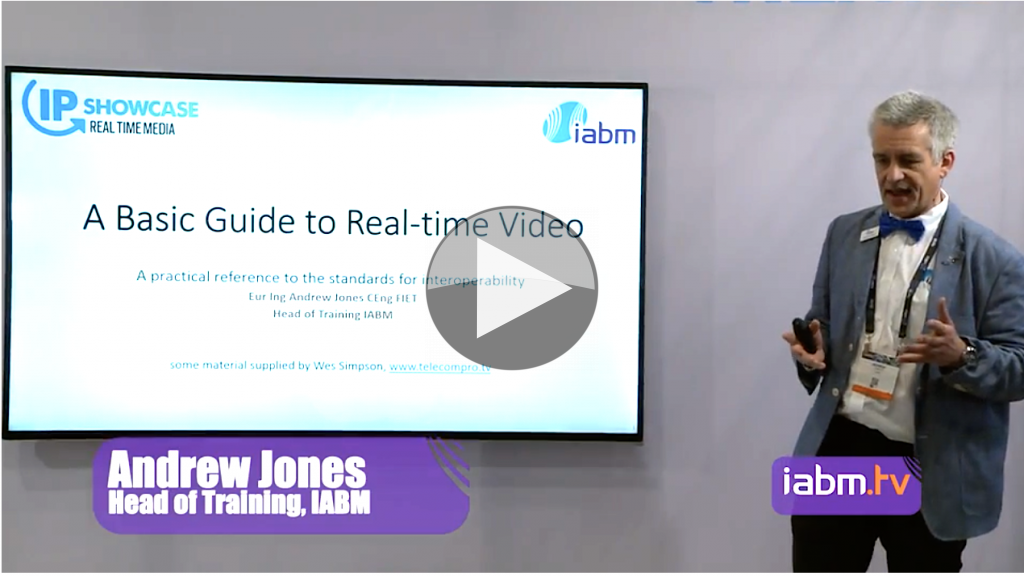 There are a lot of videos looking into the details of uncompressed video over IP, but not many for those still starting out – and let’s face it, there are a lot of people who are only just embarking on this journey. Here, Andy Jones takes us through the real basics do prove very useful as a building block for understanding today’s IP technologies.

Andy Jones is well known by many broadcast engineers in the UK having spent many many years working in The BBC’s Training and Development department and subsequently running training for the IABM. The news that he passed away on Saturday is very saddening and I’m posting this video in recognition of the immense amount he has contributed to the industry through his years of tireless work. You can see from this video from NAB 2018 his passion, energy and ability to make complicated things simple.

In this talk, Andy looks at the different layers that networks operate on, including the physical layer i.e. the cables. This is because the different ways in which traffic gets from A to B in networking are interdependent and need to be considered as such. He looks at an example network which shows all the different standards in use in an IP network and talks about their relevance.

Andy briefly looks at IP addresses and the protocol that makes them work. This underpins much of what happens on most networks before looking at the Real-time Transport Protocol (RTP) which is heavily used for sending audio and video streams.

After looking at how timing is done in IP (as opposed to black and burst) he has laid enough foundations to look at SMPTE ST 2110 – the suite of standards which show how different media (essences) are sent in networks delivering uncompressed streams. AES67 for the audio is also looked at before how to control the whole kit and caboodle.

A great primer for those starting out, watch now! 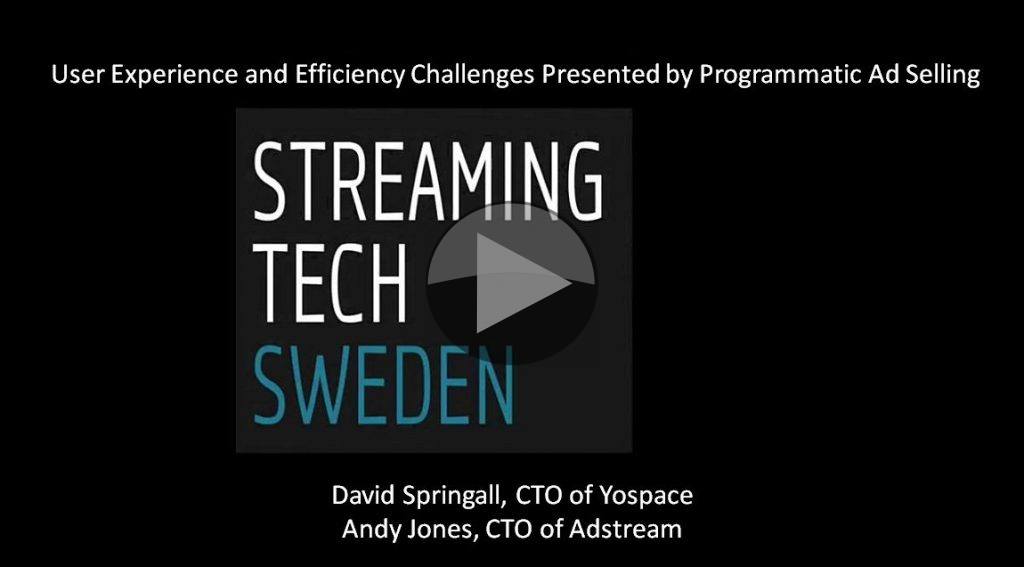 Bringing us real world experience, David Springall, CTO Yospace, Andy Jones, CTO of Adstream, talk about how server-side ads get inserted, sold and what are the benefits? This talk from Streaming Tech Sweden covers:
– A standardised approach to ad copy management through trusted third-parties addresses key safety, user experience and efficiency challenges presented by open marketplace programmatic ad selling
– The need for a significant change in the way in which advertising is trafficked in Demand and Supply-side Platforms
– Advertisers that are demanding greater visibility across all campaigns to drive creative effectiveness
– Engaging the creative process to produce targeted marketing messages, avoid ad fatigue, and drive the value of ad insertions

Streaming Tech Sweden is the tech-conference for the Streaming Tech Community. With a dedicated focus on the technology for video streaming, this is the meeting place to be educated and inspired by experts in this area, network with the community and bring home new thoughts and ideas. With a no-sponsors policy we can independently choose the topics and speakers we and the community find most important and relevant.