Now on version 2.0.1, HbbTV has been adopted around the world. The UK has the Freeview Play live and on-demand service based on HbbTV 2.0, delivered over satellite. New Zealand and Australia also have a Freeview-labelled service. Turkey and Saudi Arabia have services on HbbTV and Finland has been on air sine 2013 with HbbTV.

This webinar looks at what’s new in 2.0.1 and focusses on the possibilities of targeted advertising, highlighting the RTL Group’s world first swapping over-the-air ads for internet-delivered adverts.

This webcast will discuss: 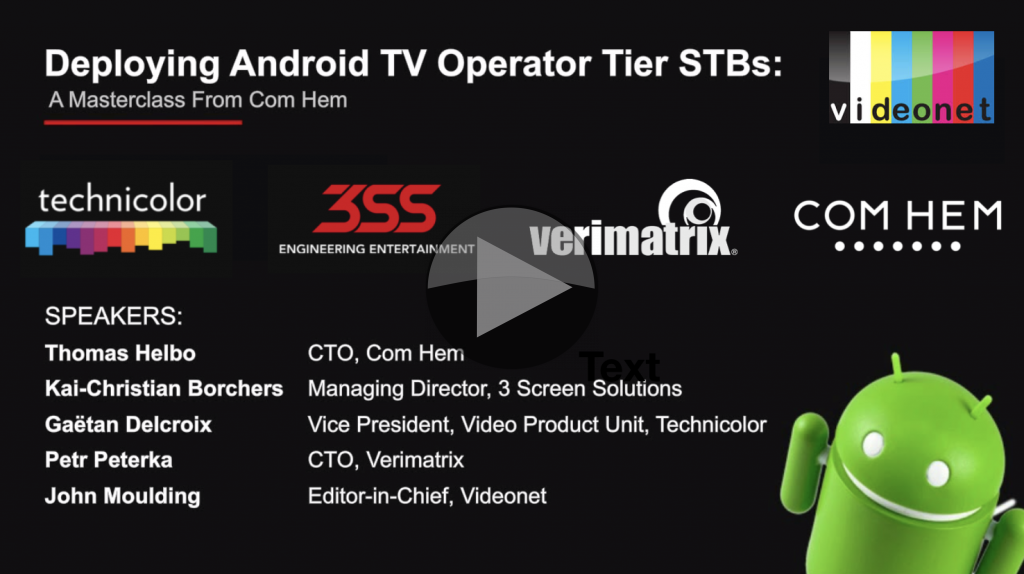 It’s not easy doing a complete STB roll-out so it’s great that Com Hem have brought together 3 Screen Solutions, Technicolor and Verimatrix to explain how they rolled out the first hybrid Android TV Operator Tier STV from Com Hem. Joining John Moulding from Videonet the session talks about: 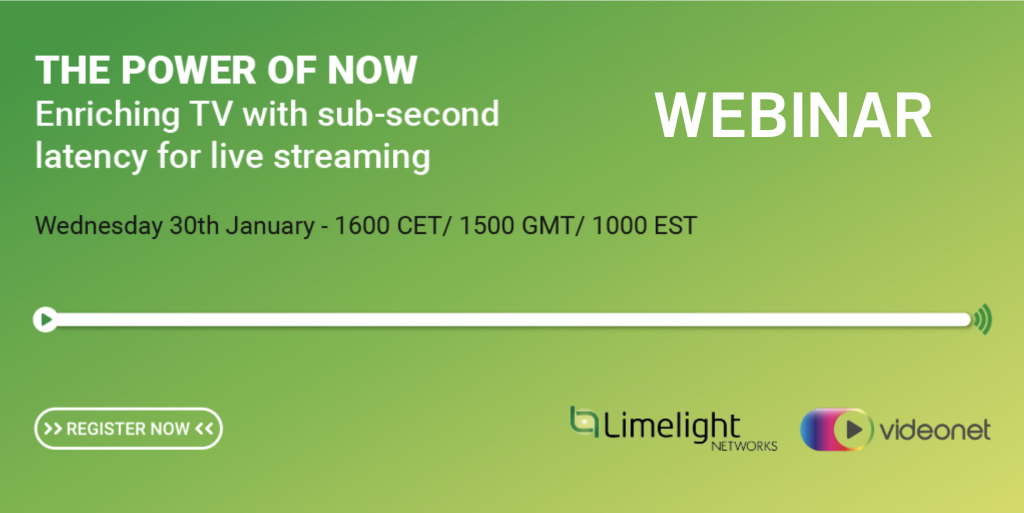 Limelight, Streaming Video Alliance and Videonet come together to discuss the introduction of WebRTC’s sub-second latency for live streaming which is opening the way for a ‘better-than-broadcast’ experience – enabling new ways to engage viewers and monetise them.

WebRTC provides real-time video delivery and can now be implemented in a CDN environment for large-scale distribution and has extremely low latency.

On Demand Webinar
This webcast assesses the benefits that Unified Headend delivers using software-defined video solutions. It outlines the extent to which operational efficiencies can be maximised even without virtualization.